The Minus 5 posts musical tribute to Michael Nesmith 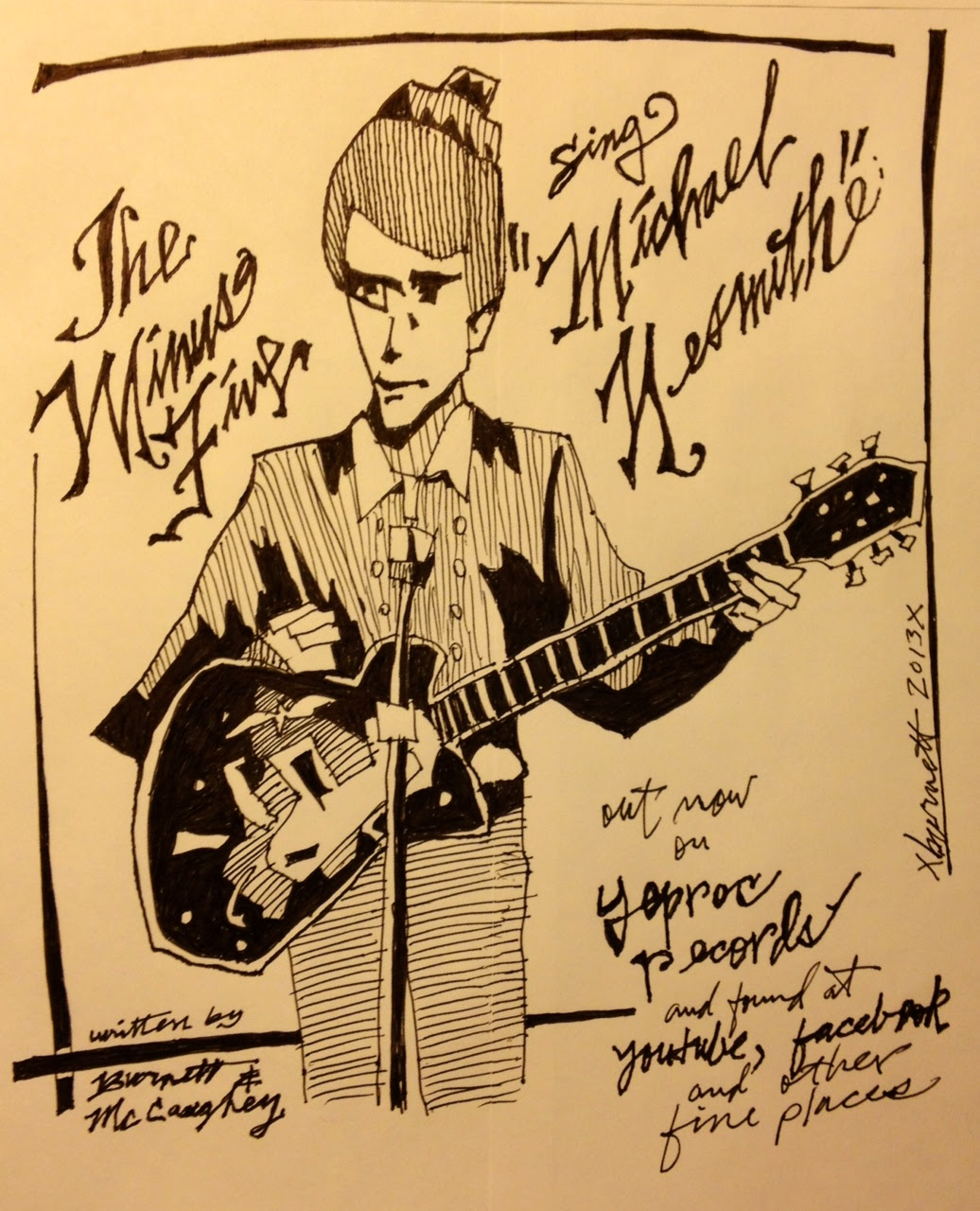 Michael Nesmith was a fine young man
Took up a guitar in big Texan hands
Rode into town for the picture show
Heard about a gig on the radio...

So begins The Minus 5’s 9-minute tribute to Michael Nesmith, and our first taste of the “forever forthcoming Minus 5 album,” according to band member Scott McCaughey:
My pal Bucks Burnett wrote an epic poem called "Michael Nesmith".  I didn't really understand it but I like things that I don't understand - so I made it a lot longer and put in a lot of my own mystical feelings about the man.  Then I strummed it and sang it - that was the easy part.  I've loved Nez since the Monkees days, and have been a big fan of his solo work.  I am thrilled that he is embarking on a rare U.S. solo tour starting now (March 21, 2013), and thought it'd be cool to pay tribute by putting this song up into the ether.  Don't be afraid.  It's a small taste of the forever forthcoming Minus 5 album.  Go see Michael Nesmith if he comes to your town!  I know I will.
Don’t miss the lyric video in the media player below, featuring the iconic green wool cap. The song isn't available for purchase just yet, but you can find other music and merchandise from The Minus 5 HERE at the Yep Roc Store.

Posted by Robert Kinsler at 2:16 PM

Email ThisBlogThis!Share to TwitterShare to FacebookShare to Pinterest
Labels: Michael Nesmith, Robert Kinsler, The Minus 5, The Monkees, Yep Roc