Sights and Sounds: The Who Isle Of Wight coming to DVD and Blu-ray

Exciting news that another legendary performance from The Who is coming to DVD and Blu-ray... 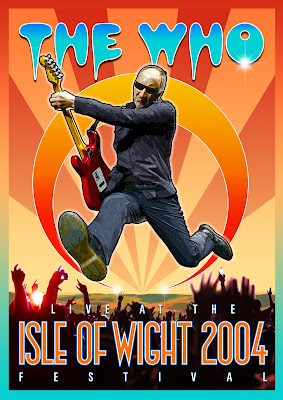 On June 2, 2017, Eagle Rock Entertainment will release Live At The Isle Of Wight Festival 2004 by The Who on DVD+2CD, Blu-ray+2CD and Digital Formats.
This is the first ever home entertainment release for of this brilliant show, which includes blistering versions of classics like “Substitute”, “Baba O’Riley”, “Won’t Get Fooled Again”, “You Better You Bet”, “I Can’t Explain”, “Pinball Wizard”, “Who Are You”, “My Generation”, “Magic Bus”, and many more!
In 2004, The Who returned to the Isle Of Wight Festival for the first time since their legendary 1970 performance. After a long absence, the festival had been reborn in 2002 and continues to this day. The Who’s UK concerts in 2004 were the first in their home country since the death of founding member / bassist John Entwistle. As the evening shadows lengthened across the festival site, The Who took to the stage and delivered an incendiary performance packed with hit singles and classic album tracks. The concert more than lived up to the fans’ expectations and memories of 1970.
The Line-Up for this show featured Roger Daltrey (vocals); Pete Townshend (guitars, vocals); Simon Townshend (guitars, vocals); Pino Palladino (bass); Zak Starkey (drums) and John “Rabbit” Bundrick (keyboards, piano).
The Who is forever linked with the storied history of this great festival and Live At The Isle Of Wight Festival 2004 shows just why this incredible canon of songs, and the band themselves, remain as vital and important as ever.
TRACK LISTING
1) I Can’t Explain
2) Substitute
3) Anyway, Anyhow, Anywhere
4) Who Are You
5) Behind Blue Eyes
6) Bargain
7) Baba O’Riley
8) The Punk And The Godfather
9) 5:15
10) Love, Reign O’er Me
11) Eminence Front
12) Drowned
13) Naked Eye
14) Real Good Looking Boy
15) You Better You Bet
16) My Generation
17) Old Red Wine
18) Won’t Get Fooled Again
19) Medley: Pinball Wizard / Amazing Journey / Sparks
20) Medley: See Me, Feel Me / Listening To You
21) Magic Bus
Posted by Robert Kinsler at 2:26 PM No comments:

If you missed my review of the amazing new Gary Clark Jr. live album, you can read it here. Below is news on the gifted singer-songwriter-guitarist's new North American tour dates, including four highly-anticipated dates where the artist is opening for legendary Eric Clapton at The Forum here in Southern California. In addition, I had the chance to catch Beck at the Brooklyn Bowl in Las Vegas last year and I can't say enough good things about that venue. One of the just-announced dates includes a performance at Brooklyn Bowl on June 20, 2017...

Here is a media release of interest to fans of the artists who are set to be inducted into the Rock and Roll Hall of Fame this year...

The Rock & Roll Hall of Fame will unveil a new exhibit on March 31 highlighting the 2017 Inductees: Joan Baez, ELO, Journey, Pearl Jam, Tupac Shakur, Yes and Musical Excellence Award recipient Nile Rodgers.
The opening of the exhibit comes in advance of the 32nd Annual Rock & Roll Hall of Fame Induction Ceremony, which will be held at the Barclays Center in Brooklyn, New York on April 7. The Rock Hall in Cleveland will also host an official simulcast party where fans will have a chance to explore the exhibit and experience a live feed of the Ceremony.
The exhibit will highlight this year’s class and their impact on music history by showcasing  many iconic items that span the careers of these legends. Some of the items featured in the exhibit include:

The 2017 Inductee exhibit will also include a video in the “For Those About to Rock” theater highlighting speeches and special moments from past Induction Ceremonies and will be updated with 2017’s Inductees after this year’s Induction Ceremony takes place. There is also a video wall outfitted with soundbars powered by Klipsch Audio that will share interviews with the 2017 Inductees and behind-the-scenes footage from the Induction Ceremony and rehearsals. The Ceremony will premiere on HBO on Saturday, April 29 at 8 p.m. ET/PT.

About the Rock & Roll Hall of Fame
Rock Connects Us. Our mission is clear: To engage, teach and inspire through the power of rock and roll. We share stories of the people, events and songs that shape our world through exhibits, innovative programs and concerts. Join the millions who love it as much as you do. Experience us live or online – Visit rockhall.com or Facebook, Twitter and Instagram (@rockhall). Long Live Rock!
Posted by Robert Kinsler at 7:47 AM No comments:

Bastille is one of the artists I look forward to catching at Coachellafest next month! Here is a timely media release about the band that landed in my inbox this morning... 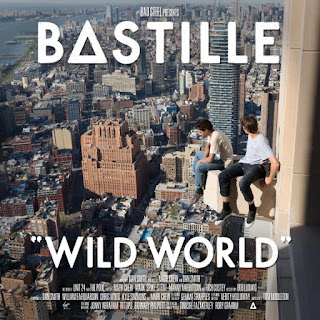 Bastille kicks off the U.S. leg of its "Wild, Wild World Tour" tonight with a concert at Agganis Arena in Boston. The extensive run will include shows at Barclays Center in Brooklyn, NY (March 30), The Novo in Los Angeles, CA (April 19) and BBT Pavilion in Camden, NJ (May 13). The band will also perform at the Maverick Festival in San Antonio, TX (April 8) and Coachella in Indio, CA (April 15 and 22). See below for itinerary. Tickets are available HERE. Citi is the official credit card of the "Wild, Wild World Tour."
The band - which recently took Best Album honors at the NME Awards for Wild World (Virgin Records) - will perform on"Late Night With Seth Meyers" on March 29 and "The Late Late Show With James Corden" on April 18. "Blame," the second single fromWild World, has entered the Top 10 of Billboard's Alternative Songs chart. The accompanying video, which already has nearly three million views, can be viewed HERE.
"Good Grief," the first single fromWild World,charted at No. 1on Mediabase's Alternative Airplay chart and has more than 135 million streams globally to date, including over 30 million in the U.S. alone. It is the band's second chart-topper at Alternative radio. The 5x Platinum single "Pompeii," from Bastille's 2013 debut album, Bad Blood, topped the Alternative chart for four weeks in 2013.