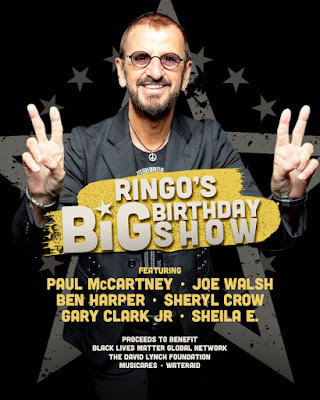 Big news for fans of modern-day bluesman Joe Bonamassa, who is set to reissue a very special version of his debut disc 'A New Day Now' in celebration of its 20th anniversary. Here is the official media release - Robert Kinsler 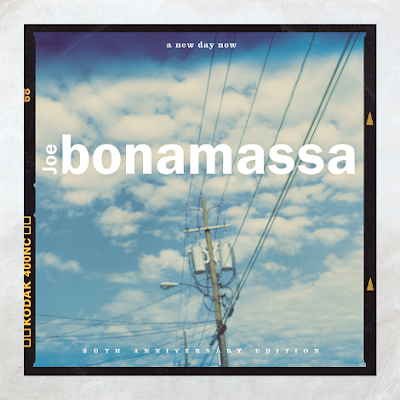 Whether you are looking for a great concert film title, essential reissue or something completely new, this roundup features titles aimed at discerning music lovers... 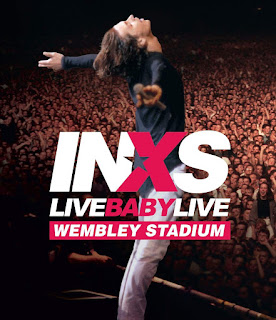 Artist: INXS
Title: Live Baby Live (Eagle Vision)
You might like if you enjoy: INXS
Tell me more: The release of Live Baby Live has provided a magical way to rediscover INXS. Filmed at Wembley Stadium in London, Live Baby Live chronicles the Australian outfit's full-length headlining concert in front of more than 73,000 fans on July 13, 1991. The band was on fire throughout the satisfying set, and the title (available via 4K and HD digital download, 4K Ultra High Definition Blu-ray, Blu-ray and DVD) looks and sounds fantastic. Indeed, the original 35mm film was completely restored for the debut commercial run shown in theaters around the world in late 2019; additionally the audio was remixed and remastered by Giles Martin and Sam Okell at Abbey Road Studios — the concert is presented in full for the first time and is spectacular. Watching the captivating performance by charismatic singer Michael Hutchence and his five bandmates thrill the crowd for more than 90 minutes, the parade of hits and satisfying deep cuts never falters.  Exciting takes on "New Sensation," "Original Sin" (the band's first #1 hit in their native Australia), "Mystify," "Need You Tonight," "Devil Inside" and many more are obvious favorites; the band's powerful dance rocker "Suicide Blonde," soulful "Disappear," acoustic ballad "By My Side" and ornate "Lately" are among the other delights showcased across the film. The physical packages feature new 4K-sourced photography from the show, new notes from the band and an essay by broadcaster and super INXS fan Jamie East, who was in the crowd that day. Information: eagle-rock.com. 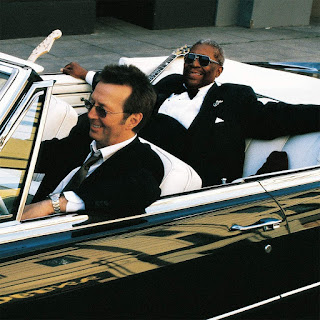 Artist: Eric Clapton & B.B. King
Title: Riding With The King (Reprise Records)
You might like if you enjoy: Eric Clapton, B.B. King
Tell me more: When blues titans Eric Clapton & B.B. King teamed up to record tracks for the June 2000 LP Riding With The King, the results were glorious and earned the duo the 2000 Grammy Award© for Best Traditional Blues Album. Now an expanded and remastered 20th Anniversary edition of the album shines a well-deserved look back at the magical project. The uplifting John Hiatt-penned title track, wistful Chicago blues ballad "Ten Long Years" (showcasing King's expressive baritone vocals), blues rocker "I Wanna Be" and swinging "Days of Old" resonant with all the power that greeted the release's arrival two decades ago. Other standouts include a Delta-flavored cover of the William Broonzy & Charles Seger classic "Key to the Highway," the funky "Marry You" and poignant blues gospel cut "Help the Poor." Two additional tracks recorded during the original 1999 sessions are available for the first time; the acoustic "Rollin' and Tumblin' " finds Clapton and King trading verses on the blues standard while the LP is capped with an unheard cover of Willie Dixon's powerful "Let Me Love You Baby" featuring King in one of his most mighty vocal performances on the disc. There is a warmth and authenticity as the two long-time friends and icons share lead vocals, guitar licks, a love of the blues and musical bond across the 14 tracks. Among the famed musicians who are featured with Clapton and King are Nathan East, Doyle Bramhall II, Jim Keltner and Andy Fairweather Low. The 14-track collection is available in all formats including a 180-gram black double vinyl package. A limited edition 180-gram blue vinyl double LP set is available exclusively via Clapton's official online store and at indie retailers. The vinyl was mastered by Chris Bellman at Bernie Grundman Mastering in Los Angeles. Information: EricClapton.com. 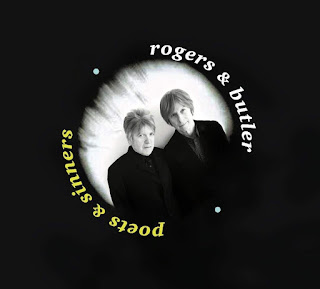 Artist: Rogers & Butler
Title: Poets & Sinners (Zip Records)
You might like if you enjoy: Badfinger, Shoes, the Kinks, the Hollies
Tell me more: Having issued the impressive four-song EP Diana Dors in early 2019, Rogers & Butler are back with their wonderful new full-length debut Poets & Sinners. Edward Rogers (vocals) and Steve Butler (vocals, guitar) lead a musical troupe of seven other musicians who collectively display a muscular style of melodic rock strongly rooted in classic song craft and bolstered by loads of inventive touches and winning harmonies. The tuneful "A Satisfied Mind," chamber pop gems "Writing to the Moon" and "Luv Lock Bridge," nuanced title track, Kinks-flavored "Skimming Milk from the Cream" and the propulsive power pop rocker "Jump Like Alice" are among the killer originals on the inviting album. Information: amazon.com.

Artist: Tara Dente
Title: Truth in the Mud (Travianna Records)
You might like if you enjoy: Emmylou Harris, First Aid Kit, Whitney Rose
Tell me more: Set for release on July 17, plan to nab Tara Dente's outstanding third album release Truth in the Mud when you can. The disc's Americana soundscape is beautifully-rendered via the artist's magnificent soprano vocals and assured song craft. Dente wrote all seven songs on the album, and a diverse range of real-life feelings and emotional drives abound across the disc. The songs are melodic, artfully arranged and herald not only the New Jersey songstress' top-tier talents but those of her terrific band The Blind Pilots. The wealth of compelling material includes the bewitching single "Hill So Steep," moody title cut, beautiful "Enough," tender confessional "Let a Good One Go" and Gypsy music-mining ace "Ain't No Time." Information: TaraDente.com.

Posted by Robert Kinsler at 11:08 AM No comments:

While we all wait for concert venues to get back up and running, you can still use this time to catch some pretty cool content online. Here is a quick roundup... 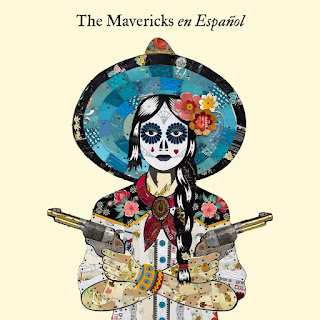 The Mavericks have announced the release of their first Spanish album, En Español, coming Aug. 21, 2020. View the wonderful performance video for "Poder Vivir" here. En Español features a compelling mix of standards and Spanish-language originals in signature Mavericks style. Get more information about the upcoming release via the band's official website.


Nashville-based blues guitarist/singer JD Simo today releases the music video for his recently released  single, “One of Those Days” from his forthcoming full-length album, JD Simo due out on August 21, 2020 on Crow’s Feet Records. The animated lyric is cool and it's a great song too! I caught JD Simo when he opened for Big Head Todd and the Monsters in December 2017 and he was fantastic (read a review of that show here). Watch the video for "One of Those Days" here. 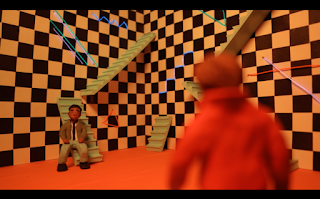 Grammy-winning producer Flume shares a super cool Claymation video for the remix of “The Difference” featuring Toro y Moi from British electronic artist, producer and composer Jon Hopkins today—listen and watch the video here. The electronica-styled rework will be featured on a remix package out tomorrow, June 26, alongside edits from High Contrast, Picard Brothers and Willaris. K.


The Dirty Clergy have  premiered the new "Whiplash" music video from their recent album In Waves. Check out the dreamy track and inviting video here.


Finally, the official debut of the music video of Michael Ubaldini's "Peace Sign" will premiere at 5 p.m. (Pacific Time) on July 3rd! You can read the lyrics to that great track and get a reminder when the video is live here.

So exciting that The Psychedelic Furs have a new album coming out at the end of next month. You can get a listen to the new track "Come All Ye Faithful" from that album now. The band was fantastic when I caught them on July 19, 2018 - read that review here...

Taken from the forthcoming album 'Made Of Rain' 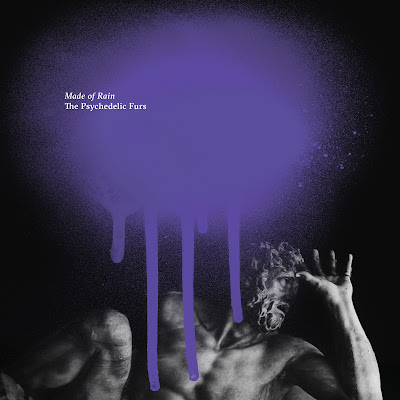 “…their strongest since Forever Now.”
MOJO ****
“An elegant and grand showstopper.”
UNCUT 8/10
“Art-rock archdukes…are back with the mesmerising ‘Made of Rain.'”
RECORD COLLECTOR
“Well worth the wait.”
VIVE LE ROCK 8/10

The Psychedelic Furs have today made available a new song, "Come All Ye Faithful," from their highly anticipated new album, Made Of Rain, released through Cooking Vinyl on Friday 31st July. "Come All Ye Faithful" is the fourth track to be released ahead of the album, alongside "No-One," "Don’t Believe" and "You’ll Be Mine." All four tracks can be streamed and downloaded immediately when you preorder Made Of Rain from: https://psychfurs.lnk.to/MoR.

Made Of Rain is available on CD, Double Gatefold vinyl in limited splatter and color variants as well as exclusive formats and autographed options via the Official Store.
From its exhilarating opening bars, Made Of Rain is classic Psychedelic Furs in both its sound and execution. It’s a joy to hear again, fresher than ever. Their peerless permutations of art, aggression and ambience drive the dynamics, and it’s always been this originality which has set them apart, a cut above. The album was produced by Richard Fortus with The Psychedelic Furs, whilst mixing duties were handled by Tim Palmer (David Bowie, U2, Robert Plant).

In recent years the band have toured continually, completing a tour of North America in 2019 and played acclaimed shows at The Hollywood Bowl, All Points East, Hyde Park and Benicàssim. A celebrated handful of UK shows including headlining the prestigious Meltdown at the Royal Festival Hall at Robert Smith of The Cure’s request. This past October, the band played a sold-out tour of the UK and Europe which culminated in a triumphant show at the Roundhouse in London. The Furs will return to London on April 27th 2021 to headline their rescheduled Royal Albert Hall show.

The last few years has seen the band’s legend growing, highlighted by the fact they have scored over 150 million streams of their songs worldwide. Their influence since arriving on the post-punk scorched-earth landscape four decades ago has reverberated and resonated from everyone from The Strokes to The Killers to REM to Foo Fighters to Bob Dylan has sung their praises.

Posted by Robert Kinsler at 9:15 AM No comments: 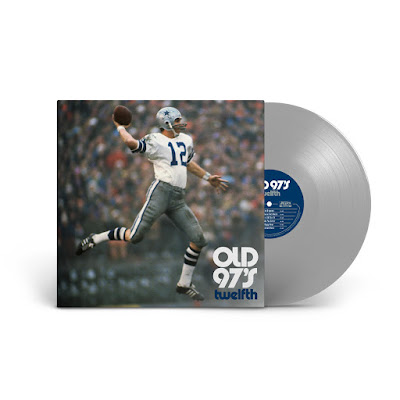 We're excited to announce our 12th studio album, appropriately named Twelfth, coming out August 21 on ATO Records. Produced by Vance Powell, who also produced Graveyard Whistling, it was recorded in Nashville during the tornadoes right before the pandemic hit. Pre-order link. The first single — "Turn Off the TV" — is out today and is featured in a video directed by Liam Lynch that features Puddles the Clown and several other noteworthy cameos.

Watch the cool video for the first single, "Turn Off The TV" here.
Posted by Robert Kinsler at 9:54 AM No comments:

Posted by Robert Kinsler at 8:29 AM No comments: