This just landed in my inbox and I had to share! What a great cast of musicians banding together for a tribute (it arrives on May 28, 2021)...Robert Kinsler 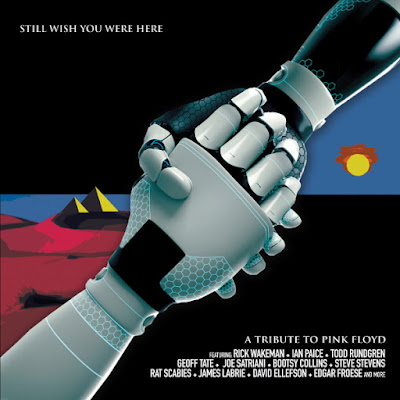 Los Angeles, CA - Pink Floyd’s 1975 album, Wish You Were Here, surely counts as one of the greatest rock albums of the 20th century. A musically and emotionally complex tribute to the band’s former leader, vocalist Syd Barrett, whose deteriorating mental health had caused the band to oust him in 1968, the album has become a touchstone for a generation of artists who sought to achieve the synthesis of brilliant, multi-part suites, poignant ballads, and heady melodic rockers that Roger Waters, David Gilmour, Richard Wright & Nick Mason realized on this album.

Still Wish You Were Here will be available on both CD in a beautiful 6-panel deluxe digipak and a stunningly gorgeous gatefold vinyl in a variety of colors!

Posted by Robert Kinsler at 1:54 PM No comments:

Here is news announced earlier today; The Shootouts' sophomore LP "Bullseye" is out now. You can read my 2019 review of the band's debut "Quick Draw" HERE. Robert Kinsler

Posted by Robert Kinsler at 12:03 PM No comments:

A nice way to kick off the weekend with this stellar news; I love Sturgill Simpson's emotive take on John Prine's "Paradise." Make sure to check out the official media release below...Robert Kinsler 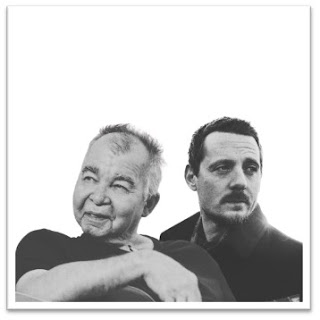 April 30, 2021—A new version of John Prine’s beloved song, “Paradise,” performed by Sturgill Simpson, is out today on Oh Boy Records. Listen/share HERE. The song—whose proceeds benefit UNICEF USA’s Covid-19 Relief Fund—will be featured on the forthcoming Prine tribute record, Broken Hearts and Dirty Windows: Songs of John Prine, Vol. 2, out October 8 on Oh Boy Records (pre-order here).
Simpson’s version of “Paradise” is the last song recorded at The Butcher Shoppe—the studio Prine founded with Grammy Award-winning producer and engineer David Ferguson—before the building’s demolition later this year. The studio was a meaningful place to Prine and Simpson, who shared a writing space in the building and recorded there numerous times throughout their respective careers. Reflecting on Prine’s influence, Simpson shares, “For myself along with many others, he was a mentor. He was very giving with his timew and wisdom, and we were all grateful to get to know him.”
Each month ahead of the October release, Oh Boy will unveil a new artist and song that is featured on the tribute album. “Paradise” is the second track released, following Brandi Carlile’s rendition of “I Remember Everything,” which she performed during the 63rd GRAMMY Awards where the song won two awards: Best American Roots Song and Best American Roots Performance. Written by Prine and his longtime collaborator Pat McLaughlin, “I Remember Everything” is Prine’s first #1 single and was recorded by Grammy Award-winning producer Dave Cobb and engineer Gena Johnson.
The release adds to an esteemed legacy for Oh Boy Records, which is celebrating its 40th anniversary this year. The country’s second oldest artist-owned independent label and the oldest in Nashville, Oh Boy was founded in 1981 by Prine and his longtime manager Al Bunetta and has since gone on to release more than fifty audio and video recordings while continuing to be a vital part of Nashville’s independent music community. To commemorate the milestone, Oh Boy will roll out several special releases this year including a new documentary series, “Big Old Goofy World: The Story of Oh Boy Records,” which chronicles the label’s rich history and legacy. Directed by Joshua Britt and Neilson Hubbard, the first installment of the series is debuting today—watch HERE.
Regarded as one of the English language’s premier phrase-turners, Prine is a four-time Grammy-winner, a Grammy Lifetime Achievement Award honoree, a seven-time Americana Music Award-winner, a PEN New England Lyrics Award recipient and member of both the Songwriters Hall of Fame and the Nashville Songwriters Hall of Fame. Since his debut in 1971, Prine released over eighteen albums and has had his songs recorded by Johnny Cash, Carly Simon, Bette Midler, Bonnie Raitt, Norah Jones, George Strait, Miranda Lambert, Zac Brown Band and many others, while drawing effusive praise from Bob Dylan, Kris Kristofferson, Bonnie Raitt, Roger Waters, Tom Petty, Bruce Springsteen and more, who knew him as a smiling, shuffling force for good.
Posted by Robert Kinsler at 8:33 AM No comments:

There are so many amazing songs on this upcoming collection. Just listen to the advance track and new video for "We're On Our Way Now," so magnificent. Prepare to be wowed! Robert Kinsler

Posted by Robert Kinsler at 12:34 PM No comments:

'Just a Gigolo' starring David Bowie out on Blu-ray, DVD & Digital on June 29 from Shout! Factory

A 1978 classic starring David Bowie and film legend Marlene Dietrich - in her final role - will get its long-awaited release on June 29, 2021...Robert Kinsler 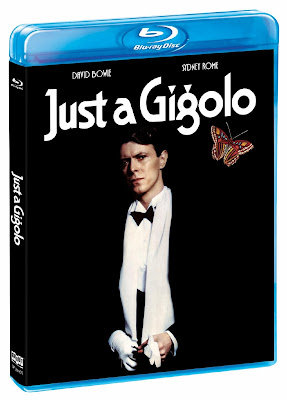 Posted by Robert Kinsler at 9:50 AM No comments:

Some of rock music's greatest 90s-spawned artists will be featured on forthcoming AXS TV series...Robert Kinsler 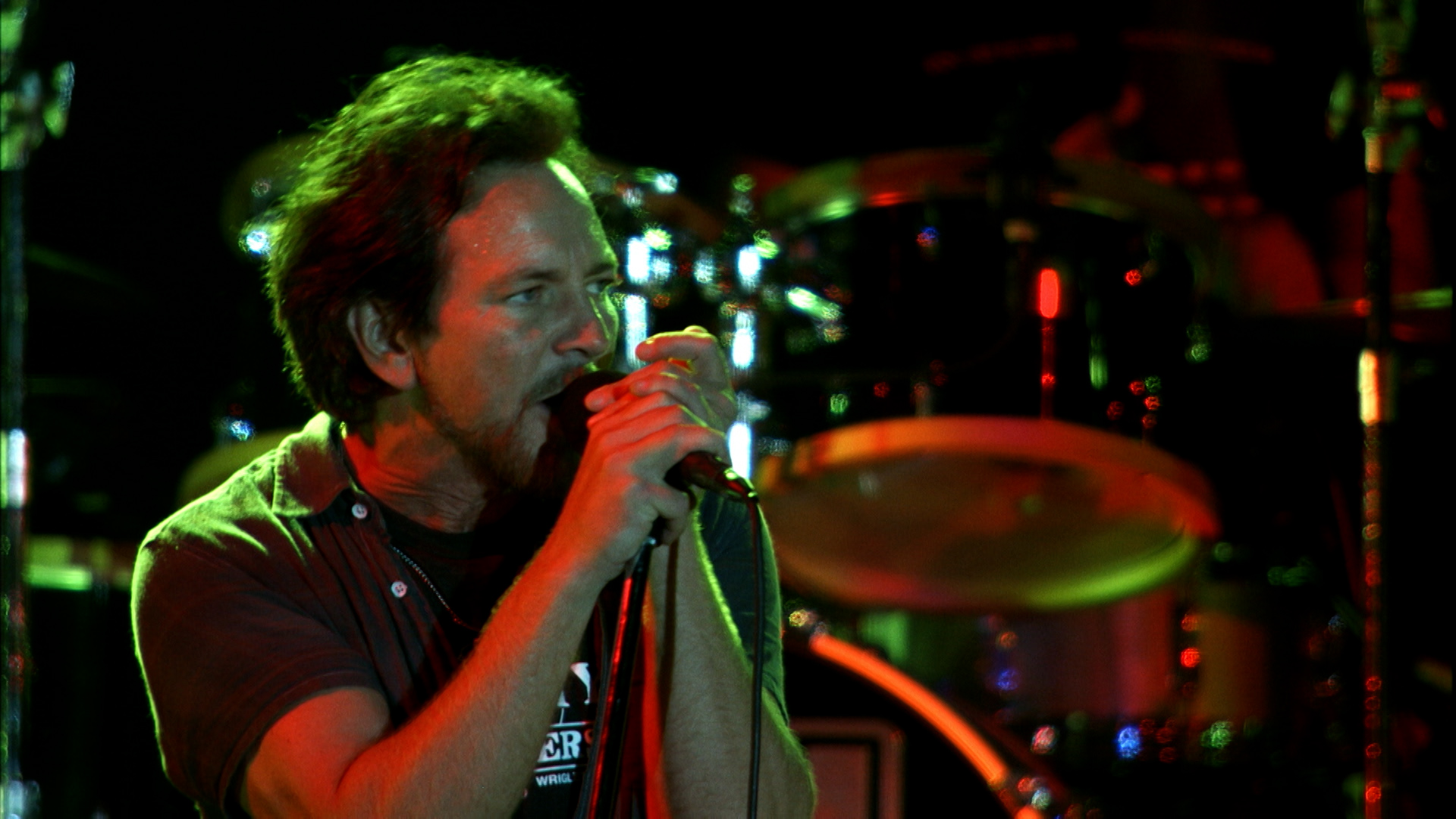 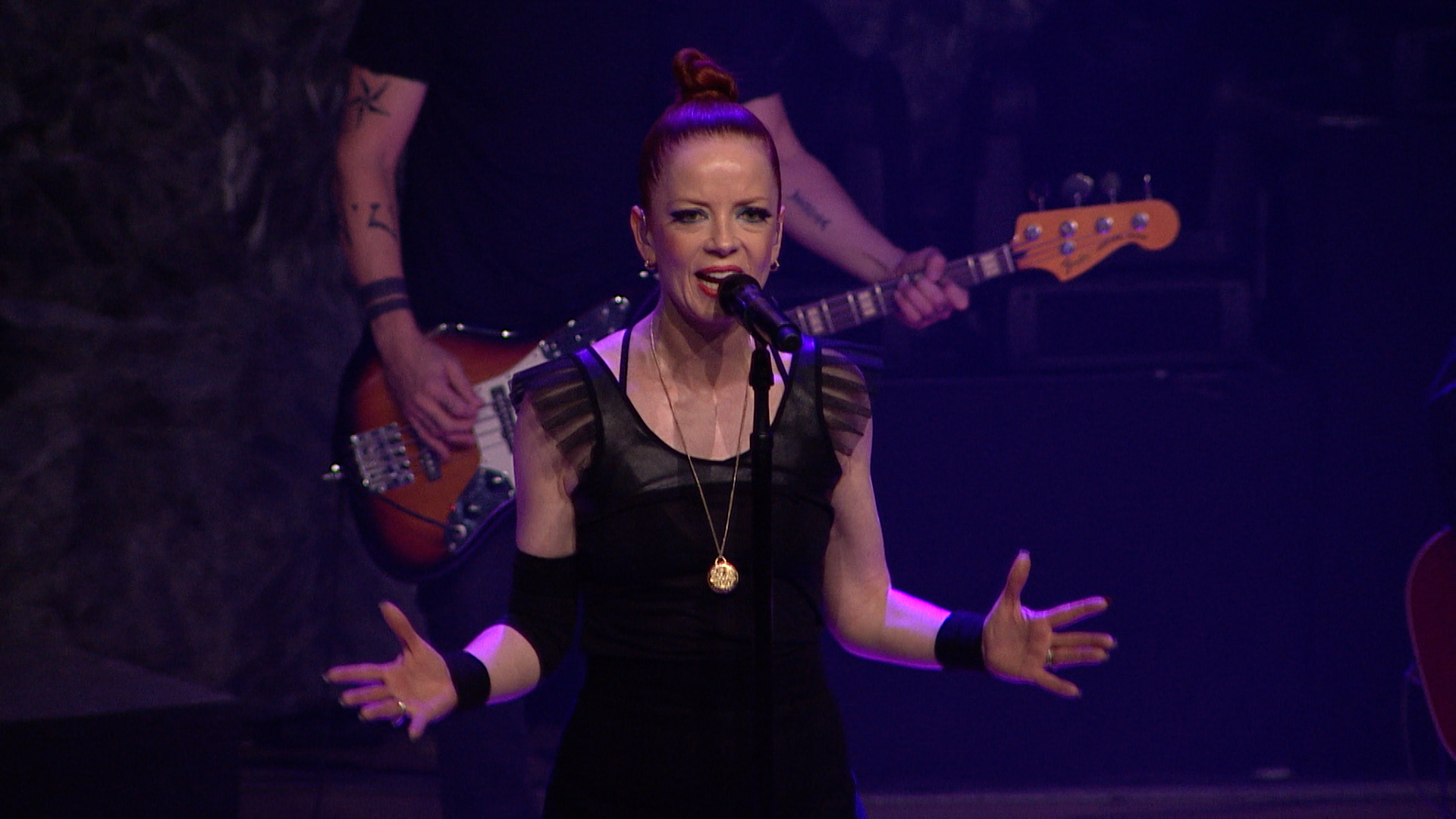 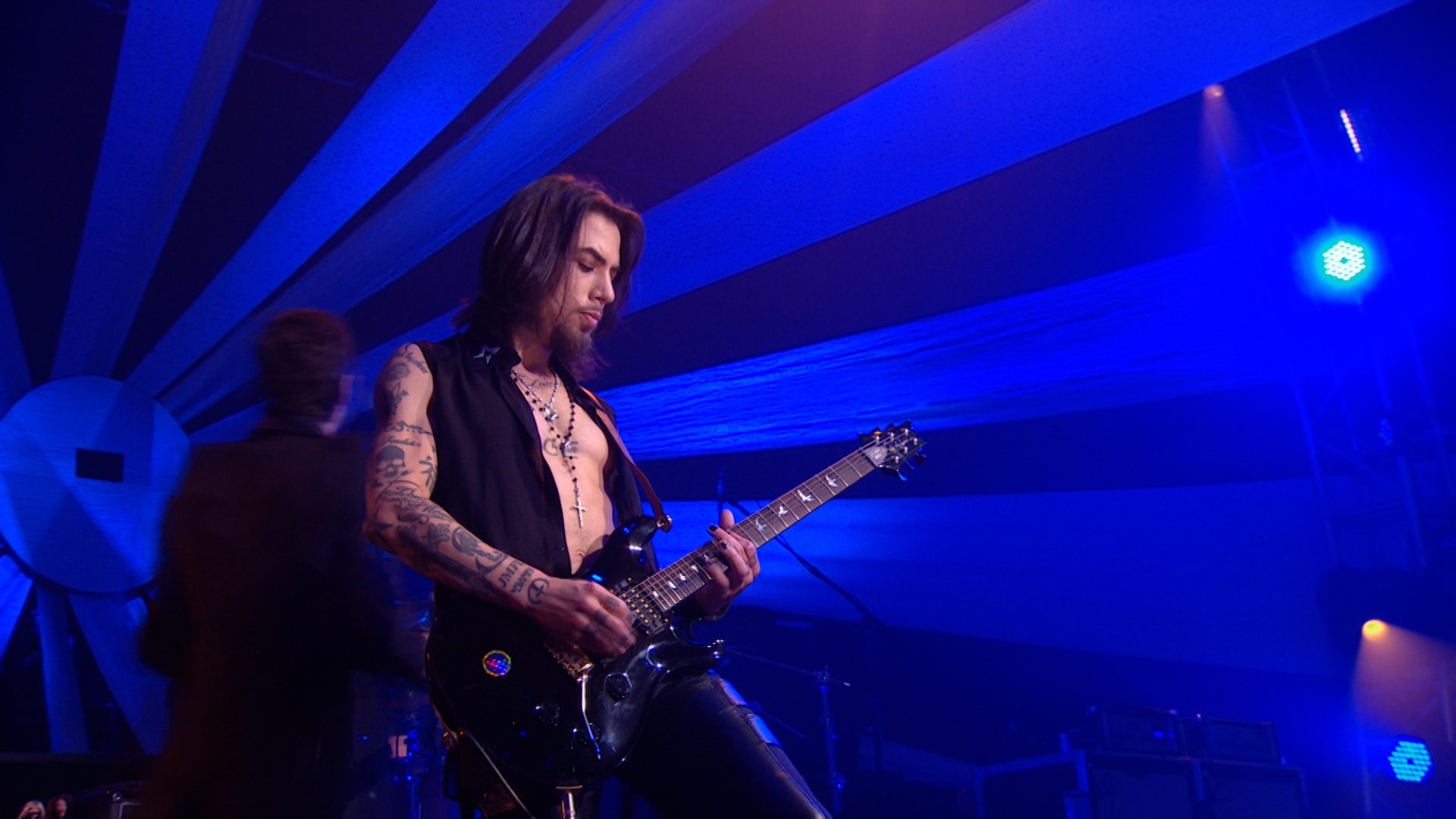 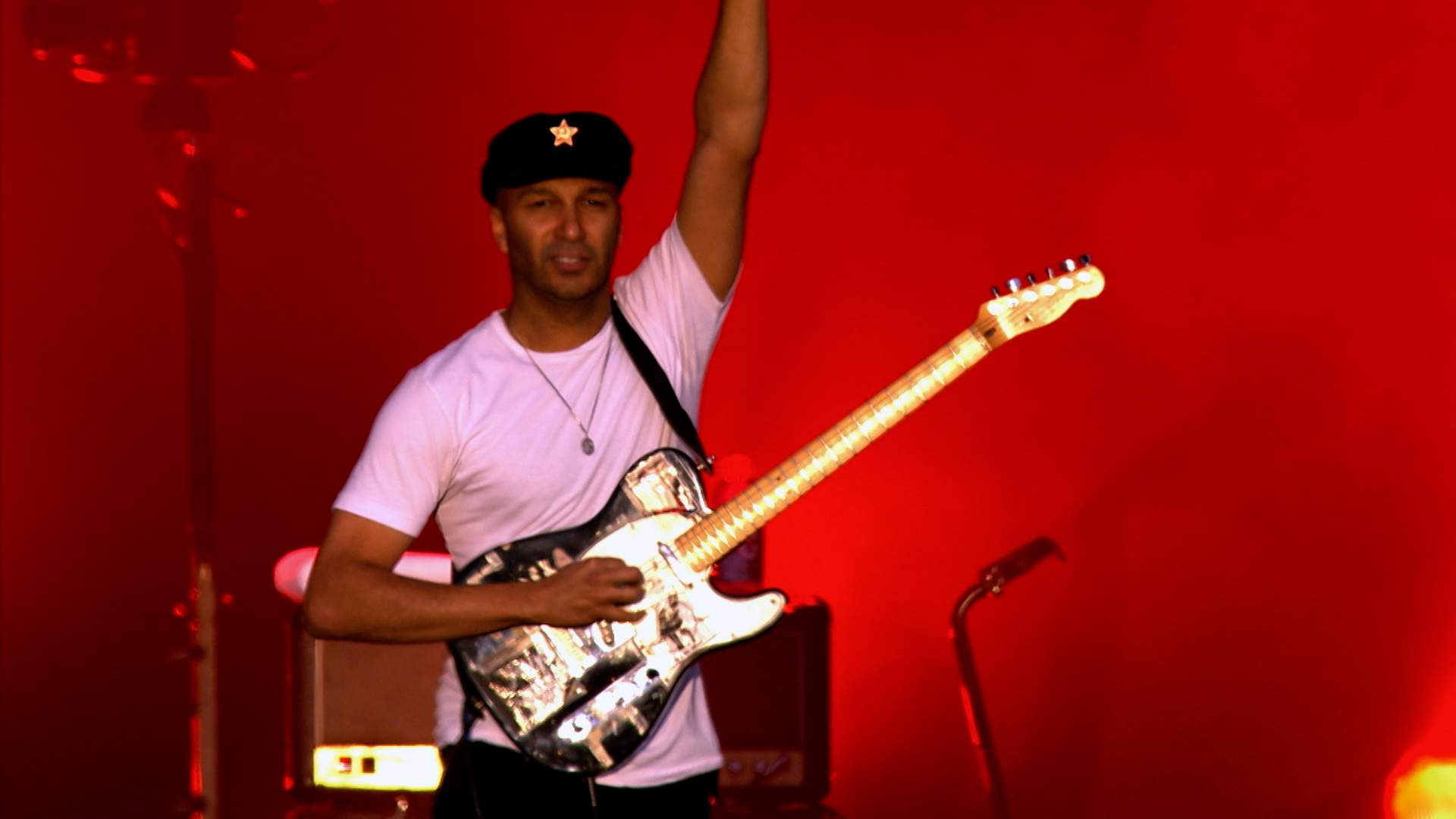 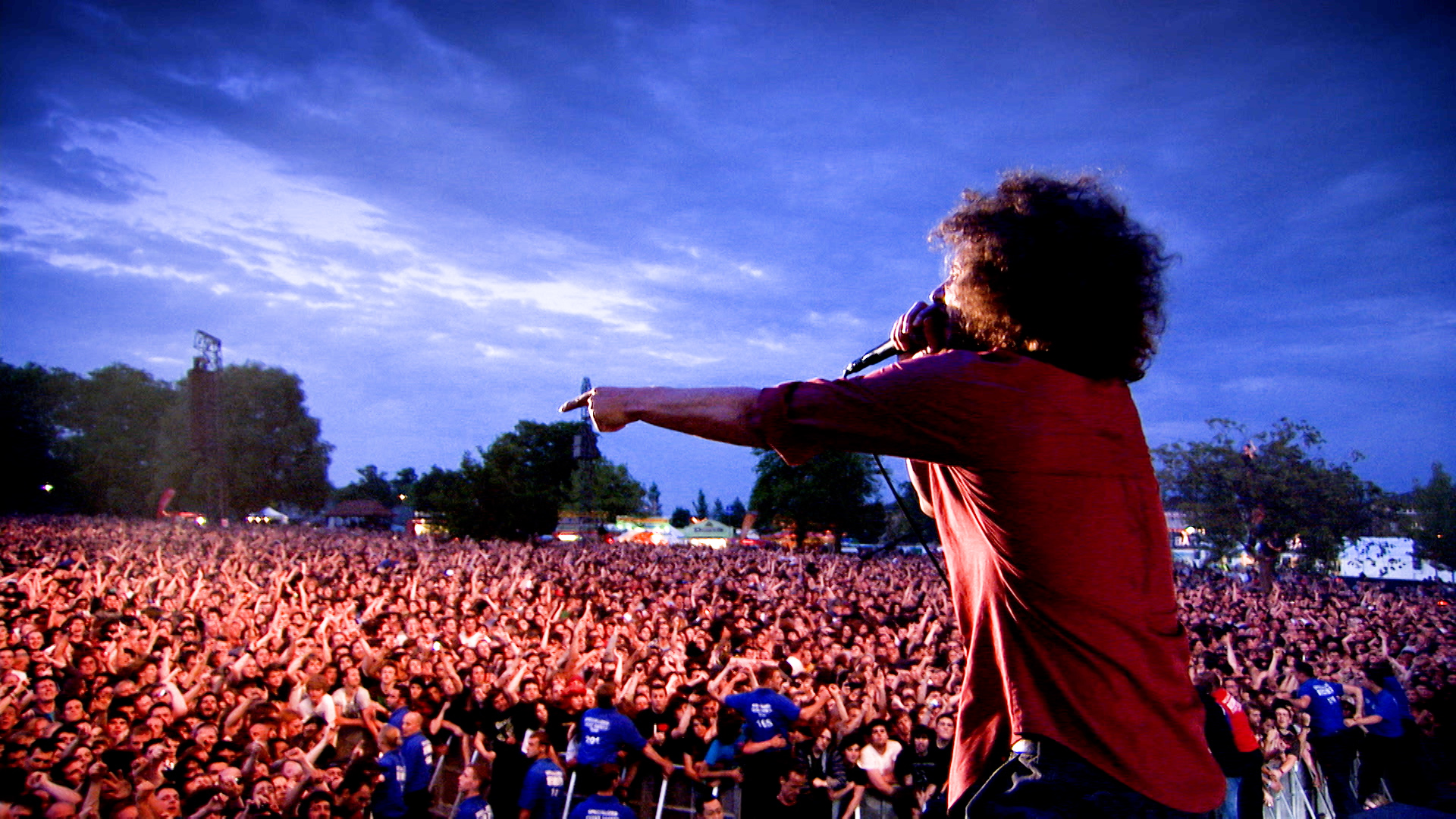 Los Angeles –  AXS TV turns back the clock this Spring with a time capsule full of iconic bands that defined an era in the “Long Live The 90s” all-new weekly limited concert series—launching Sunday, May 9 at 9 p.m. ET/6 p.m. PT. The special event joins the Network’s “Sunday Night Rocks” lineup which also includes the star-studded music-themed countdown series The Top Ten Revealed at 8 p.m. ET, and the insightful profile series A Year In Music, hosted by GRAMMY®-winning Halestorm frontwoman Lzzy Hale, at 8:30 p.m. ET. Both series premiere new seasons on May 9.

“Long Live The 90s” highlights seven influential bands whose sound helped shape one of music’s most important decades. This curated collection of unforgettable concerts finds each band taking the stage to showcase their unprecedented staying power as they perform career-spanning timeless hits.

The series opens on May 9 with the Pearl Jam concert film Let’s Play Two, documenting the band’s epic two-night stop at Wrigley Field. Set amidst the backdrop of the Cubs’ historic 2016 season, Let’s Play Two details the unique relationship between the band, the team, and the city, spurred by hometown hero Eddie Vedder, and captures Pearl Jam in peak form as they tear through signatures, including “Better Man,” “Black,” and “Jeremy,” as well as legendary covers of Victoria Williams’ “Crazy Mary” and The Beatles’ “I’ve Got A Feeling.” Other series highlights include Garbage rocking the Queen City of the Plains with an evening of signature hits including “Only Happy When It Rains,” “Stupid Girl,” and “I Think I’m Paranoid” in Garbage: One Mile High… Live (May 16); and Stone Temple Pilots storming into the Windy City for a frenetic set at the Riviera Theatre featuring “Plush,” “Between The Lines” and “Creep” in Stone Temple Pilots: Live In Chicago (May 23).

“Long Live The 90s” is back in action on June 6 with alt-rock superstars Jane’s Addiction in a sideshow spectacle blending art with music as they performs “Jane Says,” “Up The Beach,” “Ocean Size,” and “Mountain Song” with burlesque dancers, trapeze artists and more flying through the air in Jane’s Addiction: Live In NYC. Then, Rage Against The Machine heads across the Pond for a roaring showcase, performing hits such as “Testify,” “Bulls On Parade,” and “Killing In The Name” in Rage Against The Machine – Live At Finsbury Park (June 13). The event closes with a pair of Live From The Artists Den specials, as rock trailblazers The Black Crowes fly South for a soaring set Oxford, Mississippi, performing “Shine Along,” “She Talks To Angels,” and “High Head Blues” (June 20); and Seattle legends Soundgarden wrap up their winter tour with a sold out show at the Wiltern Theatre in Los Angeles, performing a landmark set that includes “Rusty Cage,” “Blind Dogs,” “Black Hole Sun,” and many more (June 27).

“Nostalgia is a powerful thing and these days, people are longing not only for a time when life was less complicated, but more imminently, for the day when we can get together to enjoy our favorite bands performing live again,” said Sarah Weidman, Head of Original Programming, Development and Multi-Platform Content for AXS TV. “From the fashion and music, to the toys and TV shows, the one era that people are constantly turning to is the 1990s. This curated concert series presents the ultimate trip down music’s memory lane, taking viewers back to one of rock’s most definitive decades with classic performances, iconic songs and groundbreaking bands that helped make the ‘90s so distinct. We are excited to be able to connect—and re-connect—viewers of all ages to these incredible events, giving them the best seat in the house for powerful sets packed with the classic hits they love.”

6/27 – Soundgarden: Live From The Artists Den

AXS TV is a leading music, entertainment, and lifestyle television network and digital media company controlled by Anthem Sports & Entertainment Inc. AXS TV’s programming broadly appeals to a diverse and impassioned fanbase, offering eclectic content that includes concerts and music performances, celebrity interviews, documentaries, wrestling, MMA, special events, and pop culture series. The Network’s signature programs include Dan Rather’s “The Big Interview”, “Music’s Greatest Mysteries,” “The Top Ten Revealed,” and “A Year in Music” and concert events such as CMA Fest and Farm Aid. The channel is also the home of IMPACT Wrestling, one of the world’s largest entertainment properties and Invicta Fighting Championships, the world’s premier all-women mixed martial arts promotion. The Network is available nationally in the United States and parts of Canada and the Caribbean. A full list of providers and territories can be found on axs.tv/subscribe. For more information, visit www.axs.tv and its social media channels YouTube, Facebook, Instagram and Twitter.

Posted by Robert Kinsler at 1:52 AM No comments: