Hope everyone had a great weekend! Here is a roundup of music news that has been announced over the weekend...Robert Kinsler 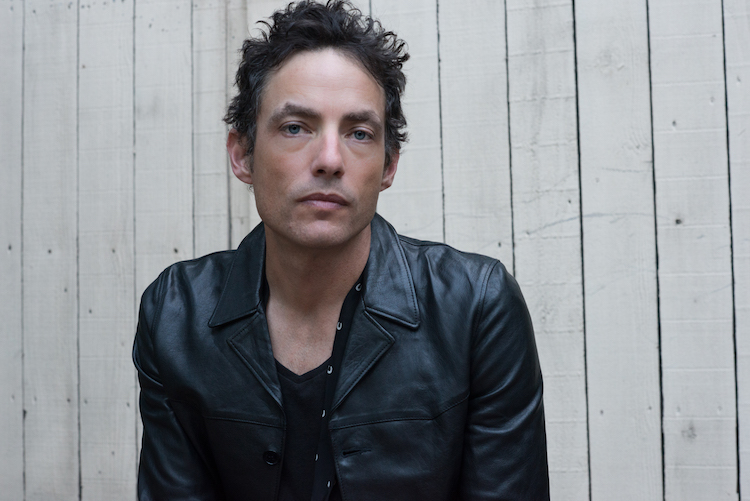 Jakob Dylan Photo by Yasmin Than
The Wallflowers will release their first new album in nearly a decade, Exit Wounds, on July 9 via New West Records. The much-anticipated record finds the band’s signature sound — lean, potent and eminently entrancing — intact. Uncut Magazine says “...Exit Wounds rocks with smouldering intensity,” while MOJOsays in their 4 Star Review, “It’s his best original work by some yards.” KCRW has stated “Exit Wounds is a beacon for us all, a tribute to the rough year we’ve made it through.”
Today, Consequence has shared the new song “I’ll Let You Down (But Will Not Give You Up)” alongside an “Origins” feature with Jakob Dylan.
The Wallflowers will appear on CBS This Morning: Saturday on Saturday, July 10. They have also been announced as a part of Good Morning America’s 2021 Summer Concert Series on Tuesday, July 13 and will appear on Good Morning America Weekend on Saturday, July 17 as well. The band previously appeared on Jimmy Kimmel Live and The Late Late Show with James Corden, performing Exit Wound’s first single “Roots and Wings,” which has cracked the Top 10 at AAA Radio this week.
The Wallflowers are also set to appear at the BeachLife Festival in Redondo Beach, CA alongside Jane’s Addiction, Cage The Elephant, Portugal. The Man and more on Saturday, September 11th. Additional live appearances will be announced soon.
Most recently, Jakob Dylan Executive Produced and Starred in the acclaimed 2018 documentary film Echo in the Canyon. The film found him collaborating with a host of artists classic and contemporary, from Neil Young and Brian Wilson to Beck and Fiona Apple. Echo In the Canyon was also the last on-screen appearance by Tom Petty and was the ninth biggest theatrical documentary released that year. The Wallflowers’ overwhelmingly successful single “One Headlight” was prominently featured in the Judd Apatow film The King of Staten Island last year and continues to be a massive hit, topping Billboard’s “Greatest of All Time Adult Alternative Songs” chart.
The Wallflowers’ Exit Wounds will be available across digital platforms, compact disc, and standard black vinyl. A limited Opaque Purple Vinyl edition will be available at Independent Retailers worldwide while a limited to 500 Purple Splatter vinyl edition will be available via New West Records. A limited to 500 Purple and Pink Splatter vinyl edition will be available via Nordic Retailers while a limited to 500 Purple and Silver Marbled vinyl edition will be available via the Magnolia Record Club. A Super Deluxe Vinyl edition limited to 750 copies will be autographed by Jakob Dylan. It will also feature a linen-wrapped jacket, purple foil-stamped & numbered and housed & protected in a clear outer sleeve. The Wallflowers’ Exit Wounds is available for pre-order NOW via NEW WEST RECORDS. 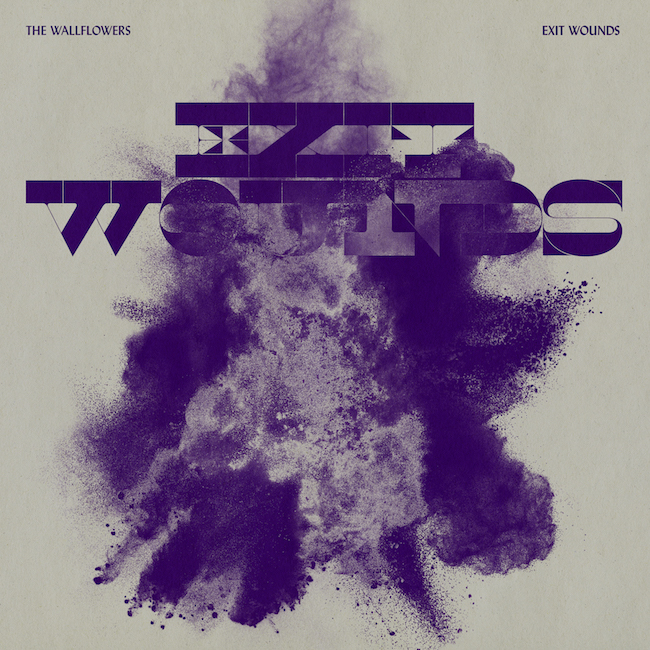 The Wallflowers Exit Wounds Track Listing:
1. Maybe Your Heart’s Not In It No More
2. Roots And Wings
3. I Hear The Ocean (When I Wanna Hear Trains)
4. The Dive Bar In My Heart
5. Darlin’ Hold On
6. Move The River
7. I’ll Let You Down (But Will Not Give You Up)
8. Wrong End Of The Spear
9. Who’s That Man Walking ‘Round My Garden
10. The Daylight Between Us
WallflowersMusic.com
NewWestRecords.com

Finally, TJR and yours truly have posted a new episode of New Music Friday where we discuss some of our favorite new releases we have picked up in recent weeks. including titles featuring Billy F Gibbons, Weezer, Van Halen and more! You can view the episode HERE.

Posted by Robert Kinsler at 6:11 AM No comments:

Brian May's single "Driven By You" is available now! 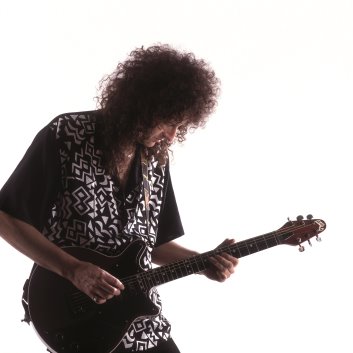 ahead of remastered “Back To The Light” album

“The song Freddie Mercury generously gave his blessing to be my solo track.”

Brian May’s first solo hit, and the unforgettable TV ad it was made for, came from the most unlikely of origins.

“Driven By You” is, without doubt, one of rock’s most rousing and lasting anthems. Originally written for a Ford car television commercial, the solo track was a worldwide hit when it first debuted as a single off May’s 1992 “Back To The Light” album. But the unforgettable song had its beginnings oceans away from the open roads of the UK countryside that were framed in that TV ad.

Originally released in November 1991, “Driven By You” saw success worldwide including reaching No. 6 on the UK Singles Chart and No. 9 on the US Billboard Album Rock Chart. Re-released to download on June 25 ahead of the forthcoming remastered reissue of May’s “Back To The Light” album on August 6, the reissue of the track comes with a scorching new 30th Anniversary video edit. The performance was originally filmed when the Queen legend sang the track live for the first time at the 1991 Guitar Legends concert in Seville, Spain, and during his 1992 South America tour.

The energetic footage features Brian performing the song with an all-star band including Cozy Powell on drums, Neil Murray on bass and Steve Vai on rhythm guitar. Plus, Rick Wakeman and Mike Moran on keyboards, alongside Maggie Ryder, Miriam Stockley and Chris Moran on backing vocals. That music video can be seen in its updated form here: http://brianmay.lnk.to/DrivenByYou

Sharing the backstory to “Driven By You,” May cites a Los Angeles pool bathroom as the unlikely starting point for his classic song.

“There’s a kind of mystery about writing songs. You never know where they come from. All I know is I was sitting around a swimming pool in Los Angeles with an ad producer. He’s sitting there sunning himself. I’m there with my future wife sunning myself by the pool, and we get talking. And he says, ‘Oh, you write songs don’t you?’ I said, ‘Yeah, I write songs.’ He said, ‘Well could you write a song for an advert? Have you ever done that?’ And I went, ‘No, I’ve never done it.’ He asked, ‘Would you like to?’ And I said, 'Yes, I’d be very interested.’ He then asked me how I would feel about a slogan that goes, ‘Everything we do, we do for you’.

“And I went, ‘Yeah, I could relate to that’ because I can feel that in my own mind about my own self. And it got modified later on. It became ‘Everything we do is driven by you’ because it was about cars and I liked that even more. And as soon as he said that, I went off to the bathroom with my little tape recorder and sang some stuff into the tape recorder. I sang most of the verse and a bit of the chorus, which is the way it happens with me. Suddenly a light goes on and I could hear it in my head, I could hear the whole thing, ‘Driven By You’, and I wrote it for them, for the Ford Car Company, and completed it very quickly. I went into the studio when I got back, completed it quickly for them, and then they liked it.”

Revisiting “Driven By You” today, May has also revealed how the song helped create a special understanding with Freddie Mercury in his final days and how the Queen singer encouraged his dear friend and bandmate to ‘find his wings’ in his solo career.

Talking of Freddie, May says: “I played it to Freddie and I said, ‘Freddie, you know if this becomes a Queen track, which it might do, obviously you should sing it.’ He listened and went, ‘You’ve done it very well darling, and I think you should sing it’. Now whether that’s because he really did think I sang it well or just because he didn’t want to sing anything, I don’t know. But he said, ‘It’s beautiful, it’s great, it’s very complete in its own way, you should do it.’ And he said something very profound at the time. He said, ‘You know we’re all thinking and wondering what’s going to happen to me, and you don’t have to feel embarrassed about it. You know you should be thinking about your solo career at this time and if this is the beginning of your solo career then it’s a very worthy beginning. This is probably the beginning of your finding your wings as you need to do.’ So Freddie was very far-sighted and very generous as always and sort of gave me permission to do this as a solo track, which I did.

“I rewrote the words as a piece of relationship therapy, you know, ‘Everything I do is driven by you’ and put it out as a single and it was a hit. So it was a nice boost to me to feel I could do things on my own. I wasn’t just a piece of Queen. And that’s what I believe about the core of songs; sometimes you don’t know why you’re writing them. You don’t know where it’s coming from, but it can be channelled into a way which makes sense in various ways. And things are always about life for me; they’re always about relationships. Either my relationships or relationships with people around me. It’s about humans interacting. That to me is the most exciting thing in the world; the most important thing and the hardest thing to get right in your life. A lot of people can do great stuff. You know, fly aeroplanes, go to the Moon. Relationships… not so easy. So it’s about that as always.”

“Out of the Light,” the companion release available in the “Back To The Light” box set and on the 2CD and digital formats, features three alternative versions of “Driven By You” including the original Ford Ad Version and a Cozy (Powell) and Neil (Murray) ’93 version.

“Driven By You” is available to download and stream from June 25.

Brian May’s “Back To The Light” remastered reissue is available on August 6 on CD, Vinyl, Cassette, digital download and streaming formats and can be pre-ordered here: https://BrianMay.lnk.to/BackToTheLight

Posted by Robert Kinsler at 6:02 AM No comments:

So nice to see major tours coming back in 2021! Among the upcoming dates on the tour is a stop at Fantasy Springs Resort in Indio (check out my review of the duo's wonderful performance there in 2014 HERE). Robert Kinsler

Posted by Robert Kinsler at 2:31 PM No comments: