Eric Clapton's self-titled 1970 solo debut is set to be re-issued via a deluxe edition on Aug. 20, 2021. You can learn more and also hear new mixes of "Blues Power" and "After Midnight"...Robert Kinsler 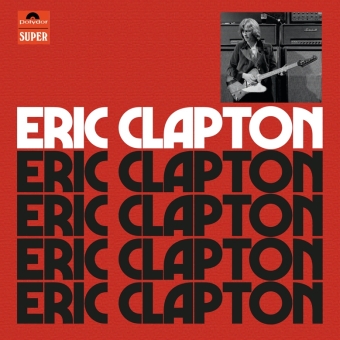 This summer sees the Anniversary Deluxe Edition of Eric Clapton’s eponymous first solo album, originally released in August 1970. It is being issued on 4CD and 1LP (standard black) formats and will also be released digitally. The front cover artwork for the LP differs from the 4CD artwork illustrated above.

The album represents one of rock history’s most successful reinventions. After emerging as one of the seminal guitar heroes of the ’60s, the English superstar decisively re-established his musical priorities with Eric Clapton. It marked Clapton’s transition from flamboyant instrumental icon to well-rounded recording artist, downplaying sonic pyrotechnics in favour of a song-focused ensemble approach that would lay the groundwork for his massively successful solo career. For the occasion, he surrounded himself with a new cast of American musicians, tapping into a rootsy musical foundation that provided an inspired framework for his talents. This Anniversary Deluxe Edition presents Eric Clapton – Eric Clapton in three separate mixes:

The Eric Clapton Mix, The Delaney Bramlett Mix and The Tom Dowd Mix (The UK Version). The Eric Clapton mix is being released in full for the first time. This anniversary collection also includes some singles, alternate versions and session outtakes.

all mixes released on CD and vinyl

Posted by Robert Kinsler at 3:17 PM