Check out details about John Oates & The Good Road Band's upcoming live album coming later this summer. And make sure to check out the great advance track "Anytime" - can't wait for this album! Robert Kinsler 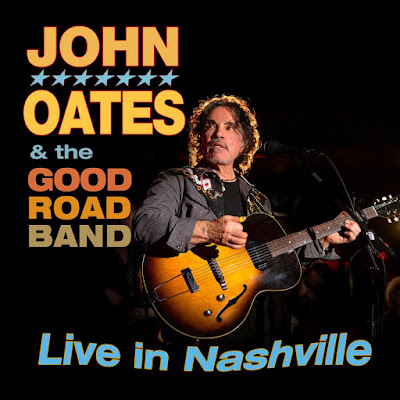 Posted by Robert Kinsler at 10:05 AM No comments:

Lots of exciting entertainment news to share going into the weekend...


NASHVILLE, Tenn. – Country star Gary Allan makes his return with a long-awaited new single “Waste of a Whiskey Drink” available today. The catchy and upbeat tune showcases Allan’s signature raspy and soulful vocals with a classic 90’s sound that his fans have craved. Written by Josh Kear, Michael Hardy and Mark Holman, the song sounds as a warning signal to a fellow bargoer to not waste a drink on a girl that is nothing but trouble.

“It’s about a girl that you just don’t want any of your friends to get tangled up with. You’ve been there. And you’re telling him as he’s looking at her and thinking she’s cute… and you’re saying, ‘Man, just do something else because she’s a waste of a whiskey drink. Don’t do it,” says Allan. The song was produced by Mark Wright and Tony Brown, who also produced his 1999 Platinum album Smoke Rings in the Dark which housed three of his Top 40 Country Hits.  You can hear the new single “Waste of a Whiskey Drink” HERE.

With the allure of a modern-day outlaw, Gary Allan has won over fans, peers and critics with his signature blend of smoldering vocals, rebellious lyrics and raucous live performances. While becoming a force on the country music scene, Allan has remained true to his artistic voice each step of the way. In 2016 Allan re-signed with Universal Music Group Nashville, the label home for the entirety of his twenty-four year career. His last album, Set You Free, topped the all-genre Billboard 200, a career first for Allan.  The album also made its debut at the top of the Billboard Country Album chart (for the fourth time in a row) and produced his fifth #1 country radio chart topper with “Every Storm (Runs Out Of Rain).”  The California native released his first album, Used Heart for Sale, in 1996 and since then has released eight additional studio albums selling over 8 million albums, been certified platinum on three back-to-back albums, and been certified gold five times.  Allan has five #1 hits at country radio, fourteen Top 10 hits to his credit and amassed over 1.5 billion total streams. His album Smoke Rings in the Dark recently celebrated its 20th anniversary with the release of his first ever vinyl appearance. He’s described as “dark and dreamy” in Entertainment Weekly, “soulful and rough around the edges” in Playboy and deemed a “maverick” by Rolling Stone.  He has sold out venues as a headliner from NY to LA, appeared on The Tonight Show with Jay Leno, Late Show with David Letterman, Late Night with Jimmy Fallon, Live with Kelly and Michael and Jimmy Kimmel Live. He has also landed on the covers of Country Weekly, Pollstar and People magazine. 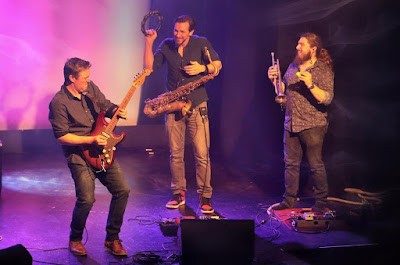 July 31, 2020 (New York, NY) - Rock’n’roll blues group, Billy Walton Band today released their second single, “Cortez The Killer” from their forthcoming album Dark Hour which is due out later in 2020. Released on Harmonized Records, the album was recorded at Cambridge Sound Studio and was engineered by Grammy-nominated engineer Jim Salamone. This is a cover of Neil Young’s 1975 song of the same name.

American Songwriter exclusively premiered “Cortez The Killer” and praised the musicianship of the band saying, “Billy Walton’s fiery fretboard wizardry shines through on his version of the Neil Young classic “Cortez The Killer,” an epic cover taken from the band’s upcoming release Dark Hour.”

In “Cortez The Killer” Billy and his band share their take on the Neil Young classic, adding their own spin musically and instrumentally. Taking the guitar solos and adding a wah-wah effect and introducing a trumpet towards the end brings “Cortez The Killer” to a new and more modern level. Speaking to American Songwriter on adding in the trumpet Billy Walton says, “To me using the trumpet at the end symbolized and painted the picture of Cortez charging across the ocean and conquering the Aztec. Our trumpet player, Bruce Krywinski Jr. really nailed the haunting sound I was looking for in the song. I just really thought it set the mood in the end.”

With a new album on the way, and though unable to tour to support its release, Billy Walton Band has been interacting with fans through social media by posting live performances, clips of them jamming, and talking directly to them about what the band is up to.

ABOUT DARK HOUR
Billy Walton Band recorded Dark Hour in Philadelphia, and it was tracked at Cambridge Sound Studio with Grammy-nominated engineer, Jim Salamone (Teddy Pendergrass). The band brought in Bruce Krywinski Jr. on trumpet, and drummer Francis Valentino (David Lee Roth Band), to round out the already rich line up of musicians.

The Rolling Stones continue to release some of the most highly-anticipated live collections of any legacy act. Look no further than today's news about a special release that was captured in Atlantic City, New Jersey in late 1989 on the band's celebrated Steel Wheels tour...Robert Kinsler

About Eagle Vision
Eagle Vision is an imprint of Eagle Rock Entertainment, the world-leading producer and distributor of music-related audiovisual content. Founded in 1997, the multi-award-winning company completes over 50 productions a year including concerts, documentaries, scripted formats and specials representing over 2,000 hours of programming. The vast catalogue includes work by award-winning filmmakers such as Martin Scorsese, Brett Morgan, Paul Dugdale, Stanley Nelson and Bob Smeaton. Eagle Rock has worked alongside a variety of artists including the Rolling Stones, Madonna, Jay Z, Paul McCartney, Katy Perry, Frank Sinatra, Black Sabbath and Imagine Dragons.
eagle-rock.com
Posted by Robert Kinsler at 8:58 AM 1 comment:

Fans of vinyl releases and groundbreaking British troupe elbow have something in common; both can celebrate the release of the Manchester, England heroes' first three albums coming via vinyl reissues this fall... 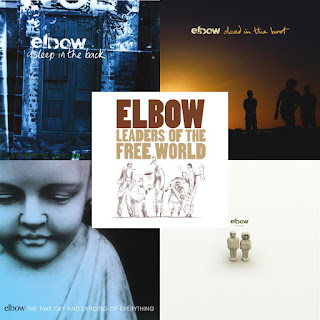 elbow fans will be able to own the band’s first three studio albums on vinyl when they are reissued on September 25, 2020. The heavyweight vinyl pressings cover debut, Asleep in the Back, follow up Cast of Thousands and third album, Leaders of the Free World. In addition, the band’s B sides collection Dead in the Boot and 2014’s The Take Off and Landing of Everything will be repressed and restocked to stores, meaning that the entire elbow album catalog will now be available on vinyl.

Asleep in the Back was the album that introduced elbow to the world. Produced by Ben Hillier (Blur, Doves, Depeche Mode) and containing the singles; ‘Newborn,’ ‘Any Day Now,’ ‘Red’ and ‘Powder Blue,’ it established the band with the UK public and led to Mercury Award and Brit Award nominations. The album closes with perennial fan favorite ‘Scattered Black and Whites,’ recently revisited by the band in lockdown for their elbowrooms sessions.
‘Cast of Thousands,’ recorded at legendary Liverpool’s legendary Parr Street Studios, with Ben Hiller again at the helm, introduced cover stars Elle and Bo to the world, their life size statues causing traffic jams when sited next to the motorway during festival dates to promote the album. Taking its title from the vocal contributions of the Glastonbury crowd to ‘Grace Under Pressure,’ recorded in a landmark performance on The Other Stage in 2002, the album artwork features the names of all those who contacted the band to say, ‘yes, I was there and singing.’ An early indicator of elbow’s power to produce inclusive, uplifting moments, ‘Cast of Thousands’ also features ‘Fugitive Motel’ – another track featured during the recent elbowrooms recordings.

Leaders of the Free World was the first album to be recorded at elbow’s current home, Blueprint Studios, Manchester, and was co-produced by the band and Tom Rothrock, (Beck, Foo Fighters) and mixed at LA’s legendary Sunset Sound Studios. Accompanied by full-length film from collaborators Soup Collective on its release, the album contains several tracks that grace elbow sets to this day including ‘Great Expectations’ and ‘Station Approach.’

All three albums were awarded 9/10 by the NME, marking the beginnings of a record run of consecutive 9/10 album reviews in the title that persisted through The Seldom Seen Kid and build a rocket boys! and all have surpassed gold status in the UK with ‘The Seldom Seen Kid’ achieving quadruple platinum status.

Asleep in the Back, Cast of Thousands and Leaders of the Free World vinyl editions will be available on September 25, 2020 from Polydor Records.

Posted by Robert Kinsler at 7:54 AM No comments: