My Top 10 list was originally posted on the Orange County Register SOUNDCHECK blog last week. Here it is again and even expanded a bit! I'm sorry about all the wonderful albums that didn't make the cut, but well could have. I'll note a bunch of those at the bottom of this post...

1. Carbon Leaf, Nothing Rhymes With Woman - Songs such as the shimmering Lake of Silver Bells, blues-minded Another Man's Woman, introspective Miss Hollywood and Celtic rocker Pink showcase the Virginia band's unique place in the modern music universe. I also got to see Carbon Leaf at The Coach House in 2009, with that concert stop allowing me a chance to hear many songs from Nothing Rhymes With Woman live.

2. Joe Bonamassa, The Ballad of John Henry - With the release of his seventh album, The Ballad of John Henry, singer-songwriter-guitarist Joe Bonamassa has delivered on the promise of his childhood prodigy talents. Featuring a wonderful mix of slow, soulful blues, classic-sounding British blues-rock and dizzying guitar workouts, the disc's dozen tracks explore the struggles and contributions of real-life working-class heroes.

3. The Decemberists, The Hazards of Love - While the album as a format may be spending its days in the intensive care unit, don't tell that to Portland's Decemberists. The Hazards of Love is a concept album that is best heard from start to finish, with the British folk-rooted style and ambitious story bound together in a way that recalls winning efforts such as Jethro Tull's underrated A Passion Play and the Who's seminal Tommy. And, no surprise, The Hazards of Love has also been released on vinyl. Nice.

4. Pearl Jam, Backspacer - On 2009's Backspacer, the pioneering outfit has issued an outstanding album that effortlessly blends its grunge foundation with new wave and power-pop. Backspacer is equal parts Neil Young and R.E.M., and demonstrates the greatness of a band able to surprise and delight almost two decades into its career.

5. Michael Ubaldini, Portable Record Player - On his latest studio disc, Fountain Valley, California-based Michael Ubaldini continues to mine his rich Americana and folk roots, but blends those styles with 1960s garage band-pop in the vein of the Zombies and early Kinks. Songs such as the scorching Scandal and Not a Heart Left to Steal are among his best-ever rockers, while the tender Memories of Belgium showcases his lyrical and descriptive song craft.

6. Dave Matthews Band, Big Whiskey and the Groogrux King - With a collection of songs that rock (Why I Am), groove (Shake Me Like a Monkey) and elicit tears (Lying in the Hands of God), DMB hit one out of the park with this one.

7. Muse, The Resistance - If Queen had emerged in the '00s, it might sound something like Muse. There was a time not long ago, when this kind of big, bold and brazen rock was out of fashion. The Resistance is both brash and beautiful, and it seems that Muse has finally been able to quiet the endless comparisons with Radiohead.

8. Pet Shop Boys, Yes - Before music fans dismiss this choice with a "Are you kidding me?," it might best be to get a good listen to the latest studio release from Neil Tennant and Chris Lowe. Songs such as Did You See Me Coming?, Love Etc. and Vulnerable easily equal or best the duo's best-known hits (West End Girls, It's a Sin). The third track on the disc, Beautiful People, is my favorite song of 2009. A great dance record. A great record period.

9. Grizzyl Bear, Vecatimest - Even if I didn't like Grizzly Bear's dazzling mix of Beatlesque harmonies, Radiohead-styled experimentalism and all the nifty jazz touches, I would recommend everybody hear this. But the fact that all the eclecticism is wrapped in wonderful songs that are artful and easy on the ears makes this one of the top release of 2009. Just don't ask me to pronounce Vecatimest. I can't.

10. Dinosaur Jr., Farm - Armed with distorted guitars enhanced by waves of feedback, guitarist J Mascis and company served up a heavy dose of classic rock served up on sonic steroids. From the moment Dinosaur Jr. launches into Pieces, it's clear there is a timelessness and power to the band that remains a wonderful bridge between Neil Young classic rock and all the alt rock heroes who have followed in Dinosaur Jr.'s footsteps over the past 25 years.

Here are some other really great albums I have enjoyed this year and all will be on many other music fans' Top 10s for 2009:

Alison Brown, The Company You Keep - The talented banjo player and composer released another gem, this one featuring her work fused with pianist John R Burr and bassist Garry West and other musical pals.

Pat DiNizio, Pat DiNizio/Buddy Holly - Pat DiNizio is the incredibly-talented lead singer of The Smithereens. He took the 50th anniversary of the so-called "Day the Music Died" to release a tribute to the great Buddy Holly. This is a loving and lasting keepsake to many of Holly's most beloved songs from an artist who honors the originals while bringing his own style to the classic material.

Morrissey, Years of Refusal - Speaking of 1959, Morrissey was born the year that Holly died. Fifty years later, Morrissey is making some of the best music of his long career. His voice and songwriting skills have not dimmed and he continues to display a style that defies comparison.

U2, No Line on the Horizon - Many regular readers of my writing were likely surprised this album didn't land on my Top 10. It well could have and is a great album.
Posted by Robert Kinsler at 7:48 AM 1 comment:

One of the rarest rock events ever captured on film, the 1964 concert known as The T.A.M.I. Show, featuring performances by future Rock and Roll Hall of Famers the Rolling Stones, James Brown, Chuck Berry, the Beach Boys, Marvin Gaye, Smokey Robinson & the Miracles, the Supremes and many others, will be officially released for the first time by Shout! Factory on March 23, 2010. The T.A.M.I. Show: Collector's Edition includes exciting new bonus features including new commentary by director Steve Binder, original T.A.M.I. Show radio spots, and a 20-page booklet with liner notes and rare photos and memorabilia.

The T.A.M.I. Show was filmed live at the Santa Monica Civic Auditorium in 1964, a mere seven months after The Beatles appeared on The Ed Sullivan Show and introduced the Swinging '60s to America. This legendary film has never been available on DVD, and hasn't been seen in its entirety since it originally appeared in theaters, including its "world premiere" at 33 Los Angeles area movie theaters on Nov. 14, 1964. Mastered from a new high-definition transfer and restored to its original length, this complete version features the Beach Boys performances that were removed shortly after the film's initial theatrical run.

The T.A.M.I. Show is the first concert movie of the rock era, capturing such superstars as the Rolling Stones (a line-up that included guitarist Brian Jones), James Brown, Chuck Berry, the Beach Boys, the Supremes, Marvin Gaye, Jan & Dean, Gerry and the Pacemakers, the Miracles (featuring Smokey Robinson), and many other Motown and British Invasion acts in their early prime.

Among the performances (please note this is not the full list):

The Beach Boys
Surfin' U.S.A.
I Get Around
Surfer Girl
Dance, Dance, Dance

The Supremes
Baby Love
Where Did Our Love Go

The Rolling Stones
Around and Around
Off the Hook
Time Is On My Side
It's All Over Now
I'm Alright
Posted by Robert Kinsler at 9:35 AM 1 comment: 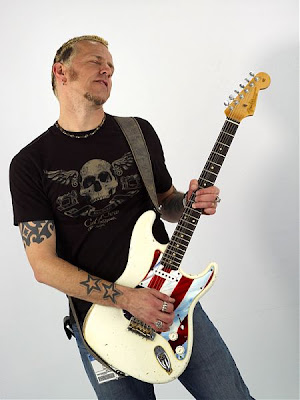 Virtuoso guitarist Gary Hoey brings his annual holiday show to the Coach House in San Juan Capistrano on Saturday night, Dec. 19.
Hoey has released several Christmas-minded sets since the mid-1990s and his "Gary 'Ho Ho' Hoey" shows have become an increasingly-popular concert draw every December. Fans who attend his upcoming show at the Coach House this weekend will likely hear him play instrumental, electric guitar-anchored versions of traditional material such as "Jingle Bell Rock," "The First Noel" and "Winter Wonderland," all of which can be heard on 2003's Ho! Ho! Hoey: the Complete Collection.
My complete concert preview on Hoey's upcoming concert will be posted on the Orange County Register later this week.
Posted by Robert Kinsler at 9:25 AM No comments:

GRAMMY Award nods not bad at all

I've been so busy this week, I have not had a chance to reflect on the GRAMMY Award nominations. In no particular order, here are some deserving artists who earned nominations for the upcoming 52nd Annual GRAMMY Awards that will be in my thoughts next month.

Rosanne Cash earned a "Best Pop Collaboration with Vocals" category nod for her performance of "Sea of Heartbreak," a duet with Bruce Springsteen featured on her latest album The List. This is Cash's ninth career nomination.

The Dave Matthews Band's Big Whiskey and the Groogrux King earned a nomination in the "Album of the Year" category, while Daryl Hall & John Oates picked up recognizion for "Sara Smile" in the "Best Pop Performance by a Duo or Group With Vocals.

And finally, Jars of Clay received a nomination in the "Best Pop/Contemporary Gospel Album" category for its April 21, 2009 release, The Long Fall Back To Earth.

Best of luck to all of these great artists in January when winners are announced!
Posted by Robert Kinsler at 5:11 PM No comments:

Been a busy week for me. I reviewed David Archuleta at The Grove of Anaheim on Wednesday night (Dec. 2) and bounced back to review Trans-Siberian Orchestra last night (Dec. 3) at the Honda Center.

Although both were centered around Christmas music, the shows were completely different.

My reviews are posted on the O.C. Register Soundcheck blog. Here are the links to read my reviews and what readers thought of my analysis:

Have a great weekend everybody!
Posted by Robert Kinsler at 5:02 PM No comments: