The Brothers At Madison Square Garden coming out on DVD, CD & Blu-ray

The amazing legacy of The Allman Brothers Band will be celebrated via a multi-format release...Robert Kinsler

Posted by Robert Kinsler at 9:55 AM No comments:

Check out an update on Moby's new album 'Reprise' as well as a documentary about the celebrated artist...Robert Kinsler

Posted by Robert Kinsler at 9:17 AM No comments: 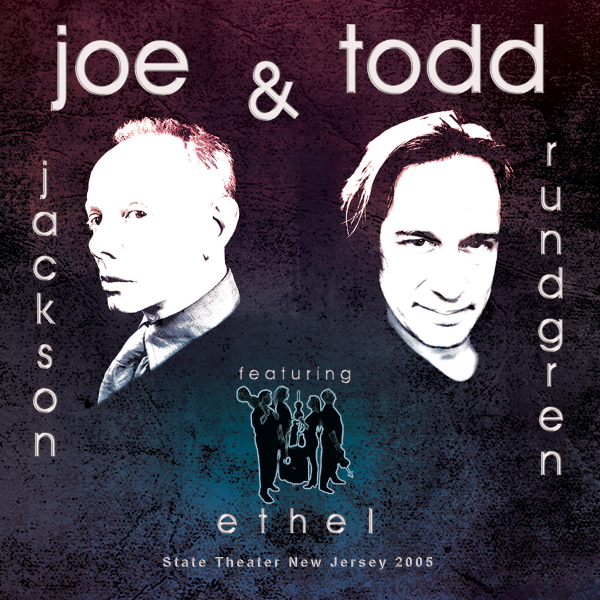 I can't wait to hear this forthcoming release! Robert Kinsler

Los Angeles, CA - Two of the most masterful crafters of sophisticated art rock united on stage for a series of special live engagements in 2005, Joe Jackson and Todd Rundgren. Those who were able to attend in person quickly began to spread the word about the uniquely exquisite performances from these two musical geniuses, along with the incredible NY-based string quartet Ethel, and the shows promptly became one of the hottest tickets of the year. Well, if you missed your chance to see the concert in person, here's your opportunity to experience the magic on this extravagant multimedia concert album, recorded at New Jersey's State Theater!

The show features solo performances from both Jackson and Rundgren who turn in some of the most intimate and lush versions of their biggest hits including “Steppin' Out,” “Hello, It's Me,” “Is She Really Goin' Out With Him,” “Bang The Drum All Day,” “It's Different For Girls,” “I Don't Want To Tie You Down” and more! Then, for the ultimate finale, the two legends step on the stage together, backed by Ethel, for epic versions of “While My Guitar Gently Weeps” and “Black Maria.”

Joe Jackson & Todd Rundgren's State Theater New Jersey 2005 will be released everywhere June 18 on both digital and in a gorgeous 8-panel digipak that includes 2 audio discs and a DVD!

Posted by Robert Kinsler at 12:59 PM No comments:

I want to share some super cool news in terms of catching a top-tier lineup of guitar greats coming courtesy of Gibson on Wednesday, June 9. Get this on your calendar everyone! Robert Kinsler

Posted by Robert Kinsler at 10:14 AM No comments: