Sigur Rós “Med Sud I Eyrum Vid Spilum Endalaust” (XL Recordings) – Roughly translated as “With a Buzz in Our Ears We Play Endlessly,” Iceland-based Sigur Rós’ fifth full-length album continues to showcase a troupe eager to explore the vast reaches of its own sonic universe. This is music that is simultaneously otherworldly, beautiful and joyous. Recommended tracks: “Gobbledigook,” “Vid spilum endalaust.”

Al Green “Lay It Down” (Blue Note Records) – When I reviewed the Reverend Al Green a few years ago, I thought my ears were playing a trick on me because the sixtysomething performer sounded so flawless and inspired. His most recent album, the wonderful “Lay It Down,” reinforces my belief that my hearing was just fine that night. Recommended tracks: “Just For Me,” “No One Like You.”

R.E.M. “Accelerate” (Warner Bros.) – “Accelerate” is the first album by R.E.M. since the departure of original drummer Bill Berry a decade ago that works from start to finish and captures the magic of the Athen, Georgia-spawned outfit’s early work. Recommended tracks: “Supernatural Superserious,” “Until the Day is Done.”

Snow Patrol “A Hundred Million Suns” (Geffen Records) – Singer-guitarist Gary Lightbody continues to craft songs that offer something for both casual and discerning listeners, but with the depth of the material on “A Hundred Million Suns,” this is clearly the troupe’s best effort since 2003’s “Final Straw.” Recommended tracks: “Take Back the City,” “Please Just Take These Photos From My Hands.”

Aimee Mann “@#%&! Smilers” (Superego) – There have been few singer-songwriters who have delivered the kind of lyrically introspective and melodically pleasing songcraft on such a consistent basis over the past decade as Aimee Mann. Recommended tracks: “Freeway,” “Thirty One Today.”

Sonny Landreth “From the Reach” (Landfall) – Although Louisiana-based singer-songwriter and slide guitar master Sonny Landreth is joined by luminaries such as Eric Clapton, Eric Johnson and Mark Knopfler on his latest disc, it is his own unique blend of talents that shines so brightly on this remarkable collection. Recommended tracks: “Blue Tarp Blues,” “The Milky Way Home.”

Jack’s Mannequin “The Glass Passenger” (Sire / Wea) – Confessional and honest, singer-songwriter Andrew McMahon delivers another winning round of Brian Wilson-tinged pop and piano-anchored modern rock on his group’s sophomore release. Whether it was his successful battle to overcome leukemia in the wake of Jack’s Mannequin’s debut “Everything in Transit” or the full spectrum of life itself, the songs on his 2008 release explore love, loss and the world around him with an ever-growing depth. Recommended tracks: “Annie Use Your Telescope,” “Swim.”

She & Him “Volume One” (Merge Records) – The full-length debut from M. Ward and Zooey Deschanel drips with the retro sound and style of a range of ‘60s and ‘70s icons such as the Zombies, Linda Ronstadt and Dusty Springfield. But there is an intoxicating innocence about Deschanel’s vocals and Ward’s tasteful arrangements that adds up to something special. Recommended tracks: “Sweet Darlin’,” “Sentimental Heart,” “This is Not a Test.”

Parkaimoon "The Sum of Our Experience" (Platonic Music) – Thankfully, there remains modern music that can't easily be categorized, defying well-established labels. The modern rock of Parkaimoon combines the vast soundscapes of U2 and Pink Floyd, but also boasts the modern rock of Garbage and Evanescence. Recommended tracks: "Bury Me Deep," "Tunnel Vision."

Michael Ubaldini "Street Singin' Troubadour" (Blackwater Records) – Not a year seemingly goes by without Fountain Valley-based Michael Ubaldini issuing another solid collection. His latest, "Street Singin' Troubadour," is a 13-song collection that examines a wide range of subjects in a thoughtful and artful approach. Recommended tracks: "Sound of the Age," "Sad Empty Streets of Sunday."
Posted by Robert Kinsler at 11:59 AM No comments:

For any longtime Social Distortion fans, the experience of seeing that band’s singer-songwriter-guitarist Mike Ness as a solo artist is no longer a radical departure. Performing at the Coach House on Tuesday night, Dec. 9, 2008 — his second of six shows this month at the San Juan Capistrano venue — with a strong backing band featuring most of Social D, Ness delivered an 80-minute set once again weighted heavily on material from his two 1999 solo releases, "Cheating at Solitaire" and "Under the Influences."

Yet, despite covering songs by Bob Dylan, Hank Williams and Johnny Cash (a sing-along for “Ring of Fire” kicked off the encore), Ness played his Gibson Les Paul with almost as much ferocity as he does at a summertime Hootenanny fest fronting his other band. The intimacy of the Coach House, and the rare sight of a large crowd sitting (as opposed to standing or slamming in a mosh pit), gave the show a surreal feel. He also exchanged small talk with the audience providing additional magic to the night.

Throughout the performance, Ness’ own tunes stood up as well as his remakes, whether it was the Smithereens-style riff-rock attack of “Misery Loves Company” or a soaring “Reach for the Sky” or a honky-tonk version of “Ball and Chain.”

Long-running Anaheim act Big Sandy & His Fly-Rite Boys kicked off the evening with a 45-minute set of authentic, infectious American roots music. Focusing on the band’s latest album, "Turntable Matinee," the quartet blazed through a mix of tunes anchored in rockabilly, Western swing and traditional country. The spirit of Buddy Holly lives in the beautiful tenor of Robert Williams (whose stage moniker is Big Sandy) and songs such as “The Great State of Misery” and the uptempo “Love That Man.”

Mike Ness' main set: Company C / All I Can Do Is Cry / Let the Jukebox Keep on Playing / Ballad of a Lonely Man/ Cheating at Solitaire / Don’t Think Twice, It’s Alright / The Devil in Miss Jones / Rest of Our Lives / You Win Again / Dope Fiend Blues / Misery Loves Company / Crime Don’t Pay / Ball and Chain
Encore: Ring of Fire/ Reach for the Sky / I Think I’ll Stay / I Fought the Law
Posted by Robert Kinsler at 8:32 AM No comments: 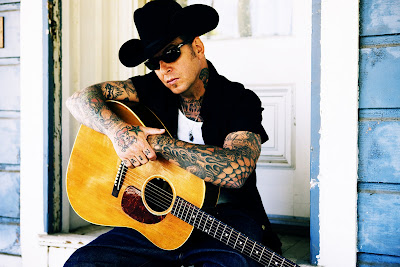 Mike Ness is headlining at the Coach House six times this month.

Although Mike Ness is best-known as the frontman of Social Distortion, the seminal and groundbreaking punk band that emerged out of Orange County’s music scene in 1979, his solo work explores a different side of the singer-songwriter’s multifaceted musical personality.
Both released in 1999, Ness’ rockabilly-styled “Cheating at Solitaire” and subsequent Americana-flavored “Under the Influences” fuse a vast array of roots styles together, with the ghosts of Carl Perkins, Johnny Cash and real-life talents of Bruce Springsteen and Stray Cats singer-guitarist Brian Setzer among the notables bringing this alternative sonic universe to life in the recording studio.
In fact on “Under the Influences,” Ness’ life-long affection for legends such as Hank Williams, Marty Robbins and aforementioned Carl Perkins are cemented with rousing covers of classics by those artists on the aptly-titled album.
Almost 10 years after the release of those now-classic recordings, Ness is performing a string of six highly-anticipated shows at the Coach House in San Juan Capistrano.
Whether performing a honky tonk version of his own “Ball and Chain” or raucous cover of “I Fought the Law,” Ness can fuse punk rock, alt-country and rockabilly together effortlessly.
“I have a great affection for roots music; old blues, country, folk, rockabilly and primitive rock and roll in general. Without these roots, I wouldn’t have perspective,” Ness says in a recent bio.
“I love the music and feel it is as relevant as 70’s glitter and early punk. As a solo artist, I am able to cross the boundaries and integrate it all. I tried to bring these influences together and keep it honest.”
Ness headlines at the Coach House, 33157 Camino Capistrano, San Juan Capistrano, at 8 p.m. on Dec. 6, 9, 10, 14, 19 and 20. Although the majority of the shows were reportedly sold out as of this posting, some tickets do remain for the Sunday night, Dec. 14 date.
For more details, including what kinds of seats are available at specific dates, call the Coach House at 949-496-8930.

2008 Holiday Music a gift in tune with the season 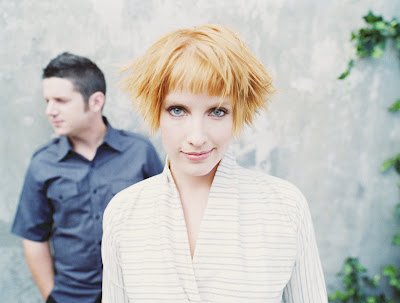 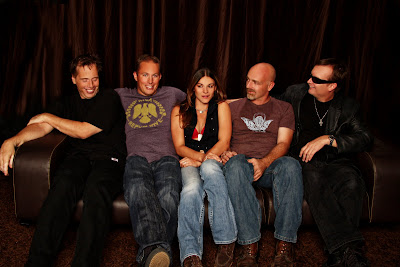 PARKAIMOON features, from left, drummer Dave Goode, bassist Damon Tucker, singer Kari Melissa, guitarist Tony Howell and guitarist-pianist Kenny Hale.
Photo credit: MIKE PRADO
There remains modern music that can't easily be categorized, defying well-established labels such as adult album alternative, hardcore, power-pop, funk or folk-rock.
So when getting an earful of the stunning new release from Parkaimoon, "The Sum of Our Experience," discerning listeners might want to throw away labels and note that it's simply a great modern rock album.
Released on Parkaimoon's own Platonic Music label on Nov. 11, 2008, "The Sum of Our Experience" is a wonderful 11-track disc that boasts artful and intelligent song craft enhanced by the troupe's strong musical instincts and dazzling performances.
The Orange County quintet spent about 18 months recording the finished tracks with engineer Jerry Adamowicz at Adamos Recording in Westminster. The album was produced by Kenny Hale, who plays guitar and piano in Parkaimoon.
"We wanted to do a big production record with multiple layers and orchestration," explained guitarist Tony Howell, noting Parkaimoon set out to get the big sound captured by some of their favorite acts, notably Pink Floyd and U2.
Added bassist Damon Tucker: ""Kenny, Tony and I sat down and watched the DVDs about the 'Making of the Joshua Tree' and the 'The Dark Side of the Moon.' If you are going to emulate someone else, you want it to stand the test of time. We rerecorded four songs from our last album ('Empty Vessel,' 'Disappearing Act,' 'Tunnel Vision,' 'Bury Me Deep') and did better versions of those."
Indeed, "The Sum of Our Experience" captures the grandeur of the band's heroes, while singer Kari Melissa, drummer Dave Goode and aforementioned Howell, Tucker and Hale bring their own distinctive talents to the mix to create something positioned between the far-flung sounds of Paramore, U2, Garbage and Evanescence.
"I can listen to it and enjoy it. I used to not be able to listen to my own stuff. I'm happy it (the new album) has the same sound quality as the other bands I like," Tucker said.
In addition to the band's album of all-original material, fans can download a cover of Led Zeppelin's "Kashmir" or hear the reworked classic on Parkaimoon's MySpace page.
"We do a lot of cover gigs and we wanted to do a remake while in the studio," Tucker said. "I figured; why not throw some fresh bait out there? A lot of bands I came to like were based on covers they did, like Primus with Pink Floyd's 'Have a Cigar' and the Chili Peppers with Stevie Wonder's 'Higher Ground.'"
Most of the lyrics featured on "The Sum of Our Experience" were penned by Tucker, although Howell and Stefani Roscoe wrote those on "Bury Me Deep."
"We have influences, but they may or may not come out on our records," Howell said.
Tucker had a slightly different take on the group's influences: ""We listen to current stuff and listen to old stuff. We don't sound like anything else out there."
Many of the newer songs on "The Sum of Our Experience" reflect Tucker's more recent experiences and view of life, notably the album's uplifting title track.
"That song says life's short, appreciate every moment you have."
Parkaimoon will perform at King Neptune's, 17115 Pacific Coast Highway, Sunset Beach, 9:30 p.m.-1 a.m. on Dec. 5.
Parkaimoon will perform at Mahe South, 24961 Dana Point Harbor Dr., Dana Point, at 8 p.m. Dec. 13, and at Mahe, 1400 Pacific Coast Highway, Seal Beach, at 7:30 p.m. Dec. 18. The band will also perform at the Marine Room, 214 Ocean Ave., Laguna Beach, at 9 p.m. on Dec. 19 and 20.
Information: http://www.parkaimoon.com/ or www.myspace.com/parkaimoon.
Posted by Robert Kinsler at 8:33 AM No comments: