This week I get to champion a handful of my favorite classic rock artists, all of whom are featured on new must-have full-length releases. 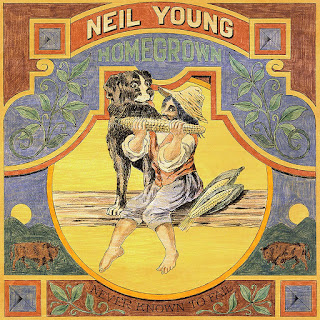 Artist: Neil Young
Title: Homegrown (Reprise Records)
You might like if you enjoy: Neil Young, Nils Lofgren, Bob Dylan
Tell me more: When it comes to tales of long lost musical treasures, it's tough to beat the backstory of Neil Young's latest offering Homegrown released on June 19. Originally set for release in 1975, Homegrown was recorded between June 1974 and January 1975. Indeed, Young himself cancelled the initial commercial release of Homegrown. Is the album worth the more than 45-year wait? To be sure. Things commence with the wonderfully-ragged "Separate Ways," a mix of rootsy rock and alternative country stylings. A feel good and positive "Try" follows, a romantic invitation whose lyricism is the equal of the track's sweet-tempered grace. Another joyful standout is "White Line," where Young's acoustic delivery is enhanced by some sweet lead guitar work from Robbie Robertson sprinkled artfully throughout. A quiet and inviting "Star of Bethlehem," embellished with Young's gentle harmonica play and additional lovely vocals from Emmylou Harris bolster the LP closer. The overall feel and tone of the album is alt country, with Young mixing that soundscape with injections of the blues ("We Don't Smoke It No More"), spoken word narration ("Florida"), rock ("Vacancy") and folk ("Kansas"). "Mexico" and "Little Wing" — songs that Young delivers alone — are particularly affecting. There is a profound elegance displayed via the songs, stellar musicianship and the resplendent sound of the 12 memorable tracks lovingly restored from the original master tapes by John Hanlon. Information: NeilYoungArchives.com. 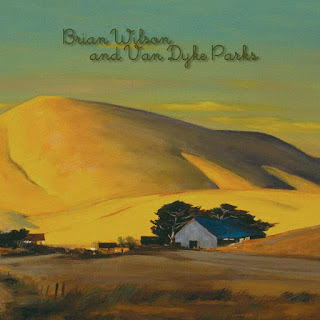 Artists: Brian Wilson and Van Dyke Parks
Title: Orange Crate Art (Omnivore Recordings)
You might like if you enjoy: Brian Wilson, The Beach Boys, Burt Bacharach
Tell me more: Fans of The Beach Boys' most adventuresome music will want to get the wonderful 25th anniversary reissue of Orange Crate Art, the ambitious 1994 collaboration between icon Brian Wilson and producer-arranger Van Dyke Parks. It is a wonderful companion to 2011's The Smile Sessions, a project that completed the Beach Boys album SMiLE (that was originally recorded in 1966 and 1967 but never completed; that LP was composed by Wilson with Dyke Parks providing the lyrics). Orange Crate Art features a collection of genre-defying songs penned by Parks, who recruited Wilson back into the studio to sing the songs; this was no easy task since Wilson was coached to sing lead vocals and all harmony vocals on the songs (just listen to "Palm Tree and Moon" and "Summer in Monterey"). This is an outstanding album of songs that collectively celebrate the mythical Southern California of yesterday; the Baroque pop title track, Beach Boys-flavored "Sail Away" and lounge chamber pop "My Hobo Heart" are early highlights. The artful rocker "San Francisco," Calypso-tinged "Hold Back Time," orchestral pop gem "Movies Is Magic" and Americana mining "This Town Goes Down at Sunset" capture the bold and zealous spirit of this truly original and captivating title. The end of the first disc includes three previously-unissued session outtakes. A second disc on the 2-CD package features 11 instrumental versions of the songs heard on the first disc. Orange Crate Art is available as a 2-CD or 2-LP vinyl set. Information: OmnivoreRecordings.com. 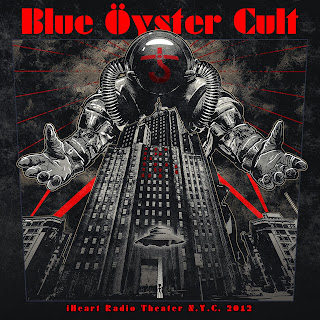 Artist: Blue Öyster Cult
Title: iHeart Radio Theater N.Y.C. 2012 (Frontiers Music s.r.l.)
You might like if you enjoy: Rush, Asia, Blue Öyster Cult
Tell me more: Blue Öyster Cult's performance at iHeartRadio Theater in New York City on Dec. 17, 2012 was staged before an intimate setting of 200 fans as part of a special concert in connection with the band's 40th Anniversary and release of a boxset The Columbia Albums Collection. Fortunately the special webcast was also captured by high-res video cameras and state-of-the-art recording equipment for the newly-released iHeart Radio Theater N.Y.C. 2012. The rock quintet (singer-lead guitarist Donald "Buck Dharma" Roeser, singer-guitarist Eric Bloom, guitarist-keyboardist Richie Castellano, bassist Kasim Sulton and drummer Jules Radino) opens with the blistering "R U Ready 2 Rock" and never looks back, delivering up powerful and convincing versions of many of the troupe's most beloved originals. Blending progressive and psychedelic rock styles, early highlights include the dynamic "Golden Age of Leather," an extended take on the infectious hit "Burnin' For You" and heavy metal favorite "This Ain't the Summer of Love." Later Blue Öyster Cult escalates the concert's power quotient with the lead guitar-anchored rocker "Shooting Shark," hard rocker "Cities On Flame with Rock and Roll," the enthralling prog rocker "The Vigil," and bona fide rock radio classics "Godzilla" and "(Don't Fear) The Reaper." The band's blend of virtuoso musicianship, creative and full harmonies and unflinching song craft make for a powerful presention across the title. iHeart Radio Theater N.Y.C. 2012 is available via audio CD/DVD, Blu-ray and vinyl formats. Information: BlueOysterCult.com. 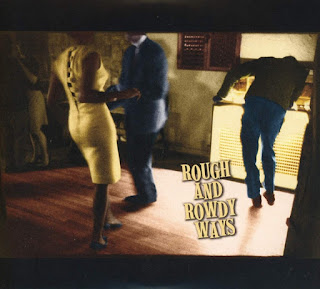 Title: Rough and Rowdy Ways (Columbia)
You might like if you enjoy: Bob Dylan, Michael Ubaldini, Bruce Springsteen
Tell me more: Rough and Rowdy Ways is Bob Dylan's first album of original material in eight years, and first new full-length release since he received the Nobel Prize for Literature in 2016 "for having created new poetic expressions within the great American song tradition." At 79, the legendary Duluth, Minnesota native still has plenty of important things to say. Look no further than the much-discussed "Murder Most Foul," a track that fully chronicles the assassination of President John F. Kennedy on November 22, 1963. Dylan's fierce observations are delivered with a well-aged raspy baritone and beautifully framed by an acoustic piano and the embellishment of strings. But to hear the 17-minute opus as only a snapshot of that tragic moment in Dallas is to miss Dylan's ability to tap into the fears and profound sadness that greeted the nation with the murder of Kennedy, as well as a myriad of cultural and historical references that boost the poetic ride. Followers of Dylan know there is often a mystery to his enigmatic songs adorned with literary citations, and that is the case here. The blues-stamped "False Prophet" and "My Own Version of You," vulnerable ballad "I've Made Up My Mind to Give Myself to You," gorgeous "Mother of Muses" and countrified "Goodbye Jimmy Reed" are involving and thought-provoking songs in the tradition of his best work and are worth many repeated listens to be sure. Information: BobDylan.com.

Posted by Robert Kinsler at 4:15 PM