Happy Friday everybody! Lots of '80s-spawned bands  my blog this week...

Tears For Fears released The Hurting 30 years ago today.


All Tiny Creatures are back with their second album Dark Clock, coming out May 28, 2013 on Hometapes, the Portland-based label home to Matthew E. White, Bear In Heaven & Megafaun. "This is like pop music from an alternate universe," says Thomas Wincek, the founder of the Wisconsin-based four-piece. Hearing the urgent, upbeat, breathy direction of the first single "Quickest Cut," you're transported to a land where every child was raised on a steady diet of Steve Reich, King Crimson, the Beach Boys, and Def Leppard.


The first single, "Quickest Cut," can be heard now over at Paste, who say the record "will feature the band’s signature shimmering electronic pop sound as well as their penchant for Beach Boy-inspired harmonics.Click here to hear the new single. Visit the band's Web site at: http://alltinycreatures.com/ 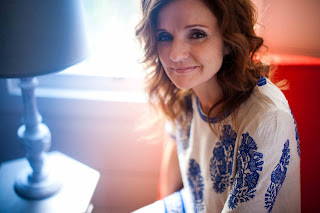 New West Records is proud to announce that Patty Griffin will release her new album, American Kid, on May 7. The album, co-produced by Griffin and Craig Ross, is her seventh and first for New West. It is her first album of mainly new material since the acclaimed Children Running Through in 2007. In between then and now, she made the Grammy Award-winning Downtown Church in 2010 and became a member of Band of Joy alongside Robert Plant.


American Kid, much of which Griffin says "was written to honor my father," returns to typical Patty Griffin territory, which is to say that it features a group of remarkably powerful, personal and unpredictable songs arranged and performed in a style that doesn't entirely repeat anything she's done on her previous albums while drawing on all of them. Yet Griffin's catalog is among the most unified in modern popular music, because her singing is as unmistakable and inimitable as her songwriting.

Griffin has lived in Austin and recorded either in Austin and Nashville throughout her career (she released her first album, Living with Ghosts, in 1996) but American Kid is her first album whose music sounds stylistically rooted in Americana. "It was recorded in Memphis," Griffin says, and adds with a quick laugh, "Part of the reason was the chance to get away from what I'd been doing." The key to that was working with North Mississippi Allstars guitarist Luther Dickinson and drummer Cody Dickinson. The Dickinsons had played acoustic sets opening for Band of Joy and Luther gave Patty lessons on mandolin. "With the Dickinsons, you're constantly seeing people who work to get away from what they're used to." 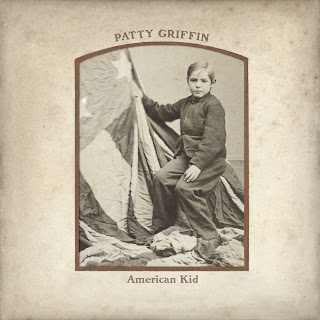 Co-producer Ross, perhaps best known for his guitar work with Lisa Germano as well as his own critically acclaimed solo albums, is also responsible for the production of an earlier Griffin collection (2004's Impossible Dream). Griffin said she chose Ross because of his ability, as she describes it, "to get the ghost out of the machine." Ross plays -- usually guitar but also bass, mandolin, baritone, omnichord and organ -- on all but two tracks on the album. The other prominent musical contributor, appearing on eight of the twelve tracks, is guitarist Doug Lancio, who has played on just about every Patty Griffin recording since Flaming Red, and produced some of them. Long-time friend and sound engineer, Roy Taylor helps out once again on American Kid, and Plant sings on three songs.

The album's lyrical focal point is Patty's father, a high school science teacher who fought in World War II, lost his father young and his mother almost immediately after he returned from the war, lived for a time in a Trappist monastery, raised seven children, bought Patty's Sgt. Pepper for her birthday and changed her life. Mr. Griffin's impending death sparked the songs. But these aren't songs about death, even though American Kid features ample reference to mortality. American Kid is thematic, not a concept album.


Tracklisting for American Kid:
Go Wherever You Want To Go
Don't Let Me Die In Florida
Ohio
Wild Old Dog
Mom & Dad's Waltz
Faithful Son
Highway Son
That Kind of Lonely
Irish Boy
Get Ready Marie
Not A Bad Man
Gonna Miss You When You're Gone
Griffin and her band will be touring throughout 2013.