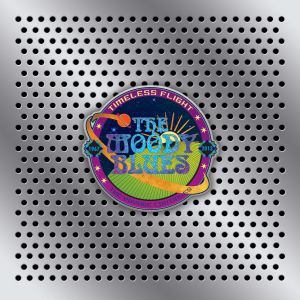 A extensive new reissue set from Universal Music Enterprises is primed to offer the most comprehensive look ever into the musical history and legacy of The Moody Blues, with outtakes, new mixes, full concerts and a 120-page booklet to go with all the seminal group’s most beloved recordings.


The Moody Blues last revisited their classic albums in 2008, but that reissue project simply can't match up with the sheer dimension of this one: Timeless Flight: The Voyage Continues, set for release on June 3, 2013 will include 11 audio CDs, six DVDs and a host of additional memorabilia including a replica concert poster.

Three of the DVDs will feature 5.1 surround sound mixes of Moody Blues albums released between 1967-72 — including Days of Future Passed (which featured both "Nights in White Satin" and "Tuesday Afternoon"); On the Threshold of a Dream (the band’s first U.K. chart-topper); To Our Children’s Children’s Children (a No. 2 hit in the band’s native England); A Question of Balance (which went Top 5 in both America and the U.K.); Every Good Boy Deserves Favour (home to "The Story in Your Eyes"); and Seventh Sojourn (which included the hit "I’m Just a Singer (In a Rock and Roll Band)"). Justin Hayward, who just released his first solo album since 1996 (Spirits of The Western Sky), oversaw the remastering.

The remaining trio of DVDs will focus on rare television appearances by the group, promo clips and a previously unreleased film of a 1970 concert in Paris.