Happy Monday everybody. I am still riding high on The Mavericks' amazing performance at The Coach House on Saturday night. Truly an incredible show all the way around. If you have not caught my review of the show, read it here. Read on for some timely items pulled from my inbox... 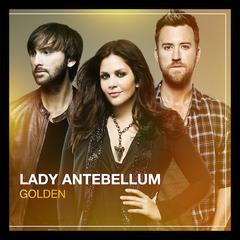 For Seven-time GRAMMY winning trio Lady Antebellum, their upcoming fourth Capitol Records Nashville release GOLDEN out May 7 was figuratively – and literally – borne on the move.
The harmony-based trio and its sizeable fan base bonded heavily during the band’s headlining Own The Night World Tour– an over-sized road trip, if there ever was one. The shows themselves were inspirational. But so was the time offstage. Lady A made a point of experimenting and creating with its road band as the one-nighters and the miles of travel piled up. That behind-the-scenes interaction inspired much of the music on GOLDEN, an instantly infectious project in which Lady A discovered new edges for its already-successful foundation.
“We were just kind of in that live show mindset for this album,” said Lady A’s Dave Haywood. “We had that perspective of being on a tour and having seen what translates in an arena. We have a better idea what kind of songs are so relatable where it shakes everybody like, ‘Oh, my God, I’ve totally been there.’”
“Every band I love that’s been here for a long time has reinvented itself in some way,” added Charles Kelley. “There’s a balance to it. I get a little annoyed when people reinvent themselves too much because there’s a reason people fell in love with you in the first place, but I think it’s important not to regurgitate the same stuff over and over again.”
Lady Antebellum’s familiar, established blend remains firmly intact, but there’s a sense of renewal about it, too.  Lady A and veteran producer Paul Worley return as co-producers on GOLDEN, a reinvented version of Lady A that’s familiar but simultaneously unlike any of its predecessors. It’s an achievement that comes from the band’s journey, and from its willingness to risk. “Downtown,” GOLDEN’s funky lead single, first announced the new direction in January. The band gave it an energetic, playful performance with a noticeably cleaner production than the previous album. The recording uses fewer instruments – each of them framed distinctly in the sound – and Scott delivers the lead vocal with a full-on attitude that’s never been completely realized in previous recordings.
“We embraced risk,” noted Hillary Scott. “When you are pushing yourself to not go back to the same well, you’re gonna come up with something different, or you’ll find songs that are different. And that’s what happened on this album.”
In some ways, GOLDEN also reaffirms the very beginnings of Lady Antebellum. The project focuses on deft songwriting and fresh uses of their talents, which was at the heart of what drew them together in the first place. In the end, the mix of their road experiences, songwriting and challenging outside songs adds a brightness to the album that’s reflected in the GOLDEN title.
GOLDEN Track List:
1. Get To Me
2. Goodbye Town
3. Nothin' Like The First Time
4. Downtown
5. Better Off Now (That You're Gone)
6. It Ain't Pretty
7. Can't Stand The Rain
8. Golden
9. Long Teenage Goodbye
10. All For Love
11. Better Man
12. Generation Away

Great White is apparently on tour, but without lead singer Jack Russell! Fans of Russell's amazing blues style should make sure to only see the band if fronted by Russell. Read more here.
Posted by Robert Kinsler at 9:31 AM