Happy Monday everybody! I hope all of you bound for SXSW this week have a great time! 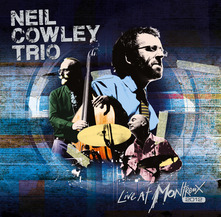 
Making their debut appearance at the Montreux Jazz Festival on July 11, The Neil Cowley Trio are virtuoso musicians. Cowley is a consummate live performer with a distinctively English wit and the ability to create a marvelous rapport with his audience, as ably demonstrated on Live At Montreux 2012. The show focuses primarily on their latest album The Face Of Mount Molehill (recorded & later toured with a string ensemble), with a scattering of tracks from their previous releases.

Neil Cowley is a much in demand pianist who cut his teeth on albums by the likes of Brand New Heavies and Zero 7, and more recently played piano on both of Adele’s global bestselling albums 19 and 21, making him quite literally, the most listened to pianist on the planet!

Defined by powerful riffs countered by poignant, delicate passages and witty, whimsical romps, Cowley’s jazz-meets-rock ethic has earned his trio worldwide acclaim, and plaudits from across the musical spectrum. Their debut album Displaced won the 2007 BBC Jazz Award for Best Album and the trio undertook their first UK tour in the same year, going on to perform extensively around the globe, appearing at some of the worlds most prestigious jazz festivals alongside a string of triumphant shows in the US in 2012. Heralded as “strong stirring stuff” by Time Out New York, their most recent recording, The Face of Mount Molehill earned the trio Best UK Jazz Act at the inaugural Jazz Fm Awards.

Click here to view a video of “Hug The Greyhound” - https://www.youtube.com/watch?v=Szj5_JP1NF0

2) Rooster Was A Witness

14) The Face Of Mount Molehill

* Not on CD format 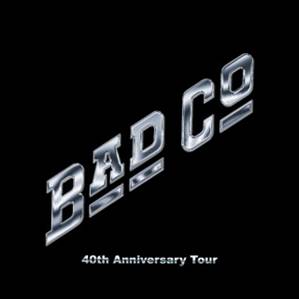 ON JUNE 15 IN RANCHO MIRAGE, CA

Bad Company has announced the complete itinerary for the band's Summer tour of the U.S. Celebrating their 40th anniversary since forming, the excursion begins on June 15 in Rancho Mirage, CA and will stage 22 dates, ending on August 3 in Orilla, Ontario. The band appeared in June, 2012 at the Sweden Rock Festival, which followed a tour of the Japan and North America in 2010 that staged 21 appearances. Prior, Bad Company toured the U.K. for an eight-date run, which concluded at Wembley in London, followed by ten shows in the U.S. in 2009. In front of the tour, Paul Rodgers shares, "When Mick and I formed the band we were amazed at the instant success. It didn't hurt to have Led Zeppelin behind us, and we wrote some decent songs that still resonate. This one is for the fans."

Bad Company were dubbed a super-group upon the band's formation due to the union of Free's Paul Rodgers (Vocals / Multi-Instrumentalist) with Mott The Hoople's Mick Ralphs (Guitar) plus Free's Simon Kirke (Drums) and King Crimson's Boz Burrell (Bass), who passed away in 2006. Over the next nine years, the band released a string of six albums that sold tens of millions of copies, yielding international hits "Can't Get Enough," "Bad Company," "Feel Like Makin' Love," and many others penned by the main songwriters Paul Rodgers and Mick Ralphs. Original members Rodgers, Ralphs, and Kirke will be joined by guitarist Howard Leese and bassist Todd Ronning (from Paul Rodgers solo band).

Bad Company has inspired many of today's musicians. Most notably, Metal band Five Finger Death Punch who scored a #1 Active Rock hit with a cover of the song "Bad Company". Since 2001, the band has only played 11 isolated performances, and has not staged a tour of The United States and Canada until now.

On 13 of the dates, Bad Company will co-headline with Lynyrd Skynyrd. Paul Rodgers recently shared, "The Skynyrds and I go back to the 70's and the days and nights at the Hyatt House on Sunset in LA aka the Riot House. In the 90's the band introduced me to my wife Cynthia, and that's why I am so damned happy and healthy these years." Lynyrd Skynyrd's Johnny Van Zant offered, "Every member of Skynyrd has been fans of Bad Company from the get go. Personally, Paul is one of my favorite rock singers. We have a deep appreciation for Bad Company’s music and look forward to being on the road with them and sharing the stage.”

DiscLive Network (www.disclivenetwork.com) has partnered with Bad Company. Recordings of all appearances where available will be released to fans the evening of the appearance so that they have the opportunity to walk out of the show with the concert they just attended. These double CD sets, which will be individually numbered and packaged in super high quality DigiPaks commemorating the 40th Anniversary Tour, will also contain an extra "bonus" CD with an exclusive "rockumentary" style interview with Bad Company. Fans may go to www.disclivenetwork.com to reserve their copy today.

The complete itinerary follows, with co-headline dates cited via the notation W/LS:

6/28 Hammond, IN The Venue at Horseshoe Casino 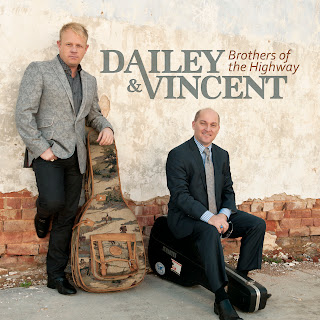 Dailey & Vincent Get Back To Their Roots on 'Brothers Of The Highway';


Acclaimed bluegrass group Dailey & Vincent will release their sixth studio album, Brothers Of The Highway, on May 7, 2013. The eagerly anticipated follow-up to 2012’s Grammy-nominated The Gospel Side of Dailey & Vincent features a pair of original Jamie Dailey compositions as well as ten stirring and evocative new interpretations of songs made famous by the likes of Vince Gill, the Louvin Brothers, Kathy Mattea, Bill Monroe, Cody Shuler & Pine Mountain Railroad, George Strait, and Porter Wagoner.


While choosing material for this album, the duo, comprised of Jamie Dailey (voice and guitar) and Darrin Vincent (voice and bass), found inspiration in the words of their friend and mentor Ricky Skaggs, who advised them “You can’t know where you’re going unless you know where you’ve been.”

“I am extremely passionate about this album. It is a reflection of my heart, my soul, and my love for great music,” said Dailey. “When it was time to record this album, Darrin and I knew exactly what we wanted it to be. We both agreed that it was time to record a straight-ahead Bluegrass record consisting of a blend of original songs and songs from the past that we absolutely love. We know where we came from, and we know where we want to go. We feel this record is in step with our musical dreams, and we are excited for people to hear it!"

"Brothers Of The Highway" has been a labor of love for us,” adds Vincent. “We wanted to make an album about the joys of a simple way of life and tell stories through descriptive lyrics about friends, family, and love. I am so proud of this album. From the bottom of my heart, I hope you enjoy these songs as much as we enjoyed performing them for you."

Since they burst onto the scene in 2007, Dailey & Vincent have amassed an impressive array of honors including three consecutive IBMA (International Bluegrass Music Association) Awards for Entertainer of the Year and Vocal Group of the Year, respectively; two Grammy nominations, and the 2011 Dove Award for Bluegrass Album of the Year. The band, dubbed the “rock stars of bluegrass” by CMT.com, has also become a perennial favorite on the touring and festival circuit: they play over 115 shows per year to sold out crowds in the United States and have developed a strong international following.

“Masters of harmony singing” (No Depression) Dailey & Vincent will be on tour throughout 2013 and beyond.

4. Back To Jackson County (Jamie Dailey)

10. Won’t It Be Wonderful There (Mildred Styles Johnson)

12. Where’ve You Been (Don Henry/Jon Vezner)

Posted by Robert Kinsler at 8:27 AM