Lots of Zombies-related updates to share. Before I provide the latest on the Zombies' much-anticipated livestream from Abbey Road Studios on Saturday, Sept. 18, here is the big announcement on the 50th Anniversary reissue of singer-songwriter Colin Blunstone's debut "One Year" coming Nov. 5, 2021...Robert Kinsler 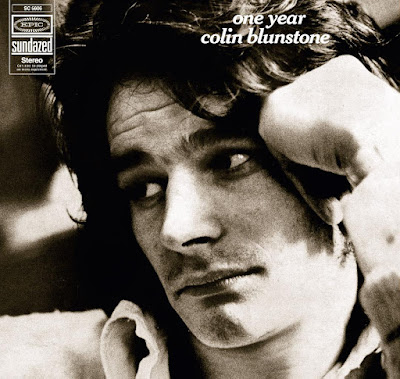 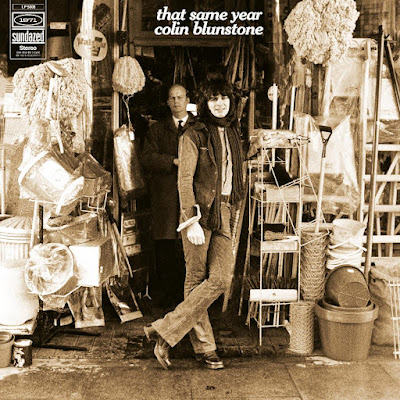 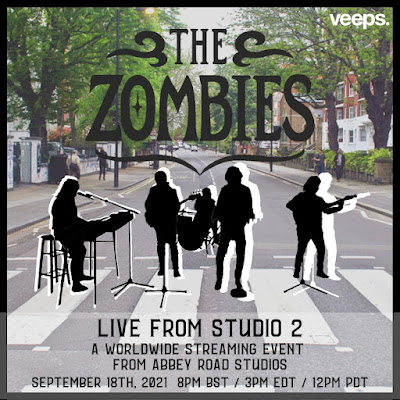 The Zombies' triumphant return to Abbey Road Studios on Saturday, Sept. 18, 2021; Paul Weller among celebrity guests to join the band during the event!
Over the years, musical magic has been made in Abbey Road Studios.  Come Sept. 18, Zombie magic will take place within the hallowed walls of this music lover's shrine.  And here's the best part – you have the chance to be an ear and eyewitness to this highly anticipated musical event.

Abbey Road.  The very name conjures up a vision of the iconic photo on one of the Beatles' most famous album covers taken on a street outside the celebrated recording studio.  Ardent and devoted Zombie fans know all too well that about two years before that photo was taken, the Zombies recorded their masterpiece, Odessey and Oracle, in the same studio at Abbey Road where the Beatles had just completed their masterpiece, Sgt. Pepper's Lonely Hearts Club Band.  The late Terry Quirk, our much beloved album cover designer and artist extraordinaire, immortalized the occasion in one of his whimsical and "quirky" drawings.

It seems fitting that, once again, our favourite band, the Zombies, will be replicating a similar world-encompassing experience, and you're invited to be a part of it. 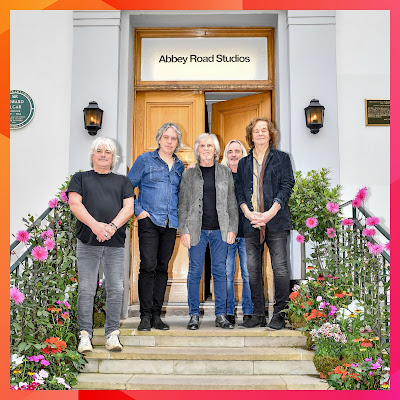 There's certain to be some music fans who were lucky enough to be around to remember the global satellite broadcast 54 years ago when The Beatles were in this very studio introducing the world to their new song called, "All You Need Is Love."  It was beyond phenomenal!  For those not born yet or too young to recall, picture a world without cellphones, the internet, social media and all of the high-tech perks we take for granted.  The British Broadcasting Corporation (BBC) decided to produce the world's first global television program which would link five continents simultaneously by a satellite orbiting the earth.  This was the most ambitious and historic television program of its time, and the broadcast culminated with the Beatles performing a new song "live" written specifically for this event.  The result was epic!  Friends and family of the Beatles packed the Abbey Road Studios to join in this momentous occasion.  Mick Jagger and Keith Richards were there, along with Eric Clapton, Graham Nash and Keith Moon of The Who.  Jane Asher, Pattie Boyd and Marianne Faithful were among the famous bystanders amid a worldwide audience of a reportedly 400 million people.

For those who have been patiently waiting for some good news on the pandemic front, we'd like to offer you the opportunity to get some life back into your life!  How long has it been since you were able to experience a concert?  Are you getting the urge to return to some form of normalcy in your mask-wearing, social distancing existence?  Your wish has been granted!  On September 18, the Zombies will be streaming a full concert from Studio 2 at Abbey Road Studios in London for you and all of their fans on a global stage. This will be your opportunity to reconnect with the Zombies and be a part of musical history.

While the cast may be slightly different from The Zombies who entered Abbey Road Studios in 1967, Colin, Rod, Steve, Tom and Søren will be there to perform a career spanning concert with many of our favourites intertwined with some exciting new material.  Yes, the "touring" Zombies have been putting these months of isolation to good use by writing and rehearsing new songs for a soon to be released new album.

Joining the Zombies in the studio will be the Q Strings, an experienced and versatile string quartet based in London who have performed worldwide with such acclaimed artists as Brian Wilson, OneRepublic and Gilbert O'Sullivan.

The concert will be followed by an online Q&A session with Rod Argent and Colin Blunstone, hosted by Rock Journalist David Fricke.  The band will also field questions from a virtual audience of surprise celebrities! This will be their first and only worldwide streaming event this year, and you're not going to want to miss it!

The smartest and most economical idea is to purchase a special package in advance which includes the concert, Q&A session, poster and T-shirt.  It makes sense to purchase in advance because the price will increase on the day of the event. Plus, if you happen to miss the live stream or will be travelling, you can watch the concert from anywhere in the world as many times as you'd like for two weeks after it broadcasts!

Sound like a plan?  We think so, and we look forward to you joining us on September 18 at 12pm PDT/3pm EDT/8pm BST!  Tickets can be purchased at here.
-Contributed by Nancy King
Posted by Robert Kinsler at 7:58 AM