Where: The Coach House

Upcoming: Ingram's upcoming performances include a high-profile performance at the El Rey Theatre in Los Angeles on Wednesday Sept. 15, and at the Ryman Auditorium in Nashville, TN on Sunday, Sept. 19

Although he is only 22, rising bluesman Christone "Kingfish" Ingram is already a bona fide star. He proved all that and more throughout a thrilling performance at a packed Coach House on Friday night. For 100 wonderful minutes the Clarksdale, Mississippi native and his top-notch three-man band delivered a masterclass in the blues. 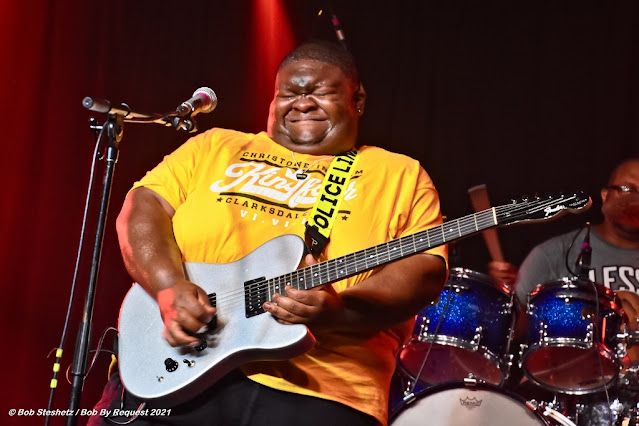 On the heels of the release of his outstanding sophomore album 662, Ingram focused on the powerful originals that fill that 2021 disc during his performance in Orange County. Indeed, only a couple of tracks from his 2019 Alligator Records debut Kingfish were featured on Friday, with the rest of the terrific material coming from his very personal follow-up.
After the three members of his band (handling drums, bass and keyboards) took the stage and began playing, the distinctive lead guitar work of Ingram could be heard over the P.A. system; he soon came down the stairs leading to the stage and joined his mates for an extended blast through "She Calls Me Kingfish." 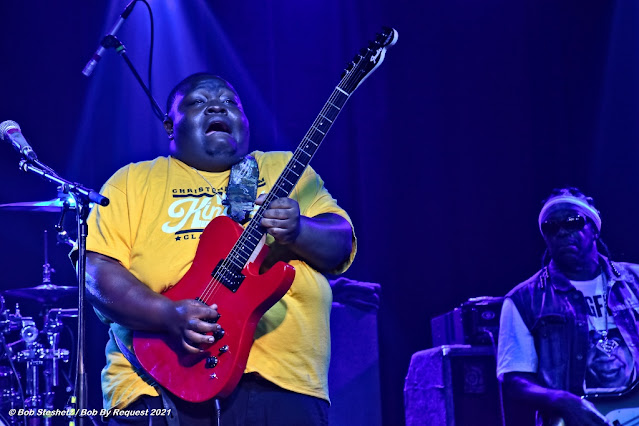 The second song, "Fresh Out," spanned 10 minutes and provided ample opportunity for Ingram to display his amazing lead vocals along with his technically flawless and artistically aimed electric guitar work. His slower third cut, "Another Life Goes By," found Ingram singing: "Where does hate come from and how can we make it stop? / We got to make some changes before somebody else gets shot." His guitar work was the equal to his affecting verses; at one point stylish jazz chords were used amidst his signature lead guitar work to bolster the moment. 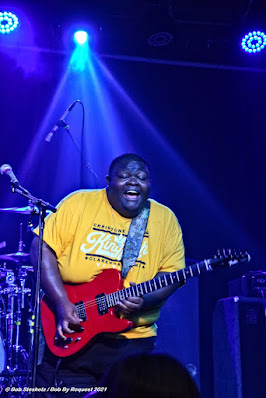 Indeed, watching Ingram in a full-length headlining set allowed this writer to fully appreciate his command of blues, often bringing in elements of jazz and blues-rock into the mix. He could bring his fret work down to a whisper and suddenly unleash volcanic power to bolster an instrumental section.

A highlight of the night had to be the marathon-length version of "Your Time Is Gonna Come," where Ingram walked out throughout every part of the crowd showing off his lead guitar magic. He even went upstairs and went into one of the private booths and appeared for all the hundreds below to see.

The semi-acoustic "Something In The Dirt" and "Listen" were a savvy change of pace before he picked up the momentum via the reflective "Already Gone," fiery "Not Gonna Lie," soul gem "That's All It Takes" and hard-edged blues rocker "662." 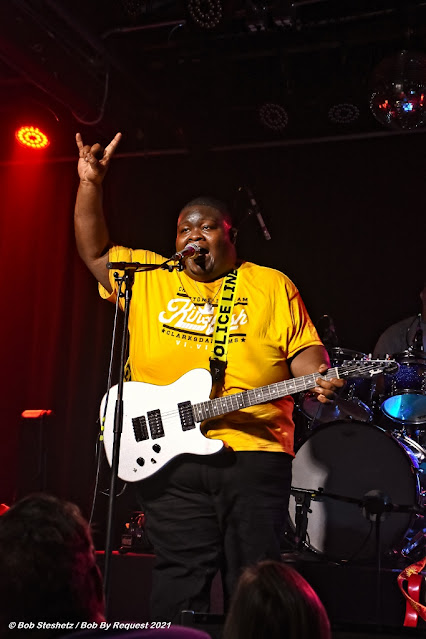 The strong encore featured the undeniable blues groove "Long Distance Woman" and a scorching reworking of the Jimi Hendrix classic "Hey Joe" – the latter enhanced by an effective reggae break.
Opening the bill was Huntington Beach-based singer-songwriter/guitar great Harlis Sweetwater. Accompanied by his own flashy work on guitar (electric and acoustic), the artist used his powerful Billy F Gibbons-styled vocals to deliver both originals and covers well received by the sold-out crowd.

His powerful opener "Got Me A Woman," uptempo "Big Bad Bill" and rootsy "Cold Ground" were among the highlights of his 40-minute set. After performing a version of Muddy Waters' "Still A Fool" late in his outing he received high marks when he told the crowd "You are keeping the blues alive." 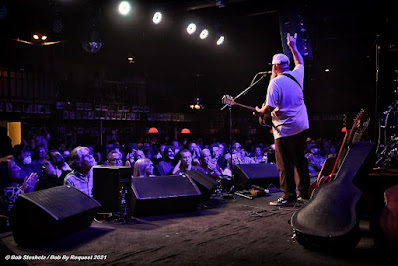 At the Coach House on Friday night, both Sweetwater and Ingram made a pretty darn good case that the blues are still alive and well in 2021.

Posted by Robert Kinsler at 3:23 PM