Legendary Rock and Roll Hall of Famer Linda Ronstadt will be featured in a new music documentary coming out next month. Here is the official media release that just landed in my inbox...Robert Kinsler

Linda Ronstadt documentary 'Linda and the Mockingbirds' to be released digitally Oct. 20, 2020 from Shout! Factory
A TALE OF IMMIGRATION, FAMILY, AND MUSIC,
AN INSPIRING NEW DOCUMENTARY CAPTURES
﻿LINDA RONSTADT’S
2019 TRIP TO MEXICO WITH LOS CENZONTLES,
A YOUNG MEXICAN-AMERICAN SONG AND DANCE TROUPE 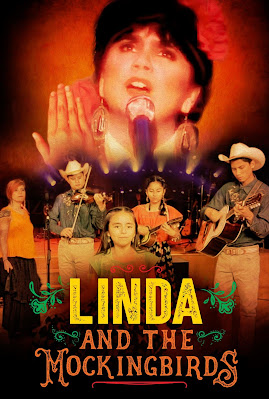 Oh man, that sounds like a great documentary! Thanks for this.