I got to view Joe Bonamassa's fantastic live concert performed at the Ryman Auditorium and it was definitely the next best thing to being there. The audio and high-def visuals of the virtual concert were excellent and the performance was amazing. Until we get to the other side of this global pandemic, Bonamassa's approach is a great way to go.

Here is a media release to share about the event as well. Make plans to get Bonamassa's forthcoming studio album when it is released next month... Robert Kinsler 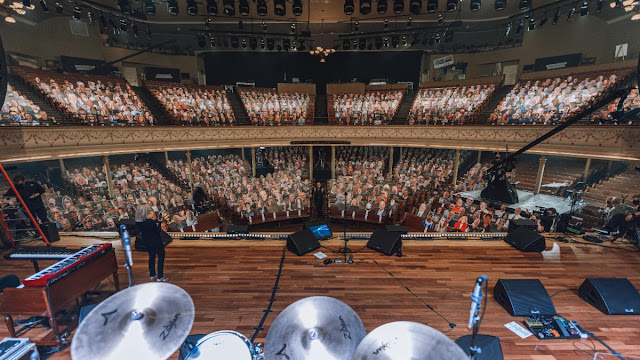 A large portion of Joe’s appeal lies in his supernerd tendencies, attention to detail and genuinely enormous breadth of chops. And you sense that he cares – really cares – about all this.
Classic Rock
Joe’s heartfelt performance succeeded in taking the edge off what has been an awfully long break, and there’s no doubting at all the untrammeled power of a Joe Bonamassa live performance, even in an empty room. 8.5
Sonic Abuse
If you’ve ever attended a live Bonamassa show you know that Joe doesn’t cut corners. Every detail is meticulously planned…With his livestream concert, Bonamassa shows the music industry that livestream shows are a viable alternative for artists when done in a professional manner...incredible guitar, a tight performance with top notch production and sound.
Blues Rock Review
PRE-ORDER JOE’S NEW STUDIO ALBUM ROYAL TEA:
https://joeb.me/RoyalTea

On Sept. 20, 2020, guitar icon Joe Bonamassa truly stole the show. Performing LIVE, in real time, from Ryman Auditorium, Bonamassa played his new studio album Royal Tea (recorded at Abbey Road Studios in London) in its entirety, a month before its release on October 23rd, along with fan favorites from his recent 20th anniversary album, A New Day Now, which is his 23rd #1 album!
The legendary venue typically seats 2,300, but for one night only, the real crowd was the size of a major stadium, and in-house nearly every seat was filled with a custom cardboard cutout. The event sold over 17,000 tickets, reaching 44 countries, bringing audiences of all cultures and backgrounds together, worldwide for one very special live music presentation. Considering the number of households watching concerts together from home, one ticket could actually account for an entire family, so the true number of viewers would likely skyrocket. Furthermore, there’s still time to check out the action – tickets for the livestream are available through the entire rest of the week until September 27th.
Between ticket sales and donations during the After Party Showcase the event raised $32,000 already for Bonamassa’s Fueling Musicians program, presented by his non-profit Keeping the Blues Alive Foundation (KTBA). The showcase featured some of the genre's most talented, emerging acts of this generation, with over an hour of non-stop performances from artists including Ally Venable Band, The Cold Stares, Elles Bailey, Ida Mae, Jared James Nichols, Jontavious Willis, Katy Guillen & The Drive, Robert Jon & The Wreck, Southern Avenue, Tyler Bryant and Vanessa Collier.
Tickets purchased this week will continue to support the cause, benefiting touring musicians unable to make a living due to COVID-19. To date the program has raised over $350,000 in total and has supported more than 190 touring musicians impacted by the pandemic. 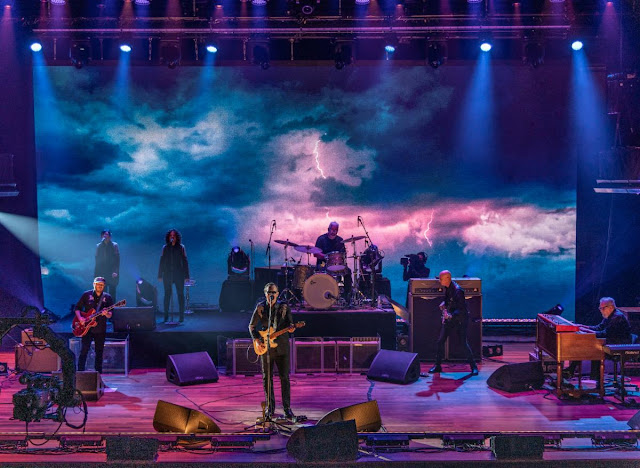 The Sept. 20 Ryman Auditorium concert is in the works to be broadcast on public television and will be available on DVD at a later date.
To keep up with everything Bonamassa, visit jbonamassa.com, and be sure to stay connected on social media.