AC/DC is back! After several days of online hints, today comes official word that the legendary hard rockers are set to return with a new album titled PWR UP. And that includes a lineup that features singer Brian Johnson, drummer Phil Rudd, bassist Cliff Williams along with lead guitarist Angus Young and rhythm guitarist Stevie Young. This afternoon (Wednesday, Sept. 30, 2020), the band confirmed this news via social media channels and other online announcements. Johnson had been away from the group for four years (after experiencing serious hearing loss), while Rudd had been missing from the lineup for the past five years!

The next album will be the band's first since 2014's Rock Or Bust! LP. 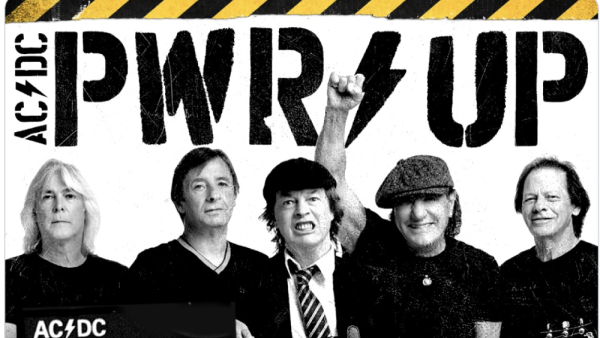 A new photo of the rock quintet was released today and can be seen above!

For fun, check out my review of AC/DC's performance at Coachella back in April 2015 HERE.

Posted by Robert Kinsler at 2:23 PM