A terrific reissue of one of the best rock titles of the 1970s, as well as new albums from several genre-blending rising artists are worth discovering... 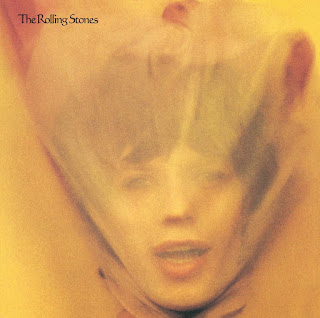 Artist: The Rolling Stones
Title: Goats Head Soup 2020 (Interscope Records)
You might like if you enjoy: The Rolling Stones, Mick Taylor
Tell me more: Listening to the remastered reissue of The Rolling Stones' 1973 classic Goats Head Soup is to gain a far greater appreciation of the masterwork. The freewheeling opener "Dancing With Mr D," volcanic "100 Years Ago," edgy "Doo Doo Doo Doo Doo (Heartbreaker)," sentimental ballad "Angie," rollicking "Silver Train," rowdy "Star Star" and other timeless songs introduced to the world 47 years ago remain an essential part of the British band's legacy. What's more, the bonus material from the period available for the first time adds depth to the 2020 reissue. Three previously-unheard studio tracks ("Criss Cross," "All The Rage" and "Scarlet") are also revealed; "Scarlet" is the jewel here, a signature-styled Stones blues rocker featuring guests Led Zeppelin guitarist Jimmy Page and bassist Rick Grech (of Blind Faith) joining for an especially enticing collaboration. Another standout is a demo of "100 Years Ago" featuring Mick Jagger singing the cut to the lone accompaniment of piano. That bonus disc of unreleased tracks features a number of great unissued mixes by Rolling Stones insider and celebrated producer Glyn Johns. A third disc in the box set editions includes "Brussels Affair," a 15-track live concert recorded in Belgium in 1973. That fiery concert set, mixed by Bob Clearmountain, was previously only available in The Rolling Stones' "official bootleg" series of live recordings in 2012. The Goats Head Soup reissue is available in multiple configurations, including four-disc CD and vinyl box set editions. Those deluxe box sets offer the original 10-track album in 5.1 Surround Sound, Dolby Atmos and Hi-Res mixes, along with the videos for several of the songs. An exclusive 100-page book with captivating images from the era and details about the recording of the album as well as the iconic album artwork and information about the 2020 reissue is also included. Information: RollingStones.com. 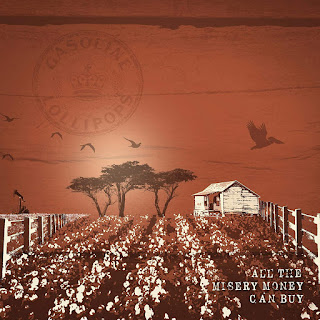 Artist: Gasoline LollipopsTitle: All The Misery Money Can Buy (Soundly Music)
You might like if you enjoy: The Doors, Pearl Jam, Gregg AllmanTell me more: Acclaimed Colorado quintet Gasoline Lollipops' new album All The Misery Money Can Buy is filled with thought-provoking originals delivered with an intensity enhanced by nuanced arrangements and virtuoso musicianship. Singer-songwriter-rhythm guitarist Clay Rose has a powerful voice able to catapult the band's sound – a mix of rock, blues, soul, gospel and Americana – from a reflective quiet to explosive crescendo across the 11-track LP. The soulful rocker "Lady Liberty," reflective countrified ballad "Nights Are Short," the Americana rocker "Flesh and Bone" and inspired "Dying Young" display the wide-ranging and creative spirit of the talented troupe. The outstanding track listing also includes the Memphis-flavored "Taking Time," gospel vocals-draped "Train To Ride," emotive ballad "Nights Are Short" and high-spirited "Get Up!" In addition to Rose, Gasoline Lollipops features lead guitarist Don Ambory, keyboardist Scott Coulter, bassist Bradley Morse and drummer Kevin Matthews. Information: gasolinelollipops.com. 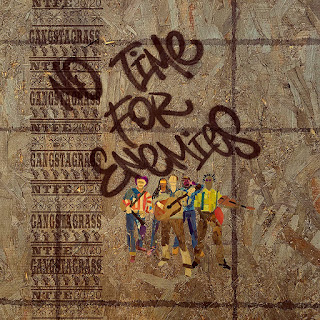 Artist: Gangstagrass
Title: No Time For Enemies (Rench Audio)
You might like if you enjoy: Gangstagrass, Ozomatli, Jay-Z,
Tell me more: Gangstagrass truly fuses country and bluegrass instrumentation with rap and hip-hop in the service of songs focused on timely topics related to political strife and racial justice. The majority of the outfit's new 11-track album No Time For Enemies was recorded after the global pandemic struck, yet there is a warmth and flow of the recordings at odds with the technical process that had each band member sending audio files back and forth to create the full LP. Indeed, fans of old school rap, modern-day hip-hop and country will likely be drawn to the compelling tracks that fill the disc. From the calls for change heard on "Freedom" and "Ain't No Crime" to the Delta blues-mining "Working On That Chain" and the feel good vibes of "Ride With You," Gangstagrass exudes a contemporary approach to blending far-flung styles into something that is their own. Other high marks on the album include the bittersweet "Hard Times Come Again No More" (featuring guest singer Kaia Kater) and tale of financial hardship "Nickel And Dime Blues." Information: gangstagrass.com.
Robert Kinsler

Posted by Robert Kinsler at 6:08 AM