Here is a roundup of some wonderful new titles available now. 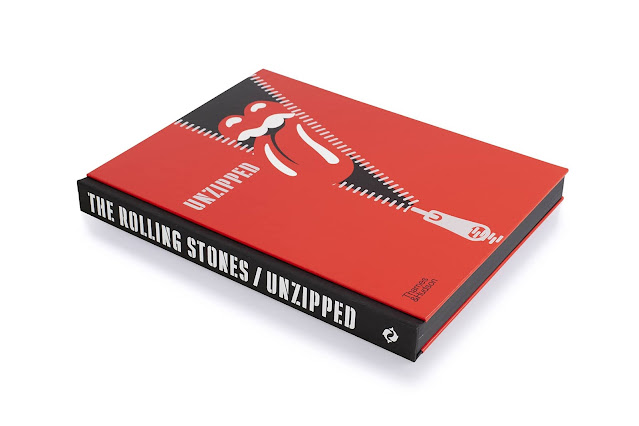 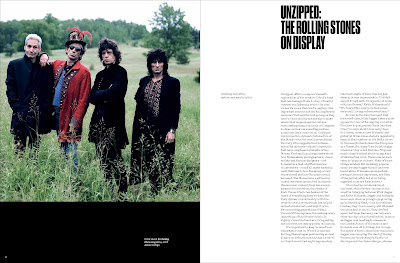 Publisher: Thames & Hudson
Format: Hardcover
Pages: 288
Artwork: 370 color illustrations
Tell me more: With The Rolling Stones currently in the final month of their "No Filter Tour" — which wraps up at Hard Rock Live in Hollywood, Florida on Nov. 23 — now is the perfect time to celebrate the legendary band's six-decade career by delving into "The Rolling Stones: Unzipped." This just-published hardcover edition is loaded with historical photos, artwork, rock and roll memorabilia and recent interviews with Mick Jagger, Keith Richards, Ronnie Wood and the late Charlie Watts (who passed away on Aug. 24, 2021 at the age of 80) along with luminaries such as bluesman Buddy Guy, producer Don Was and film director Martin Scorsese whose insights collectively add depth to every page of this book. Author-music critic Anthony DeCurtis presents an informative and compelling introduction that illuminates the reader about why The Rolling Stones were so crucial in the early history of rock music and why the British band's importance extends far beyond their influential music to culture, fashion, film and beyond. It's no secret that The Rolling Stones are widely recognized as the "greatest rock 'n' roll band in the world." "The Rolling Stones: Unzipped" makes a pretty compelling case why that's true. Information: ThamesAndHudsonUSA.com. 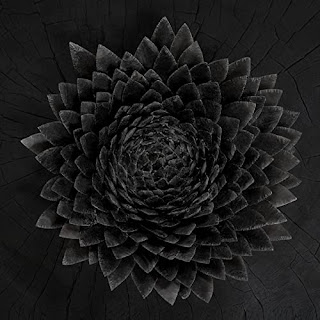 Artist: Jónsi
Title: Obsidian (Jónsi)
You might like if you enjoy: Jónsi, Sigur Rós, Dead Can Dance
Tell me more: Leave it to Sigur Rós singer-songwriter/multi-instrumentalist Jónsi to surprise the world with the gift of new music on Oct. 29. Without advance fanfare or notice, the artist's third solo album Obsidian dropped to coincide with his art installation of the same name (which is running through Dec. 17, 2021 at the Tanya Bonakdar Gallery in New York). The exhibition was inspired by the recent eruption of the Fagradalsfjall volcano in his native Iceland. Obsidian, according to a media release, "centers on the Icelandic natural wonder. Recorded and produced in tandem with the works on view, the parallel formats inform one another and interweave through their embodiment of volcanic energies. Over the course of 10 tracks, each with evocative titles referencing sights, textures, and aromas of the ashen terrain, Jónsi takes his listeners through narrative arcs between erupting flares.” Indeed, "Obsidian" is both mesmerizing and immersive, with Jónsi's otherworldly vocals cascading over and amidst a Neo-symphonic sonic sphere that extends just over an hour in length. The truly haunting opener "Vikur" is followed by a parade of incredible cinematic compositions; "Ambrox" is at once gorgeous and experimental while "Kvika" is bolstered by choral and sci-fi sonic elements. Other standouts on this wonderful album include the enrapturing title track, classical-centered "Öskufall" and sweeping marathon-length closer "Hedione." Information: Jonsi.com. 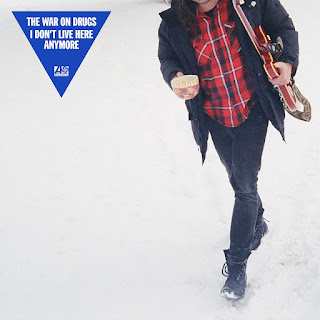 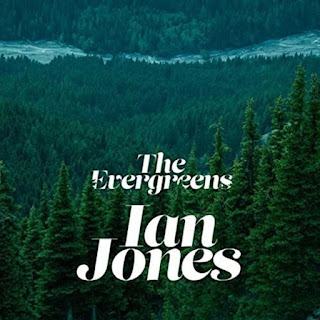 Artist: Ian Jones
Title: Evergreens (Thin Silver Records)
You might like if you enjoy: Peter Case, Michael Ubaldini, Bob Dylan
Tell me more: The release of singer-songwriter Ian Jones' new The Evergreens EP confirms the arrival of a terrific talent. The six songs on The Evergreens showcase an artist blessed with top-flight abilities as a lead vocalist, compelling songwriter and a musician with a genuine knack for blending the best of Americana, roots and heartland stylings into his signature sound. Following up on his 2019 release Results Not Typical, Jones understands that important themes and lyrical tales work best when embedded in memorable songcraft; that is clear across a track listing that never falters. My favorites include the lovely countrified opener "Evergreens" that explores the courage of those who leave for home in pursuit of their dreams, the Dylan-worthy "Liars, Criminals, Beggars and Thieves" (a well-aimed view of politicians), the poignant "Hallelujah" and infectious "Promised Land." The outstanding EP was produced by Jessie Siebenberg (Supertramp, Lucas Nelson and Promise of the Real). Information: ianjonesmusic.com.
Robert Kinsler

Posted by Robert Kinsler at 4:46 AM

Great to see the review of Ian Jones' latest. I was listening to it yesterday and agree with all you say here. Love that dude. He and I are planning some shows together in 2022!