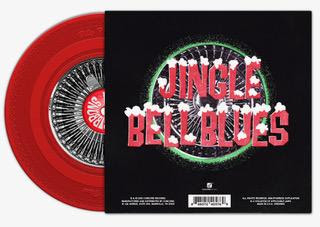 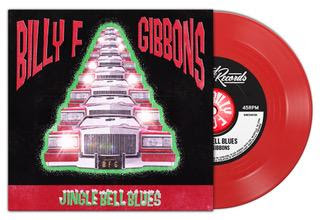 November 8, 2021 – Billy F Gibbons, apart from his five decades-long role fronting ZZ Top, has in recent years recorded three much lauded solo albums for Concord Records including Hardware, released this past June.  To cap off the year, Concord is releasing a singular single, “Jingle Bell Blues,” on November 9.  It’s Billy’s reworking of the eternal “Jingle Bells” with some significant modifications or ‘Kustom’ touches.  “Bells on hot rods ring” is one such and mention is made of a “drop-top” sleigh.  While the song exudes holiday cheer, the gut- bucket vocal approach that Billy applies to the repertoire is nothing short of extraordinary.  Billy’s guitar solos can best be described as ‘epic’ and should heat up virtually any holiday get-together whether indoors or out. Also of literal note is the harmonica solo that renders the recording something of an homage to Jimmy Reed in a sonically up-to-date context.  Stream or purchase the single HERE.

Recorded in Nashville this past June, the track is available digitally as well as a lavishly packaged 45 RPM single, pressed on red translucent vinyl.  The cover art depicts multiple Cadillac Fleetwood Broughams stacked to reflect the shape of a traditional Christmas tree while the obverse is adorned by a swanky stylized wire wheel.  The use of “singular” is intentional as only one track, “Jingle Bell Blues,” is offered.  The “flip side” of the record is an etched surface that replicates the sidewall of a bias ply tire with raised letters spelling out the song title and Billy’s name.  Lastly, and of special note, is the fact that the red vinyl version comes with a Billy F Gibbons center hole adapter making it easy to play on any standard turntable.

As far as having the 45s pressed as 7-inch, big center hole singles, Gibbons remarked, “I suppose it could have been produced with a small hole and we wouldn’t have had to deal with the adapter, but this is, at its essence, a juke box record. It was even mixed with that in mind.” Billy continued, “Around Christmas, it always seems that there are five to ten holiday selections listed in the lower right corner of a typical juke box in a typical juke joint, the song titles and artist names printed on wreath-bedecked title strips.” He freely admits, “Our hope is for ‘Jingle Bell Blues’ to be one of those records. Bing Crosby, David Bowie, Elvis, Brenda Lee, Jose Feliciano, Otis Redding, Mariah Carey, Nat King Cole, Gene Autry, and not forgetting Adam Sandler, need some company and we’d be thrilled to provide it in the spirit of the season.”