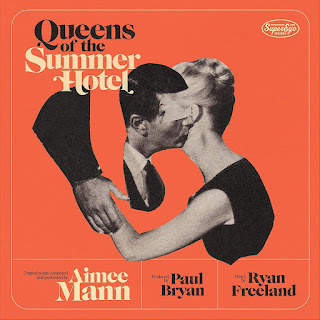 Artist: Aimee Mann
Title: Queens of the Summer Hotel (SuperEgo Records)
You might like if you enjoy: Aimee Mann
Tell me more: Aimee Mann began to craft new music for what would be her latest album Queens of the Summer Hotel back in 2018 after she agreed to write songs for a stage adaptation of "Girl, Interrupted," author Susanna Kaysen's memoir about her psychiatric hospitalization in the late 1960s. The subject matter was perfectly suited to Mann, whose previous album was even titled Mental Illness. While the coronavirus pandemic put the "Girl, Interrupted" project on hold, Mann decided to collect the songs into Queens of the Summer Hotel, her 10th studio album. Mann's otherworldly ability to craft songs that are literate, melodic and layered shines across Queens of the Summer Hotel, the album's soundscape bolstered by acoustic piano, strings, woodwinds and horns. The Baroque pop gem "Home By Now," probing "Little Chameleon," sumptuous "Suicide Is Murder," soaring "Burn It Out" and potent "You're Lost" are among the many stellar selections on the album. Information: AimeeMann.com. 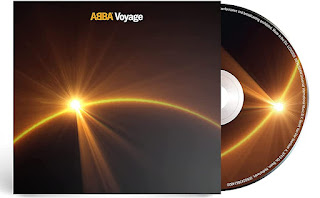 Artist: ABBA
Title: Voyage (Capitol)
You might like if you enjoy: ABBA
Tell me more: ABBA's first new full-length release since 1981's The Visitors, Voyage is a worthy return celebration of the Swedish quartet's groundbreaking pop style. Indeed, the signature voices of Agnetha Fältskog and Anni-Frid Lyngstad sound as youthful and wonderful as ever, while Björn Kristian Ulvaeus and Benny Andersson prove their skills as songwriters and producers continue to be inspired and in tune with the group's signature sound that scored 48 hits in the 1970s and early '80s. The Celtic-tinged "When You Danced With Me," melancholy-filled "I Still Have Faith In You," beautiful "Little Things" (enhanced by a children's choir) and soaring "Don't Shut Me Down" are early standouts on the album. The confessional "I Can Be That Woman," New Wave-flavored "Keep An Eye On Dan," captivating "Bumblebee" and Neo-classical closer "Ode To Freedom" keep the momentum going on the album. Information: ABBAsite.com. 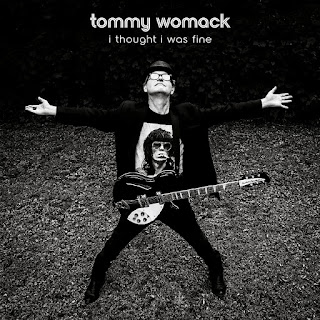 Artist: Tommy Womack
Title: I Thought I Was Fine (Schoolkids Records)
You might like if you enjoy: Camper Van Beethoven, Tom Petty, Matthew Sweet
Tell me more: Nashville-based hero Tommy Womack is back with an album that signals a bona fide return to his rock and roll roots. The 13-track I Thought I Was Fine is filled with smart songwriting, lots of great rhythm and lead guitar, in-the-pocket rhythms and super clever lyrics. The melodious "Pay It Forward," edgy "A Little Bit of Sex Part 2," confessional rocker "I Got No Place To Go," melodic sortie "I Do" and contagious "That Lucky Old Sun" showcase an unbridled approach that makes the album such a wonderful listen. Womack also utilizes other styles on the album when it makes sense for specific songs; the heartland rock-flavored title track, spoken "Call Me Gary," and countrified "You Don't Get Over Love" and "Job-Hunting While Depressed" are good examples how Womack's approach eludes simple categorization. Information: TommyWomack.com. 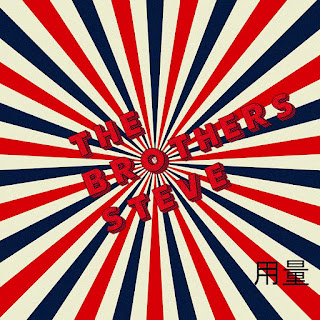 Artist: The Brothers Steve
Title: Dose (Big Stir Records)
You might like if you enjoy: The Empty Hearts, Fountains of Wayne, Cheap Trick's 1977 album "In Color"
Tell me more: Fans of top-tier melodic rock will love the Brothers Steve's new album Dose. The Los Angeles troupe's 10-track disc is loaded with smart, fun, infectious and melody-rich originals courtesy of singer-guitarists-frontmen Os Tyler and Jeff Whalen, drummer Coulter, bassist Jeff Solomon and guitarist Dylan Champion. The exhilarating opener "Get On Up" is bolstered by a joyful spirit enhanced by harmonies, handclaps and artful musicianship. The band taps into a perfect blend of early rock 'n' roll abandon and '70s power pop on the swirling "Wizard of Love." They adorn the chamber pop "She Will Wait" with creative harmonies aplenty. They turn on a dime for the propulsive rocker "Electro-Love." Other excellent melodic rockers include the tuneful "Sugarfoot," Beach Boys-meets-Fountains of Wayne zing of "Griffith Observatory," and dazzling album closer "Better Get Ready to Go." Dose is a flat out great record. Information: BigStirRecords.com. 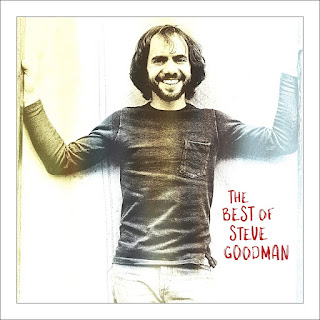 Artist: Steve Goodman
Title: The Best of Steve Goodman (Omnivore Recordings)
You might like if you enjoy: John Denver, Dion, Harry Chapin, John Prine, Jimmy Buffett
Tell me more: A triple threat as singer, songwriter and guitar master, the late Steve Goodman's growing legacy is celebrated across an outstanding new 19-track retrospective. The Best of Steve Goodman features studio recordings, radio sessions, live performances and even a solo demo of his enduring masterwork "City of New Orleans." During Goodman's short lifetime — he died of leukemia in 1984 at the age of 36 — a relatively small but dedicated following in his native Chicago and beyond purchased his albums and attended his live performances. Over the past several years, Omnivore Recordings has been reintroducing the music of Goodman to a wider audience. The Best of Steve Goodman is an excellent way for uninitiated listeners to fall in love with an artist the equal of many of his well-known contemporaries. The chilling "Yellow Coat," comedic "You Never Even Call Me by My Name" (co-written with his good friend John Prine) and "This Hotel Room," a beautiful rendition of Mike Smith's "The Dutchman," introspective "Video Tape" and bittersweet "A Dying Cub Fan's Last Request" are among the stellar tracks on this essential collection. Information: OmnivoreRecordings.com. 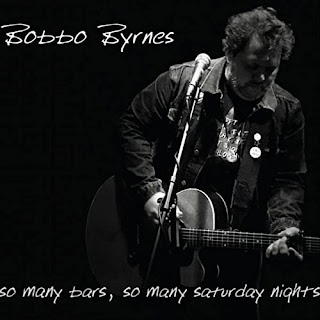 Artist: Bobbo Byrnes
Title: So Many Bars, So Many Saturday Nights (Bobbo Byrnes)
You might like if you enjoy: The Fallen Stars, Bobbo Byrnes
Tell me more: Americana singer-songwriter Bobbo Byrnes is back with another batch of enticing originals via his seven-song CD So Many Bars, So Many Saturday Nights. The mandolin- and fiddle-anchored "Charlie" and driving roots rocker "Different Beds" are early standouts on the fast-moving disc, while the countrified "Outlaws & Angels" and folk rocker "Walk Away" (the latter bolstered by Byrnes' stylish mandolin solo) are highlights later on the CD. Byrnes closes out the musical proceedings with an alternative country-flavored take on the AC/DC classic "Long Way To The Top." Information: BobboByrnes.com.
Robert Kinsler
Posted by Robert Kinsler at 9:22 AM