Here is a roundup of news as it relates to forthcoming releases and tours...Robert Kinsler 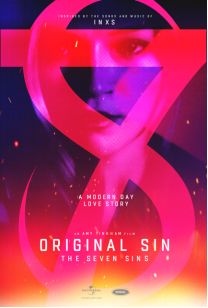 "In 2020, as the world shut down, we had to
learn new ways to manage our lives and hearts,
especially if they were broken."

Los Angeles, CA – June 22, 2021 – On July 16, Petrol/UMe will launch Original Sin - The 7 Sins featuring the songs and music of INXS on the Veeps streaming platform. Original Sin is a modern-day love story about a broken-hearted heroine and her journey through the seven sins and the quest towards the virtue of Hope. The music of the legendary global rock band INXS seamlessly accompanies the film, and ultimately, the young heroine finds true love while the world heals with her.  Beginning today, purchase tickets to the Original Sin screening on Veeps HERE.

Directed by Amy Tinkham (https://www.amytinkham.com) and championed by the founder of Petrol Records and Executive Producer Chris "CM" Murphy before his passing earlier this year, Original Sin is the last project and passion that CM was working on during his final days.  The film is loosely based on and inspired by celebrated Italian writer Dante Alighieri's Inferno and the spiritual journey through the Seven Sins of Purgatory — pride, envy, wrath, sloth, greed, gluttony, and lust. The Original Sin short film reimagines Dante's tale through the eyes of Jane, a 21st-century heroine isolated during the recent pandemic, who continues to search for love and the means to validate her soul.

"I was so honored to be asked by the legendary Chris Murphy to explore telling a story through INXS music, but was also overwhelmed with how to start because it is such an iconic and incredible catalog," said Amy Tinkham. "So instead, I sat with the music for many, many weeks and let it tell me a story.  It was an out-of-body experience actually because it feels more like the songs and the times we are living in, wrote this film than anything I consciously tried to do."

Original Sin reflects the world's current state of affairs and the universal quest for reconnection and romance. The short film is harmoniously intertwined with the symbolically poetic music of rock icons, INXS. The entire film threads together the epic tale of all seven sins by way of a bacchanalia of color, sound, imagery, and movement. The heroine's journey through the seven sins, ultimately finding love with each other, and together, their love heals them both as well as the world around them. Framed with minimal narration, the unscripted short film runs close to 26 minutes and is a story of isolation and love, inspired by the songs and music of INXS, as a young woman is catapulted through the 7 SINS to find true love and heal her heart.

"We are honored that our music inspired such a beautiful and innovative short film. INXS has always explored the marriage of our music with visuals, and we welcome the reimagined versions of our songs performed by a roster of contemporary and up-and-coming global artists. These versions of our songs are a perfect accompaniment to the film," said Kirk Pengilly of INXS.  "Knowing that 'Original Sin' was Chris Murphy's last passion project makes it even that much more impactful. We are deeply grateful that we are now able to share Amy's emotive and thought-provoking short film with our audience. Play it loud…"

"Amy Tinkham's artistic vision using our music within the film is refreshing and truly inspired, the global & diverse artists who brought their imagination through their interpretations of our songs really complement the film while still respecting our original music. It's such an honor to have these incredible artists cover our music!! I'm humbled by their passion and in awe of their talent." Said Tim Farriss of INXS.

Original Sin stars notable actress/dancer Autumn Miller who shot to fame as a dance sensation in her role in "Bad Liar" from  Imagine Dragons' and Trevor Jackson, who is a true triple threat, singer/songwriter, producer, and actor (Superfly, Grown-ish, American Crime). Both Miller and Jackson personify the unyielding spirit of those among us who are searching for love and redemption in a time fraught with much personal and social peril. Fabrice Calmels, the ballet prodigy who entered the Paris Opera Ballet at age 11 and is currently dancing with Chicago's Joffrey Ballet, embodies each of the sins within his stunning performance as the "Angel" in the film.

8.   What You Need - performed by Wyatt Stromer & Eric Stromer

10. Taste It - performed by Ida Redig

ABOUT CM MURPHY AND PETROL RECORDS

Petrol, founded in 2000, is the world's most successful first all-digital record company and the first independent label to sign a worldwide distribution agreement with Apple Inc.'s iTunes. Petrol's numerous chart and sales successes over the years in various musical genres, together with the late Christopher M. Murphy's other multimedia endeavors, resulting in Murphy receiving the New South Wales Premier's Expo Award for Arts & Entertainment and being named Australian Entrepreneur of the Year by Business Review Weekly for his many achievements. In 2008 Murphy received a Grammy nomination for his documentary on the street music of Cuba (now referred to as 'Reggaeton'). In 2009, Petrol signed INXS' classic catalog to the label, and in 2017, INXS was awarded for achieving 50 million worldwide sales. With iTunes alone, Petrol has achieved more than 180 #1's, more than 700 Top 10, and more than 1,600 Top 100 positions. In addition to Murphy's Grammy nomination for a cutting-edge documentary and following the # 1 rated television mini-series in 2014, Petrol broke all records with six albums in the Top 10 & INXS were recently named ARTIST of the DECADE in Australia for their highest selling album, The Very Best. With millions of records sold worldwide and ranking as one of the world's most successful independent labels, Petrol continues to succeed in the marketplace.

Universal Music Enterprises (UMe) is the centralized U.S. catalog and special markets entity for UMG. Working in concert with all of the company's record labels, UMe provides a frontline approach to catalog management, a concentration of resources, opportunities in new technologies, and an emphasis on strategic marketing initiatives to engage all types of consumers across multiple entry points and platforms.

Veeps is a direct-to-fan experiential platform, custom-built for artists, by artists. Founded in 2017 by Benji and Joel Madden, it is the music industry’s leading, premium live-streaming platform. Since then, Veeps has hosted hundreds of live-stream shows and events, in partnership with Live Nation, Veeps continues with a mission to power artists in the most critical early stages of their development, all the way through the biggest, most important moments of their careers. 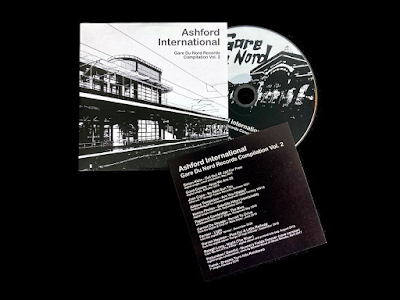 Gare du Nord Records’ first release in 2013 was a compilation - named Ebbsfleet International to reflect the label’s Europhile roots and the feeling of connectedness symbolized by the Eurostar stations between London and Paris.

Eight years later and things have changed (at least geopolitically for the worse), but the label/collective continues to operate as a facilitator for interconnected friends and artists to release material on their own terms, without the pressure and make-or-break constraints of a traditional label. With no discernible A&R overview or scheduling, a seemingly open-door admissions policy based purely on musical intention, innovation and individuality, and no fixed business plan, GdN exists in a kind of impossible dream state. Schroedinger’s Label. It’s there if you want it to be.

To celebrate this in 2021, GdN are releasing Ashford International - a new compilation this time collecting together selected releases from the past few years as well as some new/future material and rarities, focusing on some of the standalone singles, non-album and digital-only releases, alongside new and unreleased tracks previewing what’s to come from the label later in 2021/22.

There’s plenty for the curious newcomer to Gare du Nord, and enough new/rare stuff to satisfy the already-completist: from Simon Klein’s opener which sounds like it could have been co-written by all four solo Beatles, through 70-odd minutes and 23 tracks of pop, atmosphere, indie, electronica, darkness and wry humour, and ending up at District Repair Depot’s final, Syd Barrett-tinged, note of sunlight and optimism, the Gare du Nord crowd show themselves to be quite a gang when they come at you all at once, like this.

The compilation will be on CD with b/w wallet artwork and a card insert, and the first 50 copies come with an embroidered Gare du Nord Records patch. All the goodies and all the info in the Campaign link: