In this column, I feature several new titles available on Blu-ray, preview a new music series coming to AXS TV and highlight a handful of new audio titles out now... 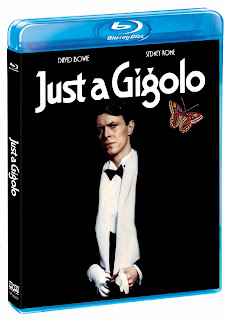 Title: Just a Gigolo (Shout! Factory)
You might like if you enjoy: David Bowie, Kim Novak, Marlene Dietrich
Tell me more: Just a Gigolo, a drama starring singer-actor David Bowie has been newly remastered and is available for the first time via Blu-ray (it is also available on DVD, on digital and on demand). Bowie stars as Paul von Przgodski, a young Prussian gentleman navigating events in the final days of and immediately after the end of World War I. Although not considered among his best films, Bowie is strong on screen and the cult classic is definitely worth viewing; what's more Just a Gigolo features a truly impressive cast including stars Kim Novak, David Hemmings, Maria Schell and Marlene Dietrich (the latter in her final role). Bonus features on the Blu-ray include a 32-page booklet, "The Making of Gigolo" with Producer/Writer Joshua Sinclair and Assistant to the Director Rory MacLean, and audio commentary with MacLean. Information: ShoutFactory.com. 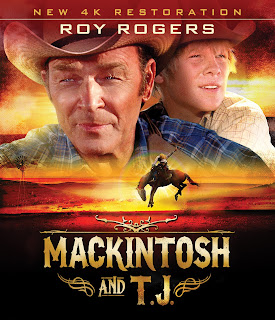 Title: Mackintosh and T.J. (Verdugo Entertainment / MVD Visual)
You might like if you enjoy: Roy Rogers, Willie Nelson, Waylon Jennings, westerns
Tell me more: The 1975 modern day western Mackintosh and T.J. – which marked the final feature film appearance featuring singer-actor legend Roy Rogers – has been released for the first time on Blu-ray via a newly restored high definition 4K version. The entertaining film features the Singing Cowboy in a role written specifically for him. The film features music from Waylon Jennings and Willie Nelson; the Blu-ray is loaded with a myriad of bonus features including interviews with several of the surviving cast members (Rogers passed away in 1998), original on-set footage and theatrical trailers. This is a truly heartwarming film that found Rogers in a pitch-perfect role where he mentors a young and troubled teen amidst a backdrop of the hard work required on a ranch. The visual and audio elements on the Blu-ray are wonderful, with this important film restored to its full force for the enjoyment of modern-day audiences. Information: MVDb2b.com.
Title: If These Walls Could Rock: episode #101 "Old Brick Church" (AXS TV)
You might like if you enjoy: Vintage Trouble
Tell me more: A new original music documentary series is coming to AXS TV this week. "If These Walls Could Rock" debuts on Wednesday, July 7 at 5:30 p.m. (Pacific Time). The series takes a fascinating look at six iconic music venues around the U.S., with a different acclaimed artist performing on each episode. On the first episode set at the "Old Brick Church" in South Carolina, Vintage Trouble (singer Ty Taylor, guitarist Nalle Colt, dummer Richard Danielson, bassist Rick Barrio Dill and backing vocalist Tawny Dolley) perform "Repeating History," an original previously-unheard song. Leading up to that performance is a fascinating look at the history and palpable history of the Old Brick Church and nearby Charleston, South Carolina.
Originally built outside of Charleston, South Carolina in 1708, the Parish of St. Thomas was destroyed by a fire in 1815. Rebuilt in 1819 on the foundation of the original structure, the historic building has stood for more than 200 years and survived the Civil War and other events outlined in the stirring episode.  Directed by Jeff Siebert, the episode celebrates the power of Vintage Trouble while also exploring  history of the region. Other upcoming episodes are set to feature singer-songwriter Jackson Browne, acclaimed blues-rock troupe Big Head Todd and The Monsters, Ivan Neville and more. Information: AXS.TV. 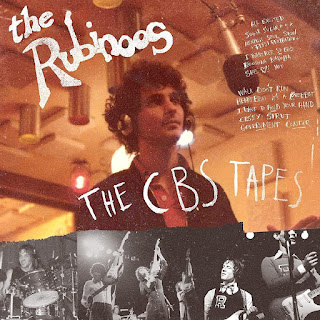 Artist: The Rubinoos
Title: The CBS Tapes (Yep Roc)
You might like if you enjoy: The Rubinoos, the Knack, early '60s rock
Tell me more: Recorded 45 years ago while all four members were still in their teens, the Rubinoos' The CBS Tapes was captured in CBS Studios in San Francisco on Nov. 3, 1976. Listening to the newly-released 11-track set is to be fully impressed by the young band's power pop swagger and youthful exuberance that defies time. Playing a mix of originals and covers, singer-guitarist Jon Rubin, guitarist-singer Tommy Dunbar, drummer-singer Donn Spindt and bassist-singer Royse Ader are obviously having a blast as they tear through a set in the studio (engineered and mixed by Glen Kolotkin). The range of the material is vast to be sure, with magical covers of the Beatles' "She Loves You" and "I Want To Hold Your Hand," a brash reading of the Archies' "Sugar, Sugar," a flashy take on the surf rock instrumental classic "Walk Don't Run" and adult version of the DeFranco Family's "Heartbeat, It's a Lovebeat" among my favorite covers on the set; a trio of originals (the propulsive "All Excited," punk rocker "I Want Her So Bad" and inspired "Nooshna Kavolta") fit in nicely. Fifty years after they set out on their musical odyssey, the Rubinoos are still going strong; "The CBS Tapes" revisits the troupe's captivating infancy. Information: YepRoc.com. 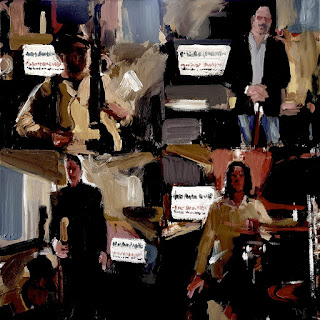 Artist: Wanderlust
Title: All A View (Wanderlust)
You might like if you enjoy: Del Amitri, Jellyfish, Dada, Blur, Crowded House
Tell me more: Winning songcraft, stunning vocal harmonies, detailed arrangements and strong musicianship never go out of style. Listen no further than the incredible Wanderlust album All A View. This is an album that should have arrived 25 years ago, but is thankfully here in the summer of 2021. Wanderlust formed in Philadelphia in 1993, signed a record deal with RCA Records in 1994, and released their critically-acclaimed debut Prize in 1995 (The Sunday London Times declared Wanderlust's album Prize upon its release as one of the "best rock albums ever made"). Front man and principle songwriter Scot Sax, guitarist Rob Bonfiglio, bassist Mark Getten and drummer Jim Cavanaugh reconvened during the COVID-19 pandemic after Sax came across a DAT tape featuring songs written after the release of "Prize" and set out to complete the work they had started back in the 1990s. The wealth of songs on All A View includes the psychedelic-swept title cut, chamber pop gem "Something Happens," sumptuous "2 Million Pieces," masterful power pop sortie "Corduroy Moon," Crowded House-flavored "Trick of the Light" and wistful melodic charmer "Inspiration." A wonderful and essential return. Information: WanderlustFans.com. 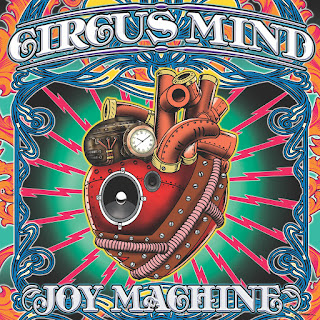 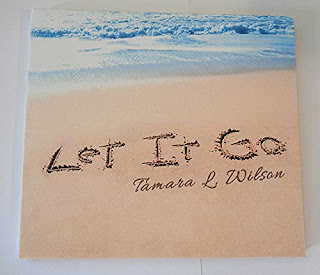 Artist: Tamara L. Wilson
Title: Let It Go (Tamara L. Wilson)
You might like if you enjoy: Donna Summer, Cheryl Lynn, Ruthie Foster
Tell me more: Tamara L. Wilson's new EP Let It Go is a welcome introduction to the songstress, whose work recalls a number of classic and contemporary genres. The heartfelt opener "It's Your Life (Believe)" has a decidedly positive vibe, and that spirit continues across the rest of the four-track disc. The soul-infused dance track "Little More Love Remix" is catchy; "Let It Go" has an arc extending from its laid back intro to a cool groove for most of its run. "Have It All" closes out the release, Wilson's affecting soprano vocals building with the song's ascent. Information: tamaralwilson.com.
Robert Kinsler
Posted by Robert Kinsler at 6:01 AM

I was disappointed that Vintage Trouble didn't get to perform more than one song on the AXS series.