The legacy of groundbreaking artists the Go-Go's and The Band, as well as exceptional studio albums from emerging duo Brigitte DeMeyer and Will Kimbrough, and Austin songstress Beth Lee are worth exploring. 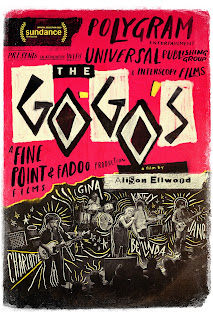 Artist: The Go-Go's
Title: The Go-Go's (Mercury Studios / Eagle Rock)
You might like if you enjoy: The Go-Go's, Belinda Carlisle, Jane Wiedlin
Tell me more: Released via digital formats on Feb. 5, "The Go-Go's" is a compelling and satisfying documentary revisiting the story of the seminal all-female band that topped the charts in the early '80s. Directed by Alison Ellwood, "The Go-Go's" does an excellent job of chronicling the band's rise as a punk-rock outfit and their authentic movement into a more talented pop-rock territory. There are archival photos and early video of the women performing in the late 1970s and modern-day interviews that deal with the highs and lows of the collective featuring singer Belinda Carlisle, lead guitarist Charlotte Caffey, drummer Gina Schock, bassist Kathy Valentine and rhythm guitarist Jane Wiedlin.  Early in the film one of the band members notes how in the span of only a year singer the Go-Go's went from playing "dive bars to playing Madison Square Garden." Indeed, the Los Angeles-spawned band's 1981 debut Beauty and the Beat paved the way for many groups. The documentary is compelling in its ability to tap into the affecting moments such as when there was tension among members, and when the band initially broke up in 1985. "We didn't speak to each other for five years after that," recalls Caffey of that painful chapter. The documentary completes its run with a look at a 2019 reunion and the release of the group's first new song in 19 years, the infectious "Club Zero." Information: mercurystudios.co.
Artist: The Band
Title: Stage Fright (50th Anniversary Super Deluxe Edition) (Capitol/UMe)
You might like if you enjoy: The Band, Creedence Clearwater Revival, Flying Burrito Brothers
Tell me more: Rock and Roll Hall of Fame outfit The Band rose to fame in the late 1960s with a groundbreaking mix of folk, rock, country soul, R&B and jazz. On Friday, Feb. 12, the Canadian-American quintet's third full-length album Stage Fright will be released via several newly remixed, remastered and expanded 50th anniversary editions. The quality and richness of the remastered tracks is only equaled by the strength of the troupe's timeless songs and inspired performances. The loose "The W.S. Walcott Medicine Show," rollicking "The Shape I'm In," gorgeous "Daniel and the Sacred Harp" and arresting "Stage Fright" are among the early nuggets on the album. The Americana-styled rocker "Time To Kill," sweeping "Just Another Whistle Stop," gentle "All La Glory" and rowdy "Strawberry Wine" are late album standouts. Bonus tracks include alternate mixes of "Strawberry Wine" and "Sleeping." All of the editions were overseen by principal songwriter Robbie Robertson and feature a new stereo mix by Bob Clearmountain from the original multi-track master tapes. Additionally, "Stage Fright" is presented in the originally-planned song order. Other features of this 50th anniversary title include a slew of raw Calgary Hotel Recordings" captured in 1970 and an outstanding previously-unissued "Live at the Royal Albert Hall, June 1971" concert performance (which features "Stage Fright" songs along with favorites such as "The Weight," "The Night They Drove Old Dixie Down" and "Up On Cripple Creek"). Listening to this essential collection is to be reminded how enduring The Band's sound remains. Information: amazon.com. 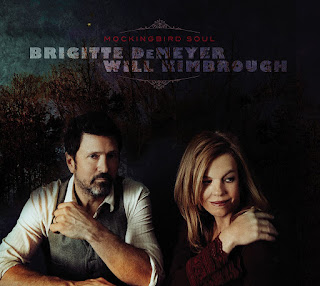 Artist: Brigitte DeMeyer and Will Kimbrough
Title: Mockingbird Soul (BDM Music)
You might like if you enjoy: The Civil Wars, Larkin Poe, Bright Blue Gorilla
Tell me more: On their first official full-length collaboration Mockingbird Soul, Brigitte DeMeyer and Will Kimbrough display how their individual talents as singers, songwriters and instrumentalists take on even greater resonance when they join forces. Mockingbird Soul is set in a sonic sphere rooted in blues, Americana and Southern soul, layered with their beautiful voices. The span of material extends from the shimmering vocals-drenched "Everything" and "Little Easy" to the bluegrass-mining "Running Round" and soul-meets-blues title track. The Nashville-based duo strike musical pay dirt with every offering on the album, creating a mesmerizing listen via a dozen songs that are uniformly literate and beautiful. EDITOR'S NOTE: This album was released two years ago, but I just recently discovered it in my overwhelmed music library! Information: brigittedemeyer.com and willkimbrough.com. 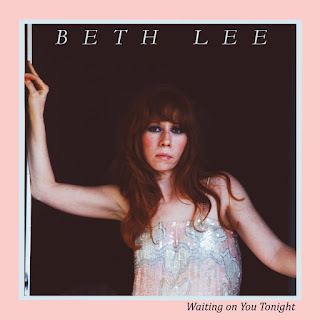 Artist: Beth Lee
Title: Waiting On You Tonight (Beth Lee)
You might like if you enjoy: Carla Olson, Hope Sandoval & the Warm Inventions
Tell me more: Austin-based artist Beth Lee's rewarding return Waiting On You Tonight is filled with confessional roots rockers that hit their mark. A gifted singer-songwriter armed with an authentic approach that blends Americana, Southern soul and melodic rock, Lee's soprano is perfectly suited to deliver the parade of reflective originals that are wonderfully free of cliché and instead mine deeper emotional terrain. The irresistible "Waiting on You Tonight," country rocker "Yale St and 45," amped "Pens and Needles," '50s-tinged retro delight "It Was Enough" and reflective "Understand Me" and are among the superb songs on the album. The Vicente Rodriguez-produced Waiting On You Tonight is set for release on Feb. 12. Information: BethLee.net/.
Robert Kinsler

Posted by Robert Kinsler at 4:18 PM

That Go Go's documentary was amazing.

I once convinced a friend that the Go Go's were much older than he thought. Told him how they had played the original Woodstock in '69 under the name the Get Gets. Second stage of course.