There has always been a forceful link between cinema and music extending far beyond the role that a strong instrumental score plays in helping define a movie. In addition to the success of great musicals, the importance of theme songs, commercial soundtracks and the appearance of well-known musicians in major films have all helped elevate the link between music and movies for more than 60 years. In this week's column I highlight some notable titles that tap into that synergy. 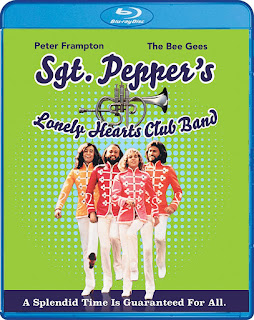 Title: Sgt. Pepper's Lonely Hearts Club Band (Shout! Factory)
Artists: Peter Frampton, The Bee Gees, Earth Wind & Fire, Billy Preston, Aerosmith, more
You might like if you enjoy: The Bee Gees, Peter Frampton, Aerosmith, Earth Wind & Fire, Billy Preston, Steve Martin
Tell me more: Not everyone has seen – or even heard of – the 1978 cinematic musical comedy "Sgt. Pepper’s Lonely Hearts Club Band" despite the bona fide star power of the film’s key players – Peter Frampton and The Bee Gees. That is surprising when you consider the inclusion of more than 20 Beatles-penned classics and the production talents of George Martin and engineering skills of Geoff Emerick; the list of artists and actors who appear in the film extends from George Burns, Donald Pleasence and Steve Martin to Aerosmith, Alice Cooper, Billy Preston and Earth Wind & Fire. 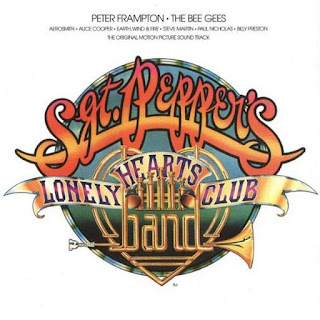 The renewed interest in Peter Frampton (who is battling "inclusion body myositis," a progressive muscle disorder) and Rock and Roll Hall of Fame trio the Bee Gees (their story is chronicled in the acclaimed must-see 2020 documentary “How Can You Mend a Broken Heart”) has led to a reexamination of "Sgt. Pepper’s Lonely Hearts Club Band."  And the availability of a wonderful 2017 Blu-ray edition of the film released by Shout Factory allows the film to be seen and heard by many for the first time. This is not a perfect film, but there is definitely enough charm, sincerity and magic to encourage a viewing of the flick. The two-disc soundtrack for the film is also available on audio CD and via vinyl. Information: ShoutFactory.com. 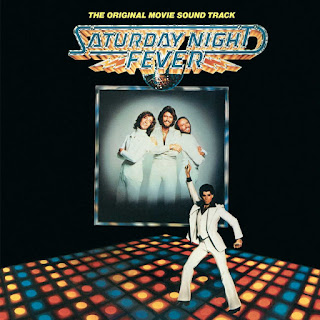 Title: Saturday Night Fever: Deluxe Edition (Capitol Records)
Artists: The Bee Gees, Yvonne Elliman, K.C. & The Sunshine Band, more
You might like if you enjoy: The Bee Gees, K.C. & The Sunshine Band, Kool & The Gang
Tell me more: In honor of its 40th anniversary, the highest-selling soundtrack album in history was re-released via a deluxe two-disc edition in 2017. Disc one features the original 17-track soundtrack (including four No. 1 hits for The Bee Gees) along with potent tracks from '70s favorites Yvonne Elliman, Kool & The Gang, KC & The Sunshine Band and others. The second disc includes four new mixes by GRAMMY Award winner Serban Ghenea of The Bee Gees' "Stayin' Alive," "Night Fever," "How Deep Is Your Love" and "You Should Be Dancing." Information: universalmusicenterprises.com. 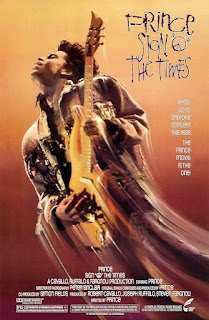 Title: Prince: Sign 'o' the Times
Artists: Prince (Paisley Park)
You might like if you enjoy: Prince, James Brown
Tell me more: Prince was at the peak of his illustrious career when he was captured in 1987 for the concert documentary "Sign 'o' the Times" (available to view on the Peacock streaming service and via Amazon Prime). The film was shot on the heels of the release of his terrific 1987 album Sign 'o' the Times (his ninth studio album, and often cited as his greatest full-length studio set). The propulsive "Play in the Sunshine,"  enthralling "Little Red Corvette" (bolstered by Prince's piano playing), rousing "Housequake" (with Prince offering up some great James Brown dance moves) and soulful joy "I Could Never Take the Place of Your Man" are early standouts in the documentary. There are also compelling takes on some of his most-beloved songs including the funky "U Got The Look," R&B gems "If I Was Your Girlfriend" and "Forever In My Life," and inspired rocker "The Cross," all of which help make this remastered film one of the best ways to experience the thrill of a Prince concert when the acclaimed artist was at the height of his powers. His band for the film included Sheila E. on drums and percussion, Miko Weaver on guitar, Levi Seacer Jr. on bass, Eric Leeds on sax, and a number of amazing dancers who collectively keep the momentum moving across all 84 minutes of the fast-moving film. Information: prince.com. 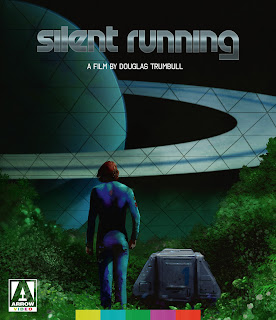 Title: Silent Running (Arrow Video)
Music: Songs performed by Joan Baez; songs written by Peter Schickele and Diane Lampert; soundtrack written by Peter Schickele
You might like if you enjoy: Joan Baez, '70s soundtracks
Tell me more: It's hard to believe that a science fiction film released in 1972 resonates more today than at the time of its release. "Silent Running," the directorial debut from visual effects master Douglas Trumbull ("2001: A Space Odyssey," "The Andromeda Strain," "Close Encounters of the Third Kind") bore little in common with the blockbuster likes of "Star Wars" and "Star Trek: The Motion Picture" that came a few years later. Indeed, here was a film that looked at an Earth in the near future, stripped of all flora and fauna; the only remaining ecosystems were preserved in massive domes attached to large spaceships. When a decision is made by the U.S. government to destroy the biospheres and return the spaceships to commercial use, there are devastating consequences. The film (which stars acclaimed actor Bruce Dern as Freeman Lowell) has just been released on Blu-ray for the first time ever and the masterful use of original songs sung by folk legend Joan Baez as well as evocative instrumental music from composer Peter Schickele and groundbreaking sound effects are the equal of the film's sci-fi setting. It is alien to audiences today, but the use of music in the film is heightened throughout the aptly-titled "Silent Running" because there are frequent stretches where there is little or no music used. The Blu-ray released by Arrow Video has a plethora of bonus features, including an isolated music and effects track. There is also a feature titled "No Turning Back," a new video interview with film music historian Jeff Bond on the film's masterful score. Information: https://mvdb2b.com/s/AV300.
Robert Kinsler
Posted by Robert Kinsler at 8:05 AM