'Waylon Jennings: The Outlaw Performance' coming to DVD, digital on May 15, 2020

I wanted to highlight this announcement as its own post! Exciting news as it relates to a historic performance from country outlaw great Waylon Jennings set for release on May 15 - Robert Kinsler 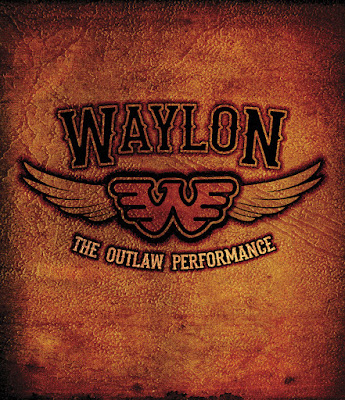 On May 15, Eagle Rock Entertainment will proudly present an incredible concert experience -- Waylon Jennings: The Outlaw Performance will be released on DVD and Digital Formats.
Filmed in 1978, this concert film captures Jennings performing at a sold-out Opry House in Nashville. Rolling out such staples as “I’ve Always Been Crazy,” “Mammas Don’t Let Your Babies Grow Up To Be Cowboys,” and “Are You Sure Hank Done It This Way,” Jennings delivers a timeless set, representative of his stature as one of country music’s most important figures.
Adding a layer of intimacy, this unique footage is combined with interview excerpts from Waylon. Listening to him reflect and recount tales as they accompany the music supplies a special historic context, allowing viewers to experience Waylon Jennings in a new way.
As a bonus, The Outlaw Performance includes the full concert without the excerpts and a “Friends Remember The Outlaw” interview segment, featuring 1990 interviews with George Jones, Johnny Cash, Willie Nelson, and Waylon’s longtime drummer, Richie Albright.
Waylon Jennings was the personification of outlaw country, challenging the norms of Nashville’s conventional, polished sound at the time. The Outlaw Performancedelivers the absolute essence of Jennings, as a songwriter and storyteller.
ABOUT EAGLE ROCK
Eagle Vision is an imprint of Eagle Rock Entertainment, the world-leading producer and distributor of music-related audiovisual content. Founded in 1997, the multi-award-winning company completes over 50 productions a year including concerts, documentaries, scripted formats and specials representing over 2,000 hours of programming. The vast catalogue includes work by award-winning filmmakers such as Martin Scorsese, Brett Morgan, Paul Dugdale, Stanley Nelson and Bob Smeaton. Eagle Rock has worked alongside a variety of artists including the Rolling Stones, Madonna, Jay Z, Paul McCartney, Katy Perry, Frank Sinatra, Black Sabbath and Imagine Dragons. For more information visit www.eagle-rock.com.
ABOUT TH ENTERTAINMENT LLC
TH Entertainment LLC an internationally recognized, award winning television production and distribution company based in Nashville and Toronto. Our work includes feature documentaries, series & specials, live performances, authorized biographies, anthologies and commercials.
Track Listing
Are You Ready For The Country?
Lonesome, On’ry and Mean
Waymore’s Blues
Amanda
A Long Time Ago
Jack A Diamonds
Tonight The Bottle Let Me Down
This Time
You Asked Me To
I’ve Always Been Crazy
Don’t You Think This Outlaw Bit’s Done Got Out Of Hand
Good Hearted Woman
Mammas Don’t Let Your Babies Grow Up To Be Cowboys
Luckenbach, Texas
Honky Tonk Heroes
Are You Sure Hank Done It This Way
Posted by Robert Kinsler at 1:31 PM