Exciting news that a two-disc live set from '60s rockers The Choir is coming later this spring! Here is the official media release... 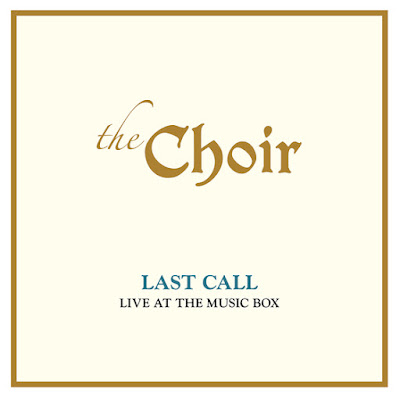 Features live versions of their hits, plus covers of the Kinks, the Nice, Spooky Tooth, Procol Harum, Bob Seger and others. The band contributed liner notes to the set!

"We started as teenagers with high hopes and great expectations. Our lives took different paths and the years brought each of us different experiences. One thing remained throughout, and that was friendship. That friendship has lasted over a half century!" - Jim Bonfanti


CLEVELAND, Ohio — In 2018, when Omnivore Recordings put out The Choir’s first-ever full-length platter, no one knew what impact the release of that recording would have. (Note: this Choir is not to be confused with the ’80s SoCal band.)


Sure, the group, in its many different manifestations during the ’60s, had released several singles, including a Top 10 smash, 1967’s “It’s Cold Outside,” in its hometown of Cleveland. That song would reach #68 on the Billboard national charts. But the garage rock band — whose many different members went on to form other important bands like Raspberries and the James Gang — had never made an album of their own before. 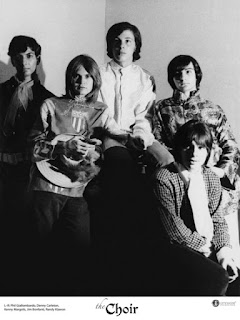 So 50 years on, when the tapes of an aborted album were found, mixed and released as Artifact: The Unreleased Album to unanimous critical acclaim, the 1968 version of The Choir suddenly found itself back in the limelight with a weighty decision: to reclaim their vision and perform live, back where they came from, the home of rock ’n’ roll, Cleveland, Ohio.
Omnivore Recordings is proud to announce the release of Last Call: Live at the Music Box, the Choir’s 50th anniversary performance captured liveat Cleveland’s Music Box the night of September 20, 2019.
The band plays perfect renditions of material from Artifact, and also dips into their deep bag of influences. Hear dynamite versions of songs by Procol Harum, Billy Preston, Spooky Tooth, the Nice, the Kinks, Bob Seger and yes, even a cover of Jimmy Webb’s grandiose epic “MacArthur Park.” And a rearranged “It’s Cold Outside” reflects the current musical makeup of the group, which includes Ken Margolis (keyboards), Phil Giallombardo (organ), Randy Klawon (guitars), Denny Carleton (bass), and Jim Bonfanti (drums).
This two-disc set, in stores June 5, 2020, also includes remembrances from each member of the band as well as photos from the night of the show.
So, if you meant to buy that plane ticket to Cleveland for this concert but didn’t, or even if you were there, step right up and don’t be late for Last Call with the Choir!
Track Listing:
Disc One:
1. A Whiter Shade Of Pale
2. Anyway I Can
3. Love Really Changed Me
4. Ladybug
5. Shine On Brightly
6. I Can’t Stay In Your Life
7. That’s The Way God Planned It
8. Boris’ Lament
9. What About You
10. Have I No Love To Offer
11. America
Disc Two:
1. Kaleidoscope
2. If These Are Men
3. David Watts
4. It’s All Over
5. Mummer Band
6. For Eric
7. A Salty Dog
8. Good Times
9. Macarthur Park
10. It’s Cold Outside
11. Conquistador
12. Ramblin’ Gamblin’ Man
Recorded live, September 20, 2019, at the Music Box Supper Club, Cleveland, Ohio by Mike Miller.
# # #
The Choir trailer: https://youtu.be/-ukO9okq2SU
Posted by Robert Kinsler at 8:37 AM