The Record Company return with 'All Of This Life,' out June 22 via Concord Records

Great news for a Friday; today comes news that The Record Company is set to return with a new album in June. You can also check out the great first single from the new disc...

LISTEN TO LEAD SINGLE “LIFE TO FIX” VIA NPR MUSIC

“…LIKE A SUPERSONIC JET BLOWING WILDLY THROUGH
THE UNIVERSE OF ROCK.” - NPR MUSIC 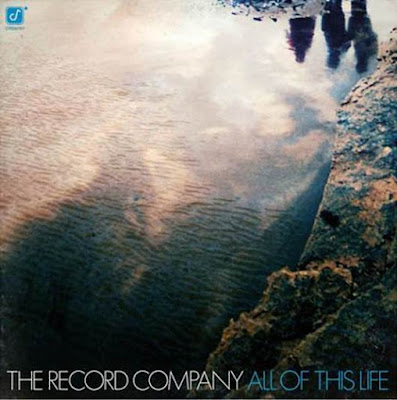 The Record Company will release All Of This Life, the hotly anticipated follow-up to their 2016 GRAMMY-nominated debut, on June 22, 2018 via Concord Records. One listen to the band’s exhilarating new music and it’s clear just how much the trio has grown as a result of their meteoric rise. The gritty guitar, fuzzed-out bass, and driving drums are still front and center, but the songs are bolder and more ambitious this time around, deeper and more reflective, brimming with adventurous vitality while remaining firmly tethered to the roots of American rock and roll that have always grounded and nourished the group.
“After that first album, everything just got amplified,” says singer/guitarist Chris Vos. “Our lives got crazier and bigger and more complicated in the best possible ways, and our sound and our songwriting just naturally grew alongside that. We’re the same people we always were, but The Record Company isn’t just three guys in a living room anymore.” 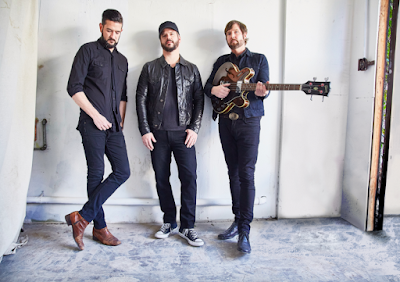 While the band—Vos, bassist Alex Stiff, and drummer Marc Cazorla—still worked up most of the album’s ten new, original songs at home, they headed to nearby Boulevard Recording in Hollywood on a quest to break new ground. With Stiff in the producer’s chair and an eclectic array of analog gear in the studio - which has hosted everyone from Pink Floyd to Fleetwood Mac to The War on Drugs - The Record Company pushed the limits of their production and arrangements into uncharted territory, while still capturing all the irresistible power and spontaneity of their live shows. Mixed by Mark Needham, the resulting songs reflect our troubled times, looking inward rather than out, musing on personal empowerment, self-improvement, and the supremacy of love.
“This record to me is about making yourself better,” Vos explains. “It’s about owning your spot in the world. If you’re not on the right path, the only person who can take that next step to fix it is you.”

The Record Company's own path is a rock n' roll dream made real, fueled by talent and determination. This trio of gritty underdog musicians played in bars and clubs for years before joining forces in LA, and cutting an album – at home, on thrifted instruments – that turned their world upside down. Give It Back To You garnered a GRAMMY nomination, spawned three Top Five hits at Triple-A radio (including the #1 smash “Off The Ground”), and earned the band a slew of festival appearances and sold-out headline dates around the world.  They made the rounds on late night and daytime TV, shared bills with John Mayer, Mavis Staples, My Morning Jacket and others, and racked up more than ten million streams on Spotify alone. The critical response was just as ecstatic, with Rolling Stoneraving that the band “kick[s] up a raw, rootsy racket” and Entertainment Weekly calling the album a “soul scorcher.”

The Record Company will hit the road extensively in support of All Of This Life headlining their biggest venues to date.  See below for a full list of dates.