Fans of singer-songwriter Glen Phillips have to be excited by the strength of his new song "Nobody's Gonna Get Hurt," a beautiful and pensive gem - check out the media release below...


GLEN PHILLIPS PREMIERES NEW SONG/LORI MCKENNA CO-WRITE
"NOBODY'S GONNA GET HURT" TODAY AT NO DEPRESSION, LISTEN HERE
The song will be included as a bonus track on the broad release of Phillips' solo album SWALLOWED BY THE NEW out May 4 through Compass Records Group
US Tour Dates Announced 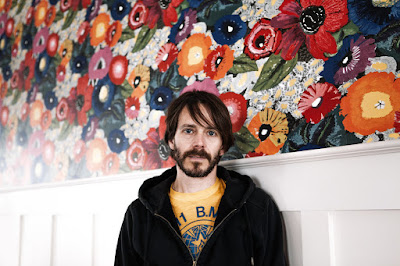 April 9, Nashville, TN: Compass Records Group, home of Colin Hay, the Infamous Stringdusters, Nicki Bluhm and others, is proud to welcome Glen Phillips (Toad the Wet Sprocket) to their roster. On May 4, Compass will deliver the commercial release of Phillips’ introspective, intimate 2016 solo album, SWALLOWED BY THE NEW, with the addition of a bonus track co-written with Lori McKenna,“Nobody’s Gonna Get Hurt.” The song is premiering today at No Depression:
Listen to "Nobody's Gonna Get Hurt"
“Lori McKenna and I wrote ‘Nobody’s Gonna Get Hurt’ at her home just outside of Boston," Phillips says. "I’d been reading and listening to a lot of David Whyte and was taken by his assertion that heartache is the inevitable byproduct of loving anything deeply, a sign of a life well lived instead of something to be avoided. I came in with the title and an idea that the song should be entirely lies. Lori jumped in and we finished it all in under two hours. That was a good day.”
"I’m excited to be partnering with Compass Records for the broad release of SWALLOWED BY THE NEW," Phillips says. “I’m proud of this piece of work and am excited to have their expertise and support in helping it be heard by a broader audience."

SWALLOWED BY THE NEW will be available worldwide on CD, vinyl and all digital service providers followed by tours in the US and abroad. It’s the most intensely personal album of Phillips' career, reflecting his mastery for converting raw emotion into sound. Taking on life’s difficult transitions -- the album was written following his divorce from his wife of 23 years -- Phillips delivers some of his most vulnerable songs to date.

“This album was written to give myself a set of tools to deal with transitions that big and to understand that just because something hurts doesn't mean it's injurious," Phillips told Billboard. "It can hurt, but it can also be a sign of growing and learning to allow change and have some fundamental trust that what's happening is what needs to happen.”
Glen Phillips will be touring through 2018; please contact us for press and interview requests.