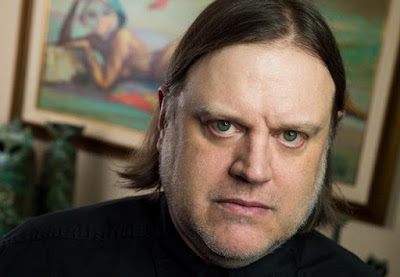 Omaha, NE: Matthew Sweet returns with his 13th studio album, TOMORROW'S DAUGHTER, the follow-up to his sprawling 17-song double album, TOMORROW FOREVER. The album will be available in CD, 180-gram-vinyl LP and digital configurations on May 18 via Sweet's Honeycomb Hideout label through MRI/Sony. In a new interview with Billboard, Sweet premiered the first single, "I Belong to You," a classic example of his "particular brand of riffy power pop." Sweet also mentions that he's planning to release deluxe, two-LP vinyl editions of Girlfriend, Altered Beast/Son Of Altered Beast and 100% Fun, each with extensive new liner notes, later this year as well as a special Record Store Day Black Friday album (more on that soon). The album tour kicks off on May 23, 2018 in Atlanta -- a number of dates have been announced and more will be released soon. See Sweet's Website here for more details.

Listen to "I Belong to You."

It's fair to say that, after a three-decade musical career, the singer/songwriter/producer/multi-instrumentalist is currently in the midst of a personal musical renaissance that's seen him produce some of the most compelling and ambitious music of his career. Instantly memorable new tunes such as "I Belong to You," "Run Away," "Lady Frankenstein" and "Out of My Misery" demonstrate his uncanny ability to tap into a bottomless well of pop history to craft music that's effortlessly catchy yet deeply personal.
These 12 original songs are the product of a burst of creative inspiration that followed Sweet's 2013 return to his native Nebraska, where he reestablished his Black Squirrel Submarine home studio. Not long after, he lost his mother. This period yielded wealth of brilliant new songs, 17 of which appeared on his epic double album, TOMORROW FOREVER. It instantly became clear that this potent body of work merited a follow-up release, hence TOMORROW'S DAUGHTER. The album features Sweet's incredible touring band - longtime rhythm section Paul Chastain (bass) and Ric Menck (drums) and Jason Victor (Steve Wynn/Dream Syndicate) on guitar.
"When I was young, the artists that I really admired were the ones who always found a way to keep making music and expressing themselves," Sweet says of the album. "To me, those guys were the real artists, and I've tried to hold on to that attitude in my own work."

It's creating new music that remains Matthew Sweet's main concern, and he continues to do so with renewed intensity.

"This feels like a really good time for me, and I feel lucky and grateful to still be doing what I love to do," Sweet asserts. "I feel like I'm in a totally positive place, and maybe moving has been a catalyst for that.

"When I meet young people and they ask for advice about a career in music, I always say, 'Do music because it's what you love to do, and because you'd do it no matter what happens,'" he concludes. "I've tried to keep that attitude about it, because that's always worked for me. I just try to keep doing my thing and keep believing." 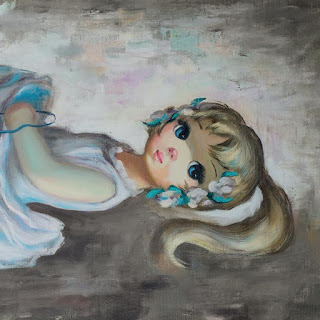 Posted by Robert Kinsler at 1:01 PM