With the arrival of 2023 have come announcements about a number of just-released advance singles as well as forthcoming new full-length titles set for the early part of the year. Here is a roundup of notable new music releases.

Legendary singer-songwriter Peter Gabriel is back with a new song "Panopticom (Bright Side Mix)," the first track from a forthcoming album titled i/o — the LP will mark the artist's first set of wholly new material since his September 2002 album Up.

The song recalls Gabriel's groundbreaking and luxurious recordings of the 1980s as well as material from Danny Elfman's most recent album Big Mess. It is a bewitching and impressive listen.

As noted in a news release, Gabriel worked with longtime collaborators bassist Tony Levin, guitarist David Rhodes and drummer Manu Katché, as well as producer-musician Brian Eno. Gabriel noted that he will release a new selection with each full moon.

"Some of what I'm writing about this time is the idea that we seem incredibly capable of destroying the planet that gave us birth and that unless we find ways to reconnect ourselves to nature and to te natural world we are going to lose a lot," Gabriel explained in the release. "A simple way of thinking about where we fit in to all of this is looking up at the sky...and the moon has always drawn me to it." 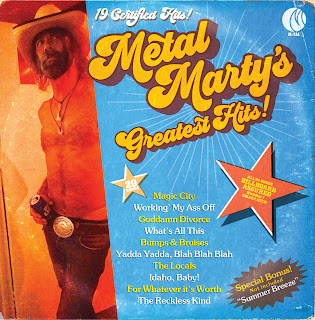 The album will feature 10 songs, and the 35-minute disc will provide listeners with a sonic tour of Magic City, Idaho, an "unusual lakeside resort town with a penchant for partying and no shortage of odd characters."

"It's quite a place if ya got grit, which we have in spades," notes Marty "Metal Marty" Chandler. Indeed, the artist is a resident of Magic City, a small Idaho community. "I think it sounds like a greatest hits record. There's every kind of song on it, yet it still flows. And it's a ridiculous title for a first record." 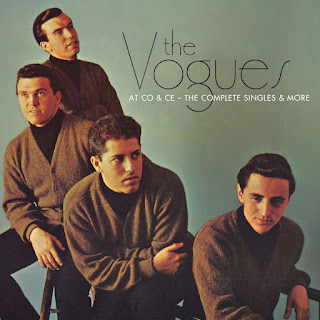 Omnivore Recordings has just announced the forthcoming release of The Vogues At Co & Ce — The Complete Singles and More. The collection — set for release on Feb. 24 — will mark the first ever collection of the vocal group's A and B sides from Co & Ce Records.

Formed while they were in high school as The Val-Aires in 1958, Bill Burkette, Don Miller, Hugh Geyer and Chuck Blasko recorded their first single on a local label. After high school, the members joined the military service or went to college, eventually joining forces again to record, this time as The Vogues.

Now here for the first time, the A- and B-sides to all eight original Vogues singles from 1965–1967 have been collected on The Vogues At Co & Ce – The Complete Singles And More. This compilation marks the CD and Digital debut of material that has been unavailable for nearly 60 years. In addition to those singles, the set also includes seven tracks from 1996’s out-of- print You’re The One: The Best Of The Vogues (The Co & Ce Sessions), featuring songs written by P.F. Sloan/Steve Barri, Roger Christian/Barry Mann/Cynthia Weill, and Don & Dick Addrisi. Produced for Release by Grammy® winner Lee Lodyga and Cary E. Mansfield, with restoration and mastering from Grammy® winning engineer Michael Graves, the set also contains new liner notes from Scott Schinder, which have been approved by both remaining original members of the band, Hugh Geyer and Chuck Blasko. Information: OmnivoreRecordings.com. 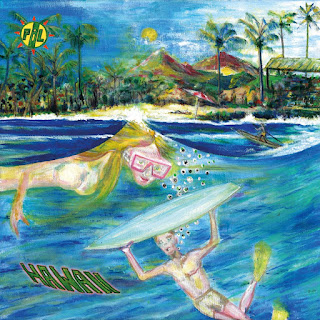 Public Image Ltd. (PiL) is back with a wonderful new track, "Hawaii," which is truly legendary band leader John Lydon's most affecting original. According to a new media release, the song "is a love letter to John's wife of nearly five decades, Nora, who is living with Alzheimer's. A pensive, personal yet universal love song that will resonate with many, the song sees John reflecting on their lifetime well spent, and in particular, one of their  happiest moments together in Hawaii."

Indeed, known for his groundbreaking hard-edged approach with the Sex Pistols, along with PiL, the emotional ballad is a strong departure for Lydon.

“It is dedicated to everyone going through tough times on the journey of life, with the person they care for the most,” says Lydon via the media release. “It’s also a message of hope that ultimately love conquers all.”

PiL are confirmed to take part in the competition to represent Ireland at the 67th annual Eurovision Song Contest with "Hawaii." . The competition will take place at 9:30 p.m. (1:30 p.m. Pacific Time) on Friday, Feb. 3, 2023 on Ireland's "The Late Late Show" and can be live streamed HERE. PiL plans to release a new full-length album later this year. Information: PILOFFICIAL.COM.

Posted by Robert Kinsler at 6:56 PM