Here is a roundup of some recent music news updates I wanted to share...Robert Kinsler

Jazz pianist Hasaan Ibn Ali's 'Metaphysics: The Lost Atlantic Album' has been found and will be released March 5, 2021 on Omnivore Recordings 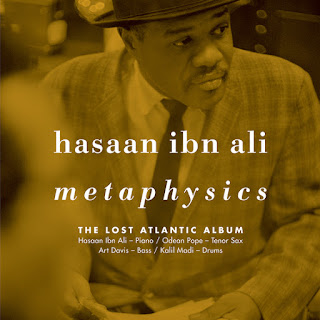 Restored from long-lost acetate copies of the sessions

NEW YORK, N.Y. – “He had ideas as deep as the sea. I mean I never heard anybody, even today, play like that,” said tenor saxophonist Odean Pope of Hasaan Ibn Ali.
In 1964, drummer/composer Max Roach convinced Atlantic Records to record him with producer Nusuhi Ertegun at the helm. Sessions were held in December of 1964 and the resulting album, The Max Roach Trio Featuring the Legendary Hasaan, was released three months later. Atlantic invited Ali to record again in August and September of 1965, but before mixing sessions could turn the recorded material into a releasable album, Ali had become incarcerated on a narcotics possession. Atlantic shelved the album. Thirteen years later, that tape went up in flames in an Atlantic Records warehouse in Long Branch, N.J. For years a rumor circulated, that a copy of the sessions had been made, but attempts to locate it never turned up a source ... until recently.
Omnivore Recordings is proud to present this long-thought lost piece of jazz history, restored and mastered by Grammy Award-winning engineer Michael Graves from a tape copy of long-lost reference acetates of the sessions, and with notes from producer Alan Sukoenig and author/pianist Lewis Porter. Street date for the package, titled Metaphysics: The Lost Atlantic Album, and available on CD and Digital, is March 5, 2021.
The project, co-produced by Sukoenig and Grammy Award-nominated producer Patrick Milligan, and Grammy Award-winning producer Cheryl Pawelski, features the seven surviving tracks from the album sessions along with three surviving alternate takes. Packaging includes photos from December of 1964 by notable photographer Larry Fink, who refers to Ali as “the Prokofiev of jazz.”
Personnel on the August 23 and September 7, 1965 sessions that took place at Atlantic Studios in New York City were Hasaan, piano; Pope, tenor sax; Art Davis, bass; and Kalil Madi, drums. All are profiled in the liner notes.
From the liner notes: “The pianist, Hasaan Ibn Ali, whom saxophonist Odean Pope calls ‘the most advanced player to ever develop [in Philadelphia],’ had practiced intensively with John Coltranein the early 1950s and is thought, by Pope and others, to have been the influence behind Coltrane’s so-called sheets of sound as well as the harmonic approach that underlay Coltrane’s breakthrough Giant Steps, and also, with Earl Bostic, one of the two role models behind Coltrane’s strict work ethic. Yet he was rarely employed, even by musicians who respected his playing and his knowledge, thus leaving him with little chance to develop an audience. When he sat down at the piano at the Woodbine, an after-hours club in Philadelphia, all the horn players would leave the stand for they were unable to play with him, so unfamiliar were his harmonic concepts.”
Track Listing:
1. Atlantic Ones
2. Viceroy
3. El Hasaan
4. Richard May Love Give Powell
5. Metaphysics
6. Epitome
7. True Train
8. True Train (Short Version) [Bonus Track]
9. Viceroy (Short Version) [Bonus Track]
10. Atlantic Ones (Short Version) [Bonus Track]
Pre-sale link: www.omnivorerecordings.com/shop/metaphysics 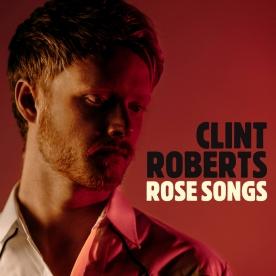 “Roberts emanates authenticity of Americana music with the boldness of roots-rock.”

Of the album, the Western N.C. native comments, “In some senses, this record is the end, symbolically, of some things in my past, but it’s also very much the beginning.” “There’s an elation that comes with this being my debut record, for all these years to be put into this craft, and all of these songs being a culmination of my efforts and experiences in the world. I really love this album and I hope that everyone else does, too.”

In anticipation of Rose Songs, Roberts released two tracks off the record—“Nero’s Waltz” and “The Drifter.” Listen HERE.

Roberts is the first artist to sign both a label and management deal with Carry On Music — a partnership between the artist and the global music and management community.

3. Nothing Left To Say

About Carry On Music

Carry On Music is a partnership between the artist community and a global music and management company led by music industry veteran Tom Lipsky. Carry On’s executive team has achieved success with such iconic artists as Rush, Neil Young, Robert Plant, Kiss, Lynyrd Skynyrd, The Allman Brothers Band, Widespread Panic, The Steve Miller Band, and many more. With representatives in Raleigh, New York, Los Angeles and Nashville, Carry On Music represents a diverse roster of established artists, as well as developing new artists through its record label and artist management divisions. Carry On Music LLC is a wholly owned subsidiary of CHNL Holdings, Inc. (NY).