Billy Idol to team with NHL to honor U.S. Armed Forces in January 2015

Billy Idol's 2014 resurgence continues with this year-end update...I really recommend that rock fans not only listen to his "Kings & Queens of the Underground," but also read his 2014 autobiography "Dancing With Myself." 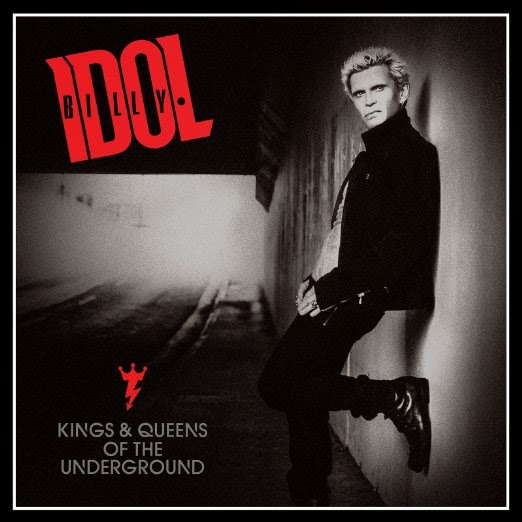 BILLY IDOLTEAMS WITH THE NHL TO PAY TRIBUTE TO THE UNITED STATES ARMED FORCESAND THE NATION’S CAPITAL DURING PRE-GAME FESTIVITIES AT THE2015 BRIDGESTONE NHL WINTER CLASSIC® TELEVISED LIVE AT 1 P.M. ET ON NBC-TV
IDOL’S “KINGS & QUEENS OF THE UNDERGROUND LIVE” WINTER NORTH AMERICAN MONTH-LONG TOUR TO KICK OFF JANUARY 21 IN NEW ORLEANS, LA
DATES ARE IN SUPPORT OF IDOL’S CRITICALLY-ACCLAIMED2014 ‘KINGS & QUEENS OF THE UNDERGROUND’ ALBUM
BILLY IDOL will kick off the new year with a performance at the 2015 Bridgestone NHL Winter Classic®--the New Year’s Day outdoor game between the Chicago Blackhawks® and the Washington Capitals®--at Nationals Park in Washington, D.C.. which will be televised live at 1 p.m. ET on NBC (along with CBC and TVA).  This performance will come as IDOL prepares for his 2015 tour in support of his critically acclaimed 2014 album KINGS & QUEENS OF THE UNDERGROUND which features the anthemic lead single “Can’t Break Me Down” and its evocative video.

IDOL’s pre-game performance from the main stage at home plate before puck drop will pay tribute to the United States Armed Forces during the pre-game and in-game festivities on January 1.  Following his performance, IDOL will be joined near the stage by more than 150 members of all five branches of the U.S. Armed Forces, who will be attending the game as honored guests of the NHL, for a special salute.

IDOL’s 2015 theatre tour of the U.S. and Canada throughout January and February is the latest leg of IDOL’s “Kings & Queens Of The Underground Live” world tour which included a run of European shows this past in November.  Tickets for almost all of the North American shows (see full itinerary below) are sold out. 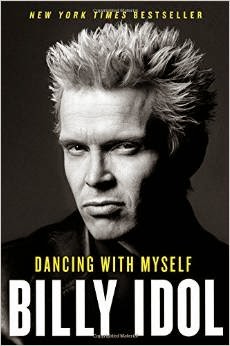 About Billy Idol:From punk pioneer to global superstar, William Michael Albert Broad, aka BILLY IDOL, has left an indelible mark in popular music and remained a household name for over three decades. IDOL is currently set to kick off a North American tour in January 2015 following the successful October 21 release of Kings & Queens of the Underground, his first album of new material in nearly a decade. IDOL’s autobiography DANCING WITH MYSELF (also released in October) entered the New York Times bestseller list at #13.His style, music, and attitude have transcended time and trend.  Born in 1955 in Stanmore, North London, IDOL spent several formative years living on Long Island, NY as a child before returning to the UK and emerging as a central figure of the British punk movement.  As part of the infamous Bromley Contingent and a fan of the Sex Pistols, IDOL was inspired to front the pioneering British punk band Generation X from 1976 until the band’s split in 1981. Determined to break through in America, IDOL hooked up with guitar genius Steve Stevens and a crucial musical partnership was forged. IDOL created some of rock’s most enduring anthems including “White Wedding,” “Dancing With Myself,” “Flesh For Fantasy,” “Hot In the City,” “Eyes Without A Face,” “Rebel Yell,” and “Cradle of Love,” among others.  BILLY IDOL is the original punk rocker who found a way to take that sneering punk attitude into the pop and rock mainstream, carving out songs that have lasted a lifetime.  For all the latest BILLY IDOL updates and information, visit BillyIdol.net.
Posted by Robert Kinsler at 11:00 AM