Here are some of the more interesting items to land in my inbox since I last posted. Hey, and who knew that Brian Wilson wanted to rework classics from "Snow White," "The Lion King" and "Dumbo"? Actually sounds pretty interesting...Users of iTunes (and who doesn't nowadays?) will want to check out the latest news about the forthcoming album from the Red Hot Chili Peppers.

A COLLECTION OF CLASSIC SONGS FROM THE DISNEY SONGBOOK, INCLUDING FAVORITES FROM "SNOW WHITE," "DUMBO," "THE LION KING" AND MORE

Wouldn't it be nice if Brian Wilson put his inimitable stamp on the Disney songbook? That's exactly what the Beach Boys co-founder and musical living legend has done on In the Key of Disney, Wilson's new Disney Pearl collection of songs from seven decades of Disney films. Featuring hits from early-animated classics such as "Snow White" and "Pinocchio," up through last year's "Toy Story 3," the new album boasts Wilson's trademark harmonies, lead vocals and brilliant pop arrangements. Brian Wilson's In the Key of Disney arrives in stores and at online retailers Oct. 25.

In addition to producing the album, Wilson wrote all vocal arrangements and co-wrote arrangements for his band with Paul Von Mertens. Song selection was a careful process for Wilson, who chose from among every era of Disney films, to appeal to kids and adults of all ages. Said Wilson, "Like every kid in America, I grew up loving Disney, especially the animated classics. The songs from those masterpieces were as much a part of my musical education as anything else. So it only made sense that I would want to put my spin on some of those truly great songs."

Drawing on Wilson's genius for layered vocal harmonies and crisp pop arrangements, In the Key of Disney is a must for fans of the Beach Boys and Disney music. Songs included on the album are:


1."You've Got a Friend In Me," the Oscar®-nominated hit from "Toy Story," given a funky New Orleans twist with classic Brian Wilson harmonies.
2."Bare Necessities," a rousing rendition of the 1967 classic from "The Jungle Book," re-envisioned in the Tin Pan Alley style that so impacted Wilson as a songwriter.
3."Baby Mine," the gentle ballad from "Dumbo," done as a doo-wop lullaby in the fashion of the Beach Boys' "In My Room."
4."Kiss the Girl," one of the unforgettable songs from "The Little Mermaid" punctuated by stunning Brian Wilson harmonies.
5."Colors of the Wind" the signature song from "Pocahontas" and winner of the 1995 Academy Award for Best Original Song, reinterpreted as only Brian Wilson can.
6."Can You Feel the Love Tonight," the Oscar®-winning ballad (composed by Wilson's friend Elton John and lyricist Tim Rice) from "The Lion King" adorned with Wilson's flawless choral harmonies.
7."We Belong Together," Wilson's sizzling rock 'n' roll take on the Oscar®-winning Randy Newman classic from "Toy Story 3."
8."I Just Can't Wait to Be King," one of the cheeriest tunes from "The Lion King," made even more fun by Brian Wilson.
9."Stay Awake," the lullaby from "Mary Poppins," a surprising choice but revived beautifully with Wilson's intimate arrangement.
10."Heigh Ho/Whistle While You Work," the album's sole instrumental, is a masterful, whimsical medley drawn from "Snow White."
11."When You Wish Upon a Star" from "Pinocchio," the album's closer and arguably the signature song from the Disney pantheon, given new life with Wilson's lush harmonies.


"These days, I enjoy watching the classic Disney films with my own children and grandchildren," says Wilson. "It's fun to watch them discover the magic, both in the stories and characters, as well as in the music. I made this album for them, just as much as for me and for my fans, and I hope everyone enjoys it."

Brian Wilson is one of the great American composers of the last 100 years. The Southern California native, along with his brothers, a cousin and a friend, formed the Beach Boys while still in their teens. With Wilson as chief songwriter and arranger, the band not only turned out dozens of hits, but changed music forever thanks to Wilson's innovative melodies and harmonies. Songs like "I Get Around," "Help Me, Rhonda," "California Girls," "Wouldn't It Be Nice," and the #1 smash "Good Vibrations" remain indispensable staples in the rock 'n' roll canon. The band's "Pet Sounds" (1966) is regarded as one of the greatest albums of all time.

Wilson continued to make great music after the Beach Boys, with 10 solo albums including his breathtaking Brian Wilson Presents SMiLE, which he began recording in the 1960s and finally completed in 2004 to thunderous critical acclaim and Top 20 chart success (as well as earning a Grammy). A member of the Rock 'n' Roll Hall of Fame, the Songwriter's Hall of Fame, a Kennedy Center honoree and recipient of multiple Gold and Platinum records, Wilson has earned his well-deserved pop music immortality. Last year, Wilson made his Disney Pearl debut with Brian Wilson Reimagines Gershwin, which included his versions of great Gershwin tunes as well as two new songs fashioned from fragments given to Wilson by the Gershwin estate.


RED HOT CHILI PEPPERS' NEW ALBUM, I'M WITH YOU, IS FIRST ROCK ALBUM EVER TO BE SPECIALLY MASTERED FOR ITUNES 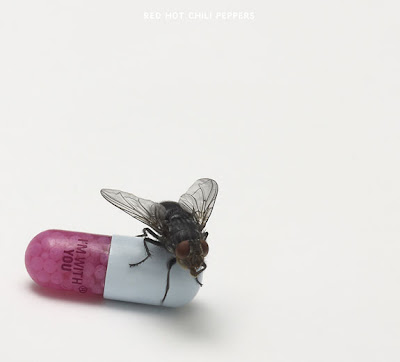 Red Hot Chili Peppers' new album I'm With You, which will be released Monday, August 29th by Warner Bros. Records, is the first rock album specially mastered to optimize digital sound quality for iTunes Store customers. The album was produced by Rick Rubin and mastered for iTunes using high-resolution sourced audio to provide fans with an incredibly rich listening experience.


"We are excited to work with iTunes to make an even better listening experience for fans," says producer Rick Rubin, who produced the band's five previous albums. "We can't wait for everyone to hear it."


Earlier this month, "The Adventures of Rain Dance Maggie" claimed the top spot on Billboard's Alternative chart, enabling the Los Angeles quartet to surpass their own record for the artist with the most Number One singles in Modern Rock radio chart history with 12. The track is also No. 1 on both the BDS and Mediabase charts for the third consecutive week.


I'm With You is Red Hot Chili Peppers' first new album since the two-set Stadium Arcadium, which debuted at No. 1 in 28 countries around the world, including the U.S. - their first Number One album on the Los Angeles quartet's home turf. The album spawned three No.1 Modern Rock hits: "Dani California" (which spent 14 weeks at No. 1 and is one of three songs in the history of Billboard's Alternative Chart to debut at No. 1), "Tell Me Baby," and "Snow (Hey Oh)." To support Stadium Arcadium, the Chili Peppers played to millions of fans around the world throughout 2007, including sold-out arena tours of Europe and North America, appearances at the Fuji Festival in Japan and Live Earth, and headlining slots at Lollapalooza in Chicago, and the Leeds and Reading Festivals in the U.K.


One of the most successful acts in rock history, Red Hot Chili Peppers have sold more than 60 million albums, including five multi-platinum LPs, and won six Grammy Awards, including "Best Rock Album" for Stadium Arcadium, "Best Rock Performance By a Duo or Group" for "Dani California," "Best Rock Song" for "Scar Tissue," and "Best Hard Rock Performance With Vocal" for "Give It Away." Red Hot Chili Peppers, which is singer Anthony Kiedis, bassist Flea, drummer Chad Smith, and guitarist Josh Klinghoffer, will travel to South America in September for several shows, including a headlining stint at the Rock in Rio Festival in Brazil on the 24th. In October, the band set off on a European tour. Please visit www.redhotchilipeppers.com for all tour dates.


JON MCLAUGHLIN RELEASES 'FOREVER IF EVER' ON SEPTEMBER 6th 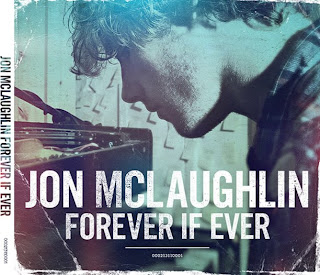 Singer/songwriter Jon McLaughlin will kick off the release of his much anticipated new album, Forever if Ever, with a three month tour that will include over 40 concerts throughout North America, co-headlining with Stephen Kellogg & The Sixers. Forever if Ever (due September 6, 2011) embodies McLaughlin’s irresistible songwriting style and charismatic live performances, and is the newest album in a career that has been filled with critical acclaim and a dizzying array of success that has taken him up the charts, to the Oscars, into the studio with fellow artists like Jason Mraz, and on the road with Sara Bareilles and Kelly Clarkson, and Marc Broussard.


Four years, two albums, hit singles like “Beautiful Disaster” (with a hook that few could resist) and an Academy Award performance brought McLaughlin to an unlikely crossroads when it came time to record a new disc. He wanted to write songs, and he wanted them to be his own. Grateful for the brilliant songwriters his label had paired him with while making 2007’s Indiana and OK Now (2008), he missed the profound connection he felt when singing lyrics that tapped into his own soul. So Jon parted ways with Island Records and got back to writing solo.


With creative control back in hand, it was only natural for McLaughlin to take on producing duties as well, bringing his longtime band into the studio with him for the first time. It gave Forever if Ever a truly complete, band-like sound that he’d missed during his major-label recording sessions. And at the core of it all remained Jon’s sweetly melancholy songs. Liberated by the freedom to write without budgets, radio and marketplace weighing in, McLaughlin was able to let his stories and characters live like never before with lyrics that are painfully, achingly beautiful. He wrote songs about love of all kinds, heartache, longing and loss that were intensely personal yet universal, instantly apposite to his fans.


Jon will bring his new songs, and his hits, to life this fall on his extensive three month tour with Stephen Kellogg & The Sixers. Just prior to heading out on the road, Jon will join the Indianapolis Symphony Orchestra for a very special concert on September 10th at Conner Prairie in Fishers, IN. The event, Concert For A Cause: Jon McLaughlin with the Indianapolis Symphony Orchestra, will raise funds for Outreach Inc and the symphony’s community programs.

For more information, including his upcoming tour dates throughout North America, visit Jon McLaughlin's official Web site at http://jonmcl.com/
Posted by Robert Kinsler at 7:32 AM