After a strong schedule of summer releases featuring new full-length albums from Glen Campbell and David Serby, a stunning live album from Bad Company, and - not one - but two collections paying tribute to Buddy Holly, fall is looking pretty good too. Vanguard Records has just announced a number of exciting releases on the way. 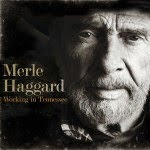 Merle Haggard - Working In Tennessee - October 4th
Iconic country music legend, Country Hall of Famer, and most recently a Kennedy Center Honoree, Merle Haggard’s Working In Tennessee, marks his second disc for Vanguard Records. This is a collection of self-penned Haggard riches, plus a couple of classics made famous by Johnny Cash, as well as a new version of Merle’s stalwart “Working Man Blues” featuring Willie Nelson and his son Ben Haggard. Working in Tennessee is another in a long line of stellar discs filled with Haggard’s honest and candid observations of the world with backing by his longtime band The Strangers plus a number of veteran studio cohorts. Produced by Haggard and Lou Bradley at the Hag’s Northern California Tally studio, the album is another worthy addition to his tremendous body of decades of radiant work. 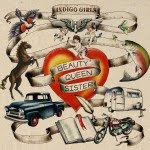 The Indigo Girls - Beauty Queen Sister - October 4th
Grammy-winning folk-rock duo Indigo Girls’ fourteenth studio album, Beauty Queen Sister is a stunning 13-song collection featuring the signature storytelling that fans have grown to love, touching on modern-world worries and romanticizing the simplicity of days gone by. Recorded in Nashville, the duo reunited with producer Peter Collins, with whom the Indigo Girls worked on 1992’s Rites of Passage and 1994’s Swamp Ophelia. The Indigo Girls’ constant touring, as well as staunch dedication to a number of social and environmental causes, has earned them a fervidly devoted following over the years. So many artists who launched their careers in the late 1980s have slipped from our collective memory, yet the Indigo Girls continue to sing night after night to multi-generational audiences who flock to their shows and give themselves over to the power of their music. Beauty Queen Sister will be the fourth album released on their own IG Recordings/ Vanguard Records.

Click here to listen to the first single, "Making Promises." 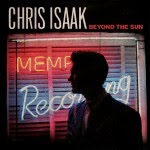 Chris Isaak - Beyond The Sun - October 18th
Beyond the Sun, Chris Isaak’s Vanguard Records debut is a self-described labor of love. Since he fell in love with his parents’ 45s as a child in Stockton, California, this passionate writer/artist has been obsessed with the glory days of Memphis’ Sun Studio and the visionary artists who got their starts there—including Elvis Presley, Johnny Cash, Roy Orbison, Carl Perkins and Jerry Lee Lewis—all of them discovered and nurtured by the great producer Sam Phillips. Now, at long last, Isaak magically recaptures the transformative brilliance of the classic sides cut by these greats at Sun with Phillips during the mid-’50s, while also getting down to the nitty-gritty of his own deeply rooted musical identity. Isaak’s longstanding desire to musically salute his inspirations was fast-tracked when he read a 2000 interview with Phillips that appeared in the Oxford American. Phillips was asked if any contemporary recording artists grabbed his attention. His response blew Chris away. “I don't keep up with the business like I used to,” said Phillips, “but I love to listen to Chris Isaak. He’s very talented, and his music is so damned honest. It’s incredible.” That pretty much sealed the deal for this Sun worshiper. Produced by Isaak, Beyond the Sun was recorded mostly at the historic Sun Studio in Memphis with his longtime band and features a guest performance by the Memphis legend, ‘Cowboy’ Jack Clement. Beyond The Sun will be released in a standard and deluxe package. The deluxe package includes 14 tracks plus 11 additional recordings. A 2 LP vinyl edition of the deluxe package will be available in November.

Click here to stream samples from Beyond The Sun 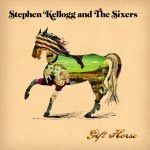 Click here to listen to the first single, "Gravity." / Click here to pre-order the album.
Posted by Robert Kinsler at 7:45 AM