Fantastic new albums from Dawes and Alan Parsons as well as a greatest hits set from The Offspring finally available on vinyl and two enticing advance singles from Collective Soul make for a diverse field of music. 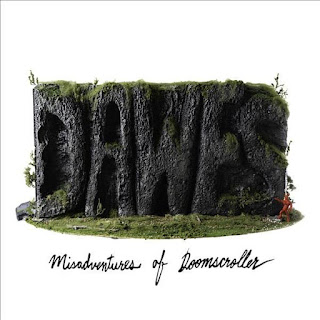 Artist: Dawes
Title: Misadventures of Doomscroller (Rounder Records)
You might like if you enjoy: Dawes, Steely Dan, Jackson Browne
Tell me more: Dawes continues to be a stellar light in the modern rock universe, defying easy categorization while boldly displaying even more dizzying heights with each new release. The Jonathon Wilson-produced Misadventures of Doomscoller is Dawes' 8th studio album and it is certainly one of the best albums of 2022. Take the ambitious opener "Someone Else's Cafe / Doomscroller Tries To Relax," a nine and one-half minute song that somehow blends Laurel Canyon folk rock, Steely Dan-mining jazz and gospel-tinged elements across its luxurious run. The momentum and might of the album continues with the intoxicating acoustic-flavored "Comes In Waves," buoyant "Everything Is Permanent," hard-charging "Ghost In The Machine," sumptuous two-part "Joke In There Somewhere," and eloquent closer "Sound That No One Made / Doomscroller Sunrise." To be sure, many of the longer-than-usual originals feature musical jamming aplenty but the virtuoso musical sorties never negate the sterling songcraft showcased across the seven-track disc. Dawes is Taylor Goldsmith (guitar, primary vocalist), Wylie Gelber (bass), Griffin Goldsmith (drums, percussion, background vocals) and Lee Pardini (piano, organ, synthesizers, guitar, clavinet, background vocals). Dawes performs with the Head and the Heart at the Greek Theatre in Los Angeles on Saturday, Aug. 20, 2022. Information: DawesTheBand.com. 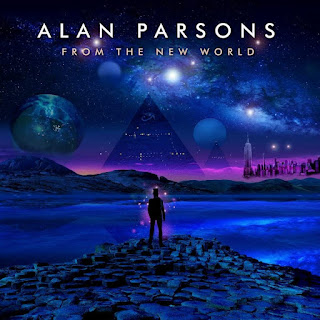 Artist: Alan Parsons
Title: From The New World (Frontiers Music Srl)
You might like if you enjoy: Alan Parsons Project, Joe Bonamassa, Tommy Shaw, Ambrosia
Tell me more: Following up on his April 2019 release The Secret, legendary Alan Parsons is back with his new full-length LP From The New World. Blending progressive and classic rock with symphonic elements, a strong field of surrounding players help deliver the latest memorable set from the Grammy-winning English singer-songwriter/producer. The immersive "Fare Thee Well," magnificent "Uroboros" (featuring an especially fine vocal turn from Styx lead singer Tommy Shaw)" and beautiful folk-styled "Don't Fade Now" are early standouts on From The New World. The second half of the album is equally compelling, with the wistful "Obstacles," propulsive "You Are The Light," melodic prog rocker "Halo" and reflective "Goin' Home" among the high marks. Blues guitar great Joe Bonamassa displays his artful fret work on the poignant "I Won't Be Led Astray," a track that features affecting lead vocals from Ambrosia lead singer David Pack and masterful playing from cellist Mika Larson. Information: AlanParsons.com. 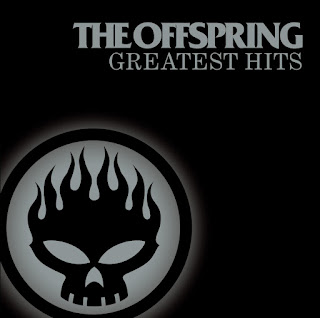 Artist: The Offspring
Title: Greatest Hits (Round Hill Music)
You might like if you enjoy: The Offspring, Green Day, 311
Tell me more: Originally released in 2005, The Offspring's essential Greatest Hits compilation is now available for the first time on vinyl. The Garden Grove, California-launched outfit released a parade of winning alt rock and punk fueled tracks in the 1990s and early '00s included on this outstanding and fast-moving set. The band's hard edged sound is bolstered by plenty of melody so it's no surprise that The Offspring's material is truly timeless. Highlights on the collection include early faves "Self Esteem" and "Gotta Get Away" from 1994's Smash, "All I Want" and "Gone Away" from 1997's Ixnay on the Hombre, "Pretty Fly (For a White Guy)," "Why Don't You Get A Job?" and "The Kids Aren't Alright" from 1998's Americana. The Offspring's latter material burns just as powerfully; "Original Prankster" and "Want You Bad" from 2000's Conspiracy of One, "Defy You" from the 2002 Orange County soundtrack, and "Hit That" and "(Can't Get My) Head Around You" from 2003's Splinter. The album's killer opener "Can't Repeat" is also included on the title, and was the compilation's first official single — peaking in the Top 10 on both Billboard's Modern Rock Tracks and Mainstream Rock Tracks charts. There are three different versions available: a black LP with a lyric insert, a limited-edition picture disc that features the band’s iconic flaming skull, and an exclusive limited-edition version that boasts a slipmat with the same logo. Information: Offspring.com.
Artist: Collective Soul
Single titles: "All Our Pieces" and "Cut The Cord" (Fuzze-Flex Records)
You might like if you enjoy: Collective Soul
Tell me more: Although Collective Soul's new album Vibrating isn't due until Aug. 12, two advance tracks from the highly-anticipated return are so strong that fans of top-tier modern rock will want to check out these wonderful cuts via their favorite streaming service (as well as YouTube, where official must see music videos are available). "All Our Pieces" taps into the band's signature sound, with a soaring anthemic rocker every bit the equal of classic cuts like "Shine," "December," "Heavy" and "The World I Know." Singer-songwriter Ed Roland is among the best songwriters of his generation, as evidenced by the song's introspective expanse.  The '70s-mining hard rocker "Cut The Cord" released last week showcases the troupe's more fiery instincts — complete with some dynamic high-flying vocals from Roland and ace guitar work from Dean Roland and Jesse Triplett. Collective Soul has several upcoming performances in Southern California later this month. Information: CollectiveSoul.com.
Robert Kinsler
Posted by Robert Kinsler at 5:10 PM