Good news for all us Tom Petty fans! 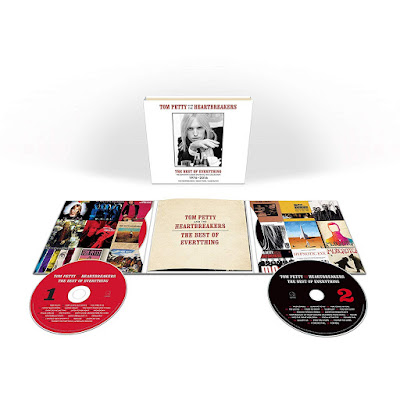 The Best Of Everything, the first career-spanning collection of Tom Petty’s hits—including songs from his solo projects, songs with The Heartbreakers, as well as essentials from the reformed Mudcrutch—is out today viaGeffen Records/UMe. Order The Best Of Everything now: https://tompetty.lnk.to/TheBestOfEverything 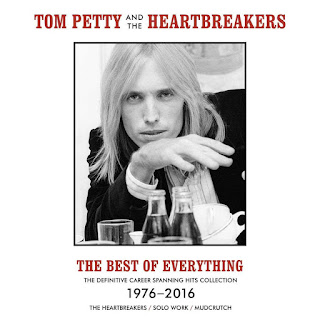 As a supplement to last year’s critically lauded box set An American Treasure, The Best Of Everything was born from Petty’s long-term desire to release what he believed to be his strongest material across his four decades of songwriting. Petty’s family and band-mates rallied together once again to fulfill his dream. Rather than in chronological order, the special cross-label collection was sequenced as a hard-hitting playlist giving the entire catalog equal prominence.
Throughout his storied career, Petty did everything with authenticity, putting the music and his fans first. It is this sentiment that Petty sings about in the poignant and autobiographical song “For Real”—the latest single andpreviously unreleased track on the collection. The song is receiving widespread critical praise. Rolling Stonehails, “For Real” is “essentially a declaration of purpose,” Los Angeles Times explains “It possesses the relatability and healthy dose of self-effacing humor that frequently defined his songwriting,” while SPIN calls the song “its own kind of slow-burning retrospective.”
The Best Of Everything also features an essay on Petty written especially for this collection by his close friend,Academy Award-winning screenwriter, director, author and journalist Cameron Crowe.
All recordings on the set are newly mastered from the original stereo tapes and digital files by Chris Bellman at Bernie Grundman Mastering, with supervision by Ryan Ulyate.
Moreover, Petty’s solo album Full Moon Fever has been inducted into the Grammy Hall of Fame. The album isfive times Platinum in the U.S., six times Platinum in Canada and celebrates its 30th anniversary this April. Full Moon Fever features “Free Fallin’,” “I Won’t Back Down” and “Runnin’ Down A Dream,” all of which are on The Best Of Everything.
THE BEST OF EVERYTHING TRACK LIST
Disc 1
1. Free Fallin’
2. Mary Jane’s Last Dance
3. You Wreck Me
4. I Won’t Back Down
5. Saving Grace
6 You Don’t Know How It Feels
7. Don’t Do Me Like That
8. Listen To Her Heart
9. Breakdown
10. Walls (Circus)
11. The Waiting
12. Don’t Come Around Here No More
13. Southern Accents
14. Angel Dream (No. 2)
15. Dreamville
16. I Should Have Known It
17. Refugee
18. American Girl
19. The Best Of Everything (Alt. Version)
Disc 2
1. Wildflowers
2. Learning To Fly
3. Here Comes My Girl
4. The Last DJ
5. I Need To Know
6. Scare Easy
7. You Got Lucky
8. Runnin’ Down A Dream
9. American Dream Plan B
10. Stop Draggin’ My Heart Around (feat. Stevie Nicks)
11. Trailer
12. Into The Great Wide Open
13. Room At The Top
14. Square One
15. Jammin’ Me
16. Even The Losers
17. Hungry No More
18. I Forgive It All
19. For Real
TomPetty.com | Facebook.com/TomPetty | Twitter.com/TomPetty | Instagram.com/TomPettyOfficial
Posted by Robert Kinsler at 3:50 PM