Just listened to the new track from Santana's upcoming album 'Africa Speaks.' Get a listen, a wonderful song that proves how the legendary guitarist keeps pushing forward... 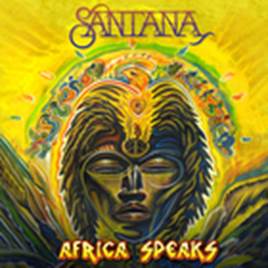 Enlisting legendary producer Rick Rubin, the iconic guitarist and his eight-piece band (which also includes Santana’s wife, Cindy Blackman Santana, on drums), convened at Rubin’s Shangri La Studios in Malibu, and in a joyous and stimulating 10-day period they recorded an astonishing number of tracks, many of them in one take.

Another dramatic element in the creation of “Los Invisibles” came in the form of Spanish singer Buika, whose heavenly lead vocals cast a magical spell throughout the album. Santana, now 50 years into his remarkable career, has succeeded in creating a compelling, energy infused album. A vision that transcends generational, cultural and geographical boundaries. It will rank as one of his most important and memorable works.