Here is a roundup of news relating to upcoming releases... 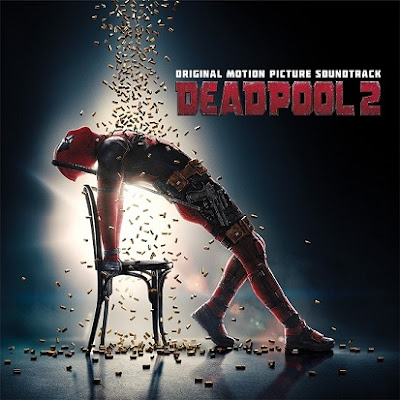 THE HIGHLY ANTICIPATED FILM DEADPOOL 2 HITS THEATRES ON MAY 18 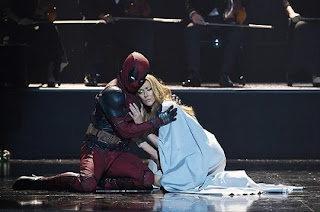 Twentieth Century Fox Film and Columbia Records have announced Deadpool 2: Original Motion Picture Soundtrack will release May 18. The 12-track compilation is available for pre-order now and features two new original songs recorded exclusively for the film, including “Ashes” by Celine Dion and “Welcome To The Party” by Diplo, French Montana, Lil Pump featuring Zhavia Ward. The accompanying official video for “Ashes,” helmed by the film’s director David Leitch, has also premiered today – watch HERE. The video features Deadpool himself and was filmed in The Colosseum at Caesars Palace, the very venue where Celine hosts her Las Vegas residency shows. Here is the full track listing for Deadpool 2: Original Motion Picture Soundtrack: 1.   Ashes - Celine Dion2.   Welcome To The Party – Diplo, French Montana & Lil Pump (feat. Zhavia Ward)3.   Nobody Speak – DJ Shadow feat. Run The Jewels4.   In Your Eyes – Peter Gabriel5.   Take On Me (MTV Unplugged - Summer Solstice) – a-ha6.   If I Could Turn Back Time – Cher7.   9 to 5 – Dolly Parton8.   All Out Of Love – Air Supply9.   We Belong – Pat Benatar10. Tomorrow – Alicia Morton11. Mutant Convoy – Tyler Bates12. Bangarang (feat. Sirah)  – Skrillex About Deadpool 2: After surviving a near fatal bovine attack, a disfigured cafeteria chef (Wade Wilson) struggles to fulfill his dream of becoming Miami's hottest bartender, while also learning to cope with his lost sense of taste. Searching to regain his spice for life, as well as a flux capacitor, Wade must battle ninjas, the yakuza, and a pack of sexually aggressive canines, as he journeys around the world to discover the importance of family, friendship, and flavor - finding a new taste for adventure and earning the coveted coffee mug title of World's Best Lover. DEADPOOL 2 Official ChannelsOFFICIAL WEBSITE: Deadpool.comFACEBOOK: Facebook.com/DeadpoolMovie TWITTER: Twitter.com/DeadpoolMovie INSTAGRAM: Instagram.com/DeadpoolMovie#Deadpool2

May 3, 2018 – Even for an experienced musician like Will Turpin, putting together a new solo album was an adventure, squeezed in whenever he could find the time.
With more than 100 concerts a year as bassist for the multi-Platinum rockers Collective Soul and raising three boys, Turpin keeps pretty busy. Even still, he found time to record and produce his debut full-length solo album, SERENGETI DRIVERS, at his father’s studio, Real 2 Reel, which is where most of Collective Soul’s Platinum-selling debut album, HINTS, ALLEGATIONS, AND THINGS LEFT UNSAID, was recorded. SERENGETI DRIVERS is due out June 8 via his own Gooey Records label across all digital platforms and in independent record stores nationwide. Pre-orders will be available everywhere starting Friday, May 4.
“I started to craft and record these songs right around the time my wife Donna was diagnosed with breast cancer,” Turpin said. “Cancer will change your outlook on life in an instant and it definitely is a part of this record. Watching her deal was tough, I tried to stay positive and keep it light, but I knew she was going to have down days that would test her strength. I don’t think cancer is ever really ‘behind you’, but Donna is strong and is doing better now.”
Over a four-year period, Turpin put the work in on SERENGETI DRIVERS, the follow-up to 2011’s THE LIGHTHOUSE five-song EP which was a piano-driven power pop statement that pleasantly took many critics and fans by surprise. Some of the lyrical themes in his latest offering explore love, honesty, betrayal, spiritual boundaries and cosmic relevance.
Produced by Turpin and co-produced by Jonathan Beckner, SERENGETI DRIVERS is an 11-song showcase featuring plenty of riffs, aggressive up-tempo rockers, tender tunes, slices of Americana and Beatles-influenced numbers. They are melodically rich, deeply textured, lyrically insightful, and its title SERENGETI DRIVERS suggests, wildly adventurous, which came to TURPIN in a dream.
“At the beginning of this record, I was having this recurring dream where I was walking in the desert. I wasn’t lost, but yet I didn’t know where I was or where I was going. I would see a group of friends, and they would be driving in the desert and having fun,” Turpin said. “I’d ask, ‘Who are these Serengeti drivers? Hey, I know them!’”
Indeed, he does. Turpin co-wrote five of the songs with Atlanta-based musician and longtime friend Jason Fowler, one of 15 musicians tapped for SERENGETI DRIVERS. He also enlisted the talents of Shane Evans and Ryan Hoyle–Collective Soul’s first two drummers, as well as Johnny Rabb, who currently carries the sticks for the band. Joe Gransden and Wes Funderburk (on trumpet and trombone, respectively), were Turpin’s friends dating back to Georgia State University School of Music in the early ‘90s. He’s known them all for many years and says those friendships only enhance the music.
“The importance of who you surround yourself with when you’re artistically creating can’t be overestimated, because you only have that one moment in time to get the goods,” Turpin said. “So if things aren’t clicking smoothly and going forward, then it doesn’t matter how good you are. There’s a shorthand with friends and that’s so valuable in a studio setting.”
www.WillTurpin.com
www.facebook.com/WillTurpinMusic
www.twitter.com/willturpin
www.instagram.com/willturpin

Snow Patrol Premiere "What If This Is All The Love You Ever Get?"

NEW ALBUM WILDNESS OUT ON MAY 25TH VIA POLYDOR/
REPUBLIC RECORDS, THEIR FIRST IN SEVEN YEARS

Snow Patrol is premiering the song “What If This Is All The Love You Ever Get? via a world first play on Zane Lowe’s Beats 1 program. Lowe called the song “deep and emotional” and you can listen to it here. In addition, the band concurrently debuted the cinematic and cathartic music video for the new song, which was directed by Brett Simon. Watch it here.
Snow Patrol appeared as musical guests on The Late Show with Stephen Colbert on April 19th and The Late Late Show With James Corden on April 24th and performed “Don’t Give In,” the single from Wildness. Next week the band return to perform on Later With Jools Holland on BBC Two.
Recently, Snow Patrol debuted their music video for “Life On Earth,” a new song from Wildness. The music video was premiered first by British Astronaut Tim Peake and was shot at the European Space Agency in Holland. Watch the music video for “Life On Earth” here. The band also debuted the music video for “Don’t Give In,” the lead single from Wildness, and you can watch it here.

Snow Patrol have upcoming sold-out shows throughout Ireland & the UK in May (full dates below). Remaining tickets are available here.
On May 25th, Snow Patrol will return with Wildness, which finds the band searching for clarity, connection, and meaning, while staying true to the melodic songwriting prowess that brought them to prominence. Wildness taps into something raw and primitive. Lead-singer and songwriter Gary Lightbody says of the album: “There are many types of wildness, but I think it can be distilled into two: the wildness of the modern age, all its confusion, illogic and alienation and a more ancient wildness. Something primal, alive and beautiful that speaks to our true connectivity, our passion, our love, our communion with nature and each other. This is the kind of wildness the album is centered around. The loss of it. Trying to reconnect with it. To remember it.” Watch the album trailer for Snow Patrol’s Wildness here.
Since their 1998 debut, Songs for Polarbears, Snow Patrol have racked up an impressive number of critical and commercial accolades, including 15 million global album sales, 1+ billion global track streams, five UK Platinum Albums, and are Grammy, BRIT Award and Mercury Music Prize nominated. After their Fallen Empires tour ended in 2012, band members —which also include multi-instrumentalist Johnny McDaid, guitarist Nathan Connolly, bassist Paul Wilson, and drummer Jonny Quinn — decided to take a step back from the band, and focus on their own projects. Gary Lightbody continued his work with his Tired Pony side project with members of Belle and Sebastian, R.E.M, Reindeer Section and Fresh Young Fellows and moved to Los Angeles to begin writing songs for movies (including “This Is How You Walk On” for 2017’s Gifted), and doing a number of high-profile co-writes with Ed Sheeran, Taylor Swift, Biffy Clyro, and One Direction. Taking this extended break from Snow Patrol proved to be a source of inspiration, and writing songs that were not pulled directly from his own psyche helped heal what Lightbody considered to be not so much writer’s block as life block.
It’s in this search for clarity and connection that these songs were written and refined. “I think it’s the first record I’ve ever written that I haven’t just asked a bunch of questions. I actually tried to figure out why I was unhappy, why I feel out of place, why I’m afraid,” says Lightbody. “There’s nothing really to protect myself for-- it’s all in the album. I want to remember.” This impulse was partially inspired by Lightbody’s father, who is suffering from dementia. “I think the album is defined by memory in a lot of ways,” says Lightbody, “including my father’s loss of memory.”
“Seamus Heaney, my favourite poet of all time, said at 71 that he was only discovering what some of his poetry means, and this is coming from a Nobel Prize-winning poet. It’s a great testament to inspiration,” says Lightbody. “Sometimes it takes you five years to write the thing. Like now. And you know for sure when you finish an album like that, where you’ve poured over every detail and put every atom of yourself into it, everything makes sense and I bet you I’m never not proud of this record.” 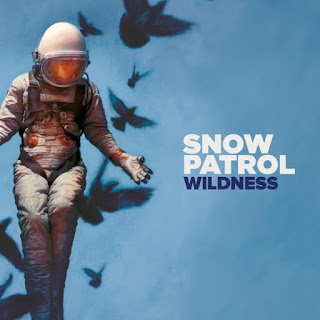