The Rock & Roll Hall of Fame 2018 Induction Ceremony premiered on HBO on Saturday May 5, with Bon Jovi, The Cars, Dire Straits, The Moody Blues, Nina Simone and Sister Rosetta Tharpe added to the museum's ranks.

Watching the event (and seeing the Cars and Moody Blues finally get a nod) got me thinking about a number of my own favorite artists who have not yet been honored with induction into the Cleveland, Ohio-based Rock Hall. The following is my list of 10 artists that are fully deserving of the honor.

Bad Company –  Despite the obvious (and mandatory) inclusion of The Beatles and The Rolling Stones, I have often wondered if there has been a strong bias against British rockers. Just look how long it took for Electric Light Orchestra, Deep Purple, Moody Blues and solo careers of George Harrison and Ringo Starr to land a spot; no surprise my "wish list" of inductees includes a long line of groundbreaking and popular Brits. Eligible since the early 1990s, British supergroup Bad Company featured singer-songwriter Paul Rodgers and drummer Simon Kirke (of Free),  guitarist Mick Ralphs (of Mott the Hoople) and bassist Boz Burrell (of King Crimson); the strong quartet carved out a number of bona fide classic rockers including "Bad Company," "Good Lovin' Gone Bad," "Movin' On," "Feel Like Makin' Love," "Gone Gone Gone" and "Can't Get Enough."


Big Star – Album sales aren't everything. Big Star's debut (#1 Record) was cursed with minimal marketing and distribution from Stax Records upon its release in 1972 despite universal praise from critics. A similar fate befell the group's equally-sterling second LP (Radio City). However, the Memphis rockers' legacy has continued to grow with every passing year; count R.E.M., Cheap Trick, the Posies, the Replacements and the Bangles among the many high-profile groups who have acknowledged the huge influence of Big Star on their music. The group's blend of Beatles-styled melodies and crunchy guitars sounds as contemporary today as it did 45 years ago. 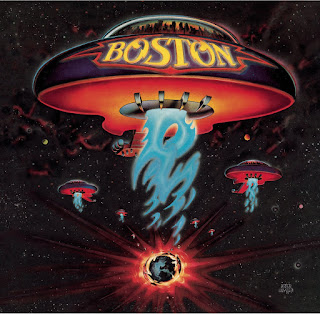 Boston – Not only do Boston's most enduring hits from the late '70s and early '80s ("More Than A Feeling," "Foreplay/Long Time," "Peace of Mind," "Smokin'," "Hitch a Ride," "Don't Look Back," "Amanda") remain great sounding staples on rock radio, but the band's textured and layered approach to multi-track recording continues to influence music makers across the spectrum today.


Kate Bush - Decades before artists such as Björk and Florence Welch (of Florence + the Machine) impressed with a mix of song, dance and visual arts, English songstress Kate Bush impressed with her mastery of multiple art forms. At age 19, her 1978 single "Wuthering Heights" earned her the honor of being the first female artist to have a self-penned single atop the British charts. Other great songs have followed, including "Don't Give Up" (an enduring duet with Peter Gabriel), "Running Up That Hill" and "King of the Mountain."


The Cure – I could be wrong, but I don't think The Cure has ever even been nominated for admission into the Rock & Roll Hall of Fame! Crazy when you gaze beyond the 30 million in album sales and consider the massive influence of Robert Smith's potent vocals and distinctive guitar work as well as the band's goth-rock stylings that laid the groundwork for a slew of descendants including the Church, the Smashing Pumpkins and Interpol.


Depeche Mode – If getting into the Rock Hall is all about album sales and longevity, credit synth pop pioneers Depeche Mode with more than 100 million albums dating back to the early 1980s. But more importantly, the group's groundbreaking blend of electronica and rock continues to impress and influence countless artists who came after (notably Nine Inch Nails).


Devo – Formed way back in 1973 in Ohio, Devo's groundbreaking minimalist sound set the stage for Thomas Dolby, the Cars, the B-52's and many others. Look beyond the group's best known hits ("Whip It" and a cover of the Rolling Stones' "Satisfaction") and discerning listeners will be immersed in a mix of sci-fi themes, social commentary and a much-needed sense of fun.

Radiohead – Although the English quintet Radiohead was nominated for inclusion in 2018 they didn't make the final cut. Radiohead (singer-guitarist Thom Yorke, bassist Colin Greenwood, lead guitarist-keyboardist Jonny Greenwood, rhythm guitarist Ed O'Brien and drummer Phil Selway) is widely acknowledged by discerning music fans and critics as one of the greatest alternative rock acts of the past 25 years. The band continues to push rock forward and has issued fantastic and groundbreaking music as far back as their 1992 single "Creep" (covered by everybody from Prince to Macy Gray!). Radiohead should be nominated and inducted without question in 2019.


The Smiths – Although the Smiths only recorded a handful of studio albums in the 1980s, the quartet's influence is massive. The widely-acknowdged founding father of Britpop, the Smiths' pioneering sound and style influenced a continuing wave of British greats including the Stone Roses, Oasis, Blur, Travis and Ride.

The Zombies – English rockers The Zombies have been nominated several times dating back to 2013 but omitted in favor of the artistically-deficient likes of Journey, Cat Stevens and Bon Jovi. To be clear, the Zombies' were a key part of the seminal British Invasion and were the first rock band to masterfully blend melodic rock, baroque pop and jazz together successfully. Eligible since 1988, the Zombies' 1968 album "Odessey and Oracle" is one of the greatest albums of all time. To put it simply, it is criminal that the Zombies (who remain a top-tier live and recording act in 2018) are not in the Rock & Roll Hall of Fame.

In addition to the aforementioned snubs, artists that I personally love and would like to see at least get a nomination include New Order, The Smithereens, Aimee Mann, The Monkees, Ten Years After and Peter Frampton for starters...

Posted by Robert Kinsler at 1:30 PM