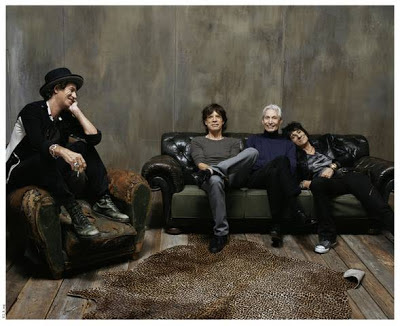 Rolling Stones fans can come to Yahoo! for historic footage including past concerts, band interviews and backstage access. Beginning at 8:30 p.m. ET/ 5:30 p.m. PT on December 15, fans can watch an exclusive special entitled Countdown to the Rolling Stones, featuring pre-show activities and a countdown of the 10 greatest Rolling Stones moments of all-time.

The Rolling Stones concert is the latest in a series of exclusive special music events accessible to millions of viewers on Yahoo! From concerts such as the Clinton Foundation 10th Anniversary and iHeart Radio festival, to red carpet premieres for “Twilight: Breaking Dawn” and “The Hunger Games,” Yahoo! brings our users their latest entertainment obsessions and their time-honored favorites, across computers and mobile devices.

“The Rolling Stones’ music has crossed generations and the world and Yahoo! is excited to bring this very special music event to our global audience," said Erin McPherson, Vice President and Head of Yahoo!’s video and originals. “The Rolling Stones are living legends, and we are honored that the band and WWE chose us to be a part of their 50th anniversary celebration.”

“We are pleased to partner with Yahoo!, a global leader in digital media, to bring the Rolling Stones pay-per-view online to millions across the world,” said Vince McMahon, Chairman and CEO, WWE. "Our partnership will create unprecedented reach for this historic event.”


WWE, the world’s pre-eminent provider of pay-per-view programming, in partnership with Dainty Group and Endemol, will distribute the pay-per-view event globally. For additional information on how to watch the pay-per-view event in your market, please visit www.rollingstones.com/watch. And the Official Rolling Stones app is now available on the App Store http://bit.ly/UaJTNQ.


WHAT: Yahoo! Music (http://music.yahoo.com) to host the exclusive pay-per-view live stream of the Rolling Stones’ 50th Anniversary concert from The Prudential Center.
WHEN: Saturday, December 15, 2012, at 9 p.m. ET / 6 p.m. PT.

WHERE: Concert to be streamed globally on Yahoo! Music (http://music.yahoo.com).