If it's Monday morning, you know my inbox runneth over, right? Here is the latest roundup to share. Have a great week everybody! 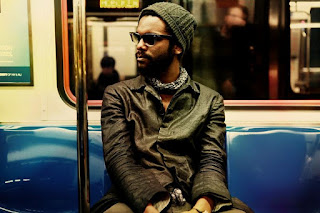 The annual Honors Gala has become the highlight of the Washington cultural year, and its broadcast on CBS is a high point of the television season. The celebration on the Kennedy Center Opera House stage will air as a two-hour primetime special on Wednesday, December 26 at 9 p.m. (ET/PT).

Clark has received across-the-board critical acclaim for his debut album for Warner Bros. Records Blak And Blu, while its first single "Ain't Messin 'Round," is climbing the charts. The media continues their love affair with Clark:

"One hell of a mean guitar tone, playing solos that claw and scream their stories with ornery spender, but Clark won't be genre-bound." - Rolling Stone

"Gary Clark Jr. lives up to the hype. Anyone who believes that rock 'n' roll is dead would have gotten a defibrillator shock at Clark's (W. Hollywood) Troubadour show....the idea that an inspired guitar, bass and drums combo on a small stage can still be more overpowering live than pummeling dance beats and a hundred-foot LED wall. Gary Clark Jr. is a shaman." -- Los Angeles Times

In other recent news, Clark has been named VH1's "You Oughta Know" Artist of The Month (November), recently performed on Good Morning America and The Late Show With David Letterman, and taped an appearance on Austin City Limits, which will air in early 2013. 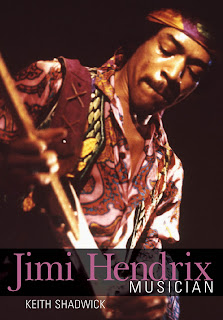 
Find out why Hendrix continues to enthrall generations of musicians

Hendrix was a larger-than-life figure and that has sometimes obscured the role of his music in other books written about him. Jimi Hendrix: Musician puts the music center stage and celebrates the power and the glory of Hendrix’s short but intense career, when he was without rival in his power and his range.

Keith Shadwick explains the drama at the heart of his great work and shows how one musician used everything going on around him to create something entirely new. Jimi Hendrix: Musician was first published in 2003; Shadwick died from cancer in 2008 at the age of 57. This new edition in a compact format, published as a tribute to Shadwick, features a new foreword by guitar historian and author Tony Bacon, who also added information about Hendrix recordings released since 2003 to the body of the text.

Placing Hendrix’s work in the broadest possible musical context, encompassing rock, pop, soul, funk, jazz, blues, fusion, and a range of classical disciplines, Jimi Hendrix: Musician is the most detailed account anywhere of this legendary performer and his unforgettable music.

Keith Shadwick’s books include Bill Evans: Everything Happens to Me and The Guinness Book of Classical Composers. He wrote about rock, jazz, blues and classical music for The Independent, The Daily Telegraph, and Jazzwise magazine. He was a presenter on BBC radio and Classic FM and a consultant for many music and media companies. A professional saxophonist in his youth, he continued to play for fun until his untimely death from mesothelioma in 2008.