It's getting a little closer to Friday, right? Here is some good (make it GREAT) news to help you make it until the weekend. Fans of Peter Gabriel, Gary Moore and Band of Horses all have something to celebrate with exciting future releases announced... 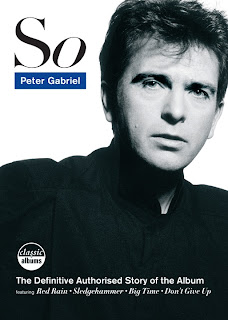 On September 18, Eagle Rock Entertainment will release Classic Albums: So, the next instalment in their Classic Albums series on DVD and Blu-ray.
This release tells the story behind the making of Peter Gabriel’s 1986 album So. It was his fifth solo album and the first one to have a title (all others were self-titled). The album spawned a number of hit singles on both sides of the Atlantic including “Sledgehammer,” “Big Time,” “Don’t Give Up,” (a duet with Kate Bush) and “In Your Eyes” which drove So to multi-platinum sales, the No.1 spot in the UK and No.2 in the US.
The acclaimed Classic Albums series is a definitive collection of the stories behind the albums that form the soundtrack to our lives. Made with the full authorization and co-operation of the artists, Classic Albums: So offers contributions from many of those involved in the making of the album and the landmark videos.  Those featured include Peter Gabriel himself, co-producer Daniel Lanois, engineer Kevin Killen and musicians Jerry Marotta, Laurie Anderson, Tony Levin and Manu Katché and many more.
So was very much an album of the MTV generation and the distinctive videos for tracks like “Sledgehammer,” “Red Rain,” “Big Time,” and “Don’t Give Up” were key factors in the album’s success.  A special re-mastered version of the classic album So will be released by Real World/EMI in September 2012 on CD, triple CD and a super deluxe box set.
Classic Albums: So offers a unique perspective on the motivations behind – and the actual creation of – this masterwork and contains as Bonus Features more than 30 minutes of additional material not included in the broadcast version.  This release is not to be missed.
Eagle Rock Entertainment is the largest producer and distributor of music programming for DVD, Blu-Ray, TV, Audio and Digital Media in the world.  Eagle works directly alongside talent to produce top quality, High Definition and 3D programs, both concerts and documentaries, including The Rolling Stones, Pink Floyd, The Who, Queen, The Doors, Jeff Beck, U2, Peter Gabriel, Paul McCartney and Ozzy Osbourne. Eagle is a Grammy Award winning company and has received over 30 multi-platinum, over 50 platinum and over 90 gold discs, worldwide.  Eagle Rock Entertainment has offices in London, New York, Toronto, Paris and Hamburg. 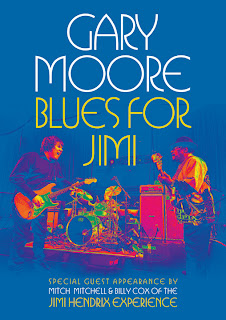 Eagle Rock Entertainment is also proud to announce the September 25 release of the Gary Moore CD, DVD and Blu-ray title Blues For Jimi.
This release captures a unique concert featuring Moore playing Jimi Hendrix tracks, including such classics as “Purple Haze,” “Foxy Lady,” “The Wind Cries Mary,” “Hey Joe,” “Voodoo Child (Slight Return)” and many more. Filmed at the London Hippodrome on October 25, 2007, it was part of the launch for the Jimi Hendrix “Live At Monterey” program.
At the end of the night, Gary was joined by Mitch Mitchell and Billy Cox of the Jimi Hendrix Experience for three tracks.  The full line-up for this show was Gary Moore (guitar, vocals); Dave Bronze (bass); Darrin Mooney (drums) with Billy Cox (bass on tracks 9-11, and also vocals on the first two of those) and Mitch Mitchell (drums on tracks 9-11).
Both Gary Moore and Mitch Mitchell have passed since this concert took place, which makes the recording of this incredible night so special. Gary Moore was one of the finest British guitarists of all time and is one of the few players who could pay homage to Jimi Hendrix’s groundbreaking and truly distinctive guitar style. This is a stunning tribute from one master guitarist to another. 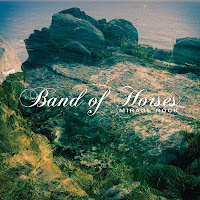 Band of Horses' fourth album, Mirage Rock (Brown/Columbia) will arrive on Sept. 18, 2012. Those who pre-order it will receive first single "Knock Knock" immediately and the exclusive track "Ego Nightmare" upon release.


Mirage Rock was produced by Rock and Roll Hall of Fame inductee Glyn Johns (Rolling Stones, Who, Led Zeppelin). Next month, Band of Horses begin a tour opening stint for My Morning Jacket.

Here is the tracklisting for Mirage Rock:

Posted by Robert Kinsler at 8:12 AM