Big, BIG news as it relates to the Rolling Stones this morning. I also have other news to share about forthcoming releases including a multi-format release from Gregory Porter ...


The Rolling Stones announce their return to the blues with their highly-anticipated new album:

‘BLUE & LONESOME’ OUT ON DECEMBER 2

Five decades in the making and just three days to record
www.rollingstones.com 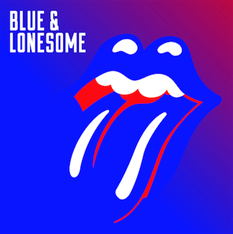 Blue & Lonesome is available in various formats and will be released on December 2, 2016 by Interscope Records. It was produced by Don Was and The Glimmer Twins and is available for pre-order worldwide from today, October 6th, at 9am EST in the USA and 2pm in the UK (equivalent times worldwide), go to rollingstones.com.

The album was recorded over the course of just three days in December last year at British Grove Studios in West London, just a stone’s throw from Richmond and Eel Pie Island where the Stones started out as a young blues band playing pubs and clubs.

Their approach to the album was that it should be spontaneous and played live in the studio without overdubs. The band - Mick Jagger (vocals & harp), Keith Richards (guitar), Charlie Watts (drums), and Ronnie Wood (guitar) were joined by their long time touring sidemen Darryl Jones (bass), Chuck Leavell (keyboards) and Matt Clifford (keyboards) and, for two of the twelve tracks, by old friend Eric Clapton, who happened to be in the next studio making his own album.

Blue & Lonesome sees the Rolling Stones tipping their hats to their early days as a blues band when they played the music of Jimmy Reed, Willie Dixon, Eddie Taylor, Little Walter and Howlin’ Wolf - artists whose songs are featured on this album.

The tracks are - Just Your Fool, Commit A Crime, Blue and Lonesome, All Of Your Love, I Gotta Go, Everybody Knows About My Good Thing, Ride ‘Em On Down, Hate To See You Go, Hoo Doo Blues, Little Rain, Just Like I Treat You, I Can’t Quit You Baby.

“This album is manifest testament to the purity of their love for making music, and the blues is, for the Stones, the fountainhead of everything they do.” Don Was, Co-Producer of ‘Blue & Lonesome’

THE ROLLING STONES - ‘BLUE & LONESOME’ WILL BE RELEASED BY INTERSCOPE RECORDS IN THE UNITED STATES ON DECEMBER 2, 2016 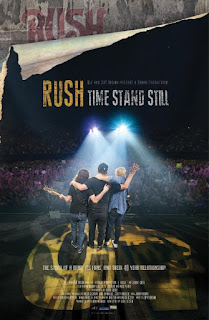 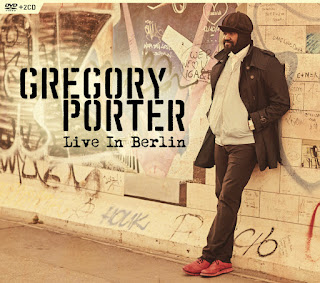 Watch "Holding On" from the upcoming release at:
https://www.youtube.com/watch?v=MtbGRXUr2-s

Since the release of his debut album Water in 2010, vocalist and songwriter Gregory Porter has been a force to be reckoned with. His very personal blend of jazz, gospel, blues and soul has drawn in fans from around the globe, particularly with the release of his Grammy Award winning third album Liquid Spirit in 2013 and his hugely successful new album Take Me To The Alley.
This past spring, Gregory Porter delivered a phenomenal concert at the Philharmonie Berlin on May 16, which will be released via Eagle Rock Entertainment on November 18, 2016. Available on DVD+2CD, Blu-ray+2CD and Digital Formats, Live In Berlin features Porter and his superb band performing tracks from across his career, including signature songs such as “Holding On,” “Liquid Spirit,” “Hey Laura,” “Take Me To The Alley,” “Be Good (Lion’s Song),” “Water Under Bridges,” “1960 What?,” “Don’t Lose Your Steam,” and more. [MSRP $34.98 Blu-ray+2CD, DVD+2CD]
The line-up of the band performing on Live In Berlin is Gregory Porter (vocals); Chip Crawford (piano); Jahmal Nichols (double bass); Emanuel Harrold (drums); and Tivon Pennicott (tenor saxophone). With minimal staging, simple lighting and the audience on all sides, the focus is totally on the music, allowing Porter’s sublime voice to bring out the light and shade in his songs.
The Bonus Features (also recorded In Berlin), include an insightful interview with Porter and the members of his band about their background, influences and the way they work together as a group.
Live In Berlin is an absolute treat for any Gregory Porter fan.
TRACK LISTING
(CD Disc 1)
1) Holding On
2) On My Way To Harlem / What’s Going On
3) Take Me To The Alley
4) Don’t Lose Your Steam
5) Hey Laura
6) Liquid Spirit
7) Consequence Of Love
(CD Disc 2)
8) Bass Solo / Papa Was A Rolling Stone
9) Musical Genocide
10) Don’t Be A Fool
11) Work Song / Drum Solo
12) In Fashion
13) Be Good (Lion’s Song)
14) 1960 What?
15) Water Under Bridges
16) Free / Thank You (Falettinme Be Mice Elf Agin)
Posted by Robert Kinsler at 7:53 AM