Sights and Sounds: Biffy Clyro, The Gloaming, 'Day of the Dead' tribute 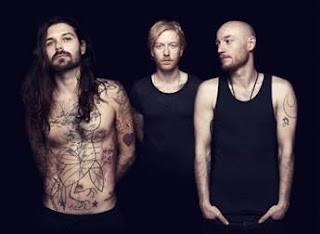 As is tradition, writing sessions for the album saw Biffy Clyro -Simon Neil (vocals/guitar) and the Johnston brothers James (bass) and Ben (drums) working in the intimate environment of their practice room. They then headed to Los Angeles for recording sessions with producer Rich Coste (Muse, My Chemical Romance, Sigur Ros).
Citing influences as diverse as Tears For Fears' Songs From The Big Chair album, DJ Arca and Deafheaven, Simon Neil has described Ellipsis as "more of a punch to the nose than a big cuddle." Lyrically, the album's songs tackle personal issues with the idea of "fighting back" a recurring theme.
Such themes are also apparent in the album's visceral first single "Wolves of Winter" which captures Biffy Clyro's famous blend of angular riffs, pummelling rhythms and strident hooks. Says Neil: "'Wolves of Winter' is about us being wolves on a patch and if you come onto that patch, we'll tear you limb-from-limb."
An Ellipsis (most commonly depicted as ...) indicates a continuation: in this case, Biffy Clyro's new body of work is an ongoing representation of everything that the band have stood for since first debuting in 2002 with the Blackened Sky album.
Ellipsis will be available digitally and on CD and vinyl editions.
Opposites saw Biffy Clyro flourish with their first U.K. #1 album and another U.K. Top 10 single with "Black Chandelier". The band's live shows soared to new heights with highlights including debut festival headline sets at Reading, Leeds, Radio 1's Big Weekend, Isle of Wight and T in the Park; a triumphant sold-out UK arena tour; and extensive touring across six continents. 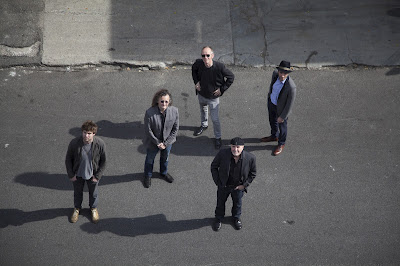 Irish-American super group The Gloaming are touring the Southeastern United States in March — and following it up with a June appearance at Washington, DC’s Kennedy Center. Most shows will be promoted by prestigious university presenters & at the emerging breed of artfully-curated festivals such as Big Ears.
In Ireland and throughout the world, the band is a critical & popular phenomenon, capturing the overall #1 slot on the Irish album charts in their debut week of release, unseating Adele and charting over artists like Justin Bieber and The 1975. However, The Gloaming’s commercial & cultural impact in the United States should not be understated — their first two albums have made top 10 debuts on the American world music charts, and their records — both consistent sellers — have seen spikes after appearances on multiple NPR Album of the Year lists in 2014, and after singer Iarla O'Lionaird had a prominent vocal cameo in the film Brooklyn, a Best Picture nominee at the revet 2016 Academy Awards telecast.
The Gloaming is a collaboration between Martin Hayes (violin, fiddle), Thomas Bartlett aka Doveman (piano), Iarla O'Lionaird (vocals), Dennis Cahill (guitar) and Caoimhin O'Raghallaigh (hardanger fiddle). Ranging in age from 30-something to 50-something, that they live in America and Ireland, and have won individual renown as master musicians. Coming together as The Gloaming in 2011, the band have merged the ambiance & drama of Sigur Ros, a virtuosic command of Irish traditional folk forms, and the emotional power of sean-nos traditional singing to create an entirely new world of sound — one some critics have called “a new kind of Irish classical music.” 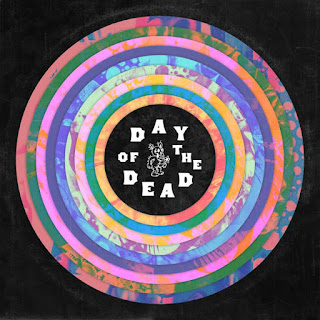 On May 20, 2016, 4AD will release Day of the Dead -- a celebration of the Grateful Dead's music created and curated by brothers Aaron and Bryce Dessner of The National. Today 5 of the album's 59 tracks have been made available via instant grat with album pre-order, on streaming services and accompanied by a series of videos directed by Michael Brown, Nick Ciontea, and Christopher Bartlett.  (Pre-order links are available below.)

The five songs shared today include the first new music from The War on Drugs since 2014's critically-acclaimed Lost In The Dream with a cover of the Grateful Dead's 1987 hit 'Touch of Grey'. Phosphorescent and Jenny Lewis combine with the backing of the in-house band (featuring 4/5 of the National) that contributed to numerous recordings on the compilation, to cover 1971's 'Sugaree'. Former Grateful Dead member Bruce Hornsby collaborates with Justin Vernon and DeYarmond Edison, Justin's reunited first band including Phil and Brad Cook and Joe Westerlund of Megafaun, for ' Black Muddy River.Courtney Barnett puts her characteristic slant on 'New Speedway Boogie', off the back of numerous accolades for 2015's GRAMMY-nominated album Sometimes I Sit and Think, and Sometimes I Just Sit.  For today's finaltaste of the full album, The National cover Bonnie Dobson's 'Morning Dew', a Grateful Dead staple since 1967, one of two songs that they contributed to the compilation.

The compilation is a wide-ranging tribute to the songwriting and experimentalism of the Dead which took four years to record, features over 60 artists from varied musical backgrounds, 59 tracks and is almost 6 hours long. Day of the Dead will be released digitally, on a 5 X CD, and as a limited edition vinyl boxed set. Additional details forthcoming. All profits will help fight for AIDS/ HIV and related health issues around the world through the Red Hot Organization, a 501(c)3.

More information on Day Of The Dead can be found at http://4ad.com/news/17/3/2016/dayofthedead

Red Hot is a not-for-profit, 501(c) 3 organization dedicated to fighting HIV/AIDS through pop culture. Its mission is to raise awareness and money around the AIDS crisis and related health issues. It was started in 1990 by Leigh Blake and John Carlin with the Cole Porter tribute album Red Hot + Blue, which raised millions of dollars, helped reduce the stigma around AIDS at the time and supported organizations and efforts such as ACT UP and T.A.G., which took a stand and made the world pay attention and develop medication that let people with AIDS survive.

Over the past 25 years, over 500 artists, producers and directors have contributed to 20 compilation albums of original music, videos, events and media to keep people thinking about the implications of the AIDS epidemic as well as donate millions to organizations around the world.
Posted by Robert Kinsler at 8:33 AM