Still recovering from the countless hours I spent over the course of four exhausting (but fun!) days at the NAMM Show, but there is plenty of other music news to catch up on too! 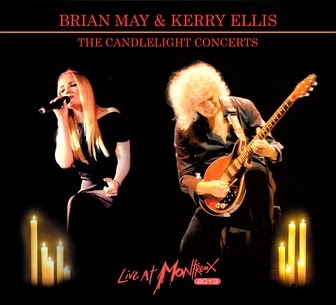 On April 1, 2014, Eagle Rock Entertainment will release The Candlelight Concerts – Live At Montreux 2013 from Queen legend Brian May and West End and Broadway sensation Kerry Ellis as a DVD + CD set, Blu-ray + CD and digital formats.  This release features a great mix of classic songs including “Born Free,” “Crazy Little Thing Called Love,” “I Who Have Nothing,” “Tie Your Mother Down,” “The Way We Were,” “We Will Rock You,” and more.
Filmed at the renowned Stravinski Auditorium during the Montreux Jazz Festival in July 2013, The Candlelight Concerts – Live At Montreux 2013 is a wonderfully intimate show that blends Kerry Ellis’ beautiful voice with the extraordinary guitar playing of Brian May. Throughout a largely acoustic performance of standards, ballads, Queen songs and cover songs, May’s guitar style perfectly compliments Ellis’ theatrical vocals. Also included in the set is the Acoustic By Candlelight CD, recorded live on the UK leg of their tour in Autumn 2012.  As a bonus feature, the DVD includes a performance of “Nothing Really Has Changed” with Virginia McKenna.
Brian May and Kerry Ellis are on tour in the UK in February, followed by dates in Russia, Latvia and Belarus in March. The Candlelight Concerts – Live At Montreux 2013 proves beyond a doubt this pairing of talents is a match made in musical heaven.
Follow Eagle Rock Entertainment at:
Facebook:  www.facebook.com/EagleRockEnt
Twitter: www.twitter.com/EagleRockNews
YouTube: www.youtube.com/user/eaglerocktv
TRACK LISTING:
DVD:
1) I Who Have Nothing
2) Dust In The Wind
3) Born Free
4) Somebody To Love
5) Nothing Really Has Changed
6) Life Is Real
7) The Way We Were
8) ’39
9) Something
10) Last Horizon
11) Love Of My Life
12) The Kissing Me Song
13) Tie Your Mother Down
14) We Will Rock You
15) No One But You
16) Crazy Little Thing Called Love
CD:
1) Born Free
2) I Loved A Butterfly
3) I Who Have Nothing
4) Dust In The Wind
5) The Kissing Me Song
6) Nothing Really Has Changed
7) Life Is Real
8) The Way We Were
9) Something
10) Love Of My Life
11) I’m Not That Girl
12) I Can’t Be Your Friend
13) In The Bleak Midwinter
14) Crazy Little Thing Called Love
15) No One But You (Only The Good Die Young)

ALBUM FEATURES A NEW TRACK BY TEGAN & SARA, PLUS MUSIC BY NONONO, THE BIRD AND THE BEE, GUARDS, ECHOSMITH, TANLINES, AND OTHERS 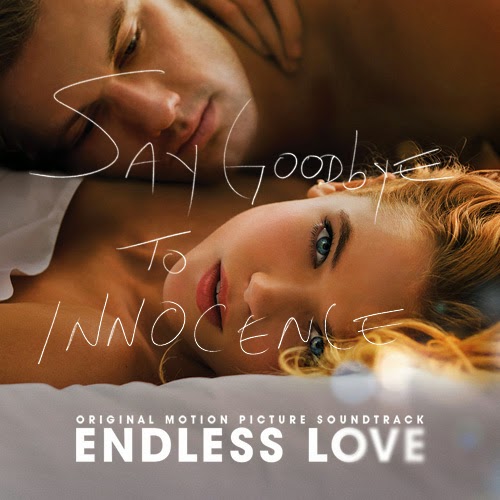 The soundtrack features music from an array of celebrated bands, including the Top 40 hit-in-the-making "Pumpin Blood" by NONONO, as well as The Bird and The Bee featuring Matt Berninger, Echosmith, Franz Ferdinand, Tanlines, Guards, and Tegan and Sara, who perform the track "Don't Find Another Love," which was written specifically for the movie. Please see below for the full track-listing.

The track-listing for Original Motion Picture Soundtrack - Endless Love is as follows:

For more about Endless Love visit: 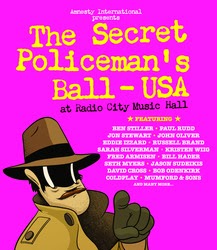