NAMM TEC Awards: Jackson Browne for Les Paul Award / The Section reunites for one night only

Pretty exciting news! I can't believe the 2018 Winter NAMM Show is only a month away! Back in 2011, I was honored when I got to chat briefly with Jackson Browne for The Orange County Register - you can see that article here.

The Section to reunite for on-stage performance and will be inducted into
NAMM TEC Hall of Fame Saturday, January 27 at The NAMM Show 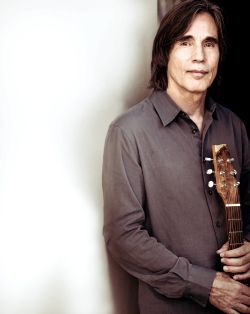 Carlsbad, Calif. (December 20, 2017) – The NAMM Foundation has announced that singer-songwriter Jackson Browne will receive the prestigious Les Paul Innovation Award at the 33rd Annual NAMM Technical Excellence & Creativity Awards (NAMM TEC Awards), being held Saturday, January 27, 2018 in Anaheim, CA. The award is given on behalf of the Les Paul Foundation to honor individuals that have set the highest standards of excellence in the creative application of recording technology in the spirit of the famed audio pioneer, inventor and musician, Les Paul.

Browne has written and performed some of the most iconic and moving songs in popular music and has defined a genre of songwriting charged with honesty, emotion, and personal politics. He was inducted into the Rock & Roll Hall of Fame in 2004 and into the Songwriters Hall of Fame in 2007. His debut album came out on David Geffen's Asylum Records in 1972. Since then, he has released fourteen studio albums and four collections of live performances, and has sold over 18 million albums in the U.S. Browne will be on tour in the spring of 2018. Tour dates can be found here.

“Jackson Browne’s success as a singer, songwriter and guitarist has had a prolific impression on the music industry throughout his successful career,” said Michael Braunstein, Executive Director of the Les Paul Foundation. “Like Les Paul, Jackson has never shied away from expressing his emotions or thoughts through his music. I have no doubt that Les would have liked to share a few jams with Jackson along the way.”

Dubbed the “Knights of Soft Rock” by Rolling Stone, The Section will also be honored during the evening event as the newest inductees to the NAMM TEC Hall of Fame. Reaching their height in the 70s playing alongside the biggest names in the business, including James Taylor, Carole King, and Crosby, Stills and Nash, The Section also released three of their own imprints and toured and recorded with Jackson Browne in earlier years. While no longer recording collectively, each artist now actively works in the studio and on tour and consists of Danny Kortchmar (guitar), Craig Doerge (keyboards), Leland Sklar (bass), and Russ Kunkel (drums). They’ll reunite on stage for a rare performance of some of their best-known hits in support of the evening’s celebration.

The NAMM TEC Awards, held during the global gathering of music, sound and event technology at The NAMM Show, are bestowed annually in honor of the many individuals, companies and technical innovations used in sound recordings, films, broadcast television and video games. Nominees were announced earlier this year. Purchase tickets on site or in advance here FOR $65 (General Admission) or $195 (VIP). The show begins with a VIP-only reception at 6PM, followed by the awards ceremony at 7PM, held in the Hilton Anaheim Hotel’s Pacific Ballroom. Stand-up comedian and entertainer Demetri Martin will host the ceremony.

ABOUT THE TEC AWARDS
Presented annually by the NAMM Foundation during The NAMM Show, The NAMM TEC Awards recognizes the individuals, companies and technical innovations behind the sound of recordings, live performances, films, television, video games and other media in 23 Technical and 8 Creative Achievement Categories. The Les Paul Innovation Award is given at the event in tribute to musical artists and others whose work has exemplified the creative application of audio technology. Through its Hall of Fame, The TEC Awards also honors the pioneers of audio technology and the music industry’s most accomplished producers and audio technicians. The NAMM Foundation’s TECnology Hall of Fame celebrates innovations and ground breaking technical achievements of the past. For more information, visit www.tecawards.org
Posted by Robert Kinsler at 10:34 AM